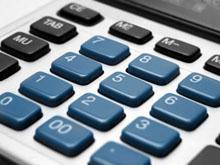 Having been previously designated by the federal government as a Project of National Significance, and now a Major Project due to its current $2.0 billion price tag, the MIC Program was eligible to apply for and receive two loans under the Transportation Infrastructure Finance and Innovation Act (TIFIA), which was included in the Transportation Equity Act for the 21st Century (TEA21). Other major funding sources include various state and local sources, and private sector fees and charges.

The first TIFIA loan for $269 million was closed on June 9, 2000. On July 3, 2006, FDOT prepaid the first loan in the amount of $17.1 million ($15 million in actual loan draws plus accrued interest). FDOT replaced the first TIFIA loan with a more competitive 0% interest internal loan through the State Transportation Trust Fund (STTF). The second TIFIA loan closed on April 29, 2005, in the amount of $170 million. An additional $100 million was requested and approved in August 2007, bringing the total for the second loan to $270 million, the proceeds of which were used to design and construct the consolidated Rental Car Center.

Other Major Funding Sources Include: