Since the 1980s, the Honda CBR1000RR has been the best superbike on the market. But in the last few years, the competition has raised the bar even higher, so Honda had to catch up. The 2017 CBR1000RR was finally shown for the first time at the Intermot 2016 trade show. The CBR1000RR, also known as the Fireblade, looks better than ever and is available in two versions: the CBR1000RR SP and the CBR1000RR SP2.

The 2017 Fireblade is 15 kg lighter and has 12 PS more power than the previous model. This gives it a better power-to-weight ratio by 14 percent. It’s interesting that Honda was able to do that even though the bike had to meet Euro-IV standards. Because emission rules are so strict, exhaust systems tend to be more complicated and heavier. The Japanese company made it lighter by using a magnesium engine cover, a titanium fuel tank, and a titanium muffler. The frame is now 600 grammes lighter and has a better distribution of materials and thinner walls. The same thing was done to the subframe and swingarm to cut another 300 grammes. Now you can see how hard it would have been to get the bike to weigh 15 kg less. 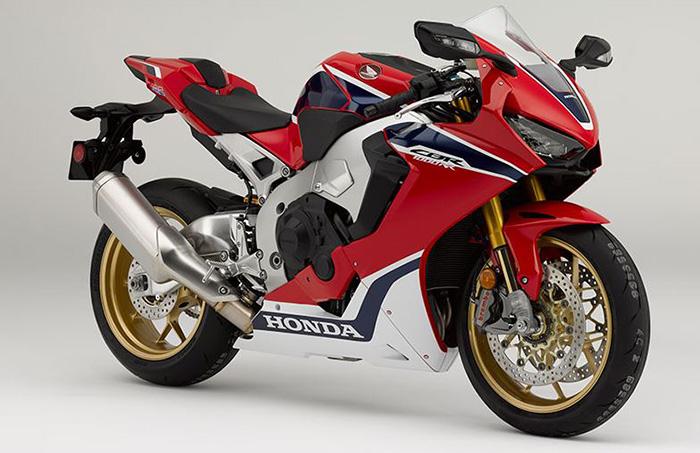 In contrast to the old model, which only had ABS as an electronic rider aid, the new CBR1000RR SP has a lot of electronic helpers that come from the RC213V-S MotoGP bike. It has an electronically adjustable Ohlins suspension, a three-level quickshifter that works for both upshifts and downshifts, rear wheel lift control, a 6-axis IMU, slide control, 9-level traction control, three-level engine braking, and ABS off course.

What’s the point of SP2? Honda also cares a lot about its position in the WSBK, and the CBR1000RR SP2 was made for superbike racing homologation. In the next two years, only 500 CBR1000RR SP2s will be made around the world. The SP2 version will have a different cylinder head with intake valves that are 1mm bigger and exhaust valves that are 1.5mm bigger. Also, the SP2 will ride on lighter Marchesini wheels made of aluminium.

India should get the new CBR1000RR by the middle of 2017 through the CBU route. The price of the new Fireblade is still a secret, but the company has said that for the American market, it will be less than $20,000. If we had to guess, the Honda CBR1000RR SP for the Indian market should cost between Rs 22 lakh and Rs 25 lakh. Still, the company is likely to release the standard CBR1000RR later, which will have a more competitive price.