If you drive a car, you know that it will get dents and scratches. You can be as careful as you want, but you can’t avoid shopping carts that roll away, other drivers who crash into your car, tight turns, and a hundred other things that can damage your car.

If you’re reading this, it’s because your car has a dent and you want to fix it quickly. I get it. No one wants to waste time and money taking their car to a shop. I’m not saying that fixes you make at home will be as good as those made in a shop. But sometimes, all you want is for the thing to look nice.

Here are some quick fixes for dents and scratches on your car:

HOW TO FIX SCRATCHES ON CAR 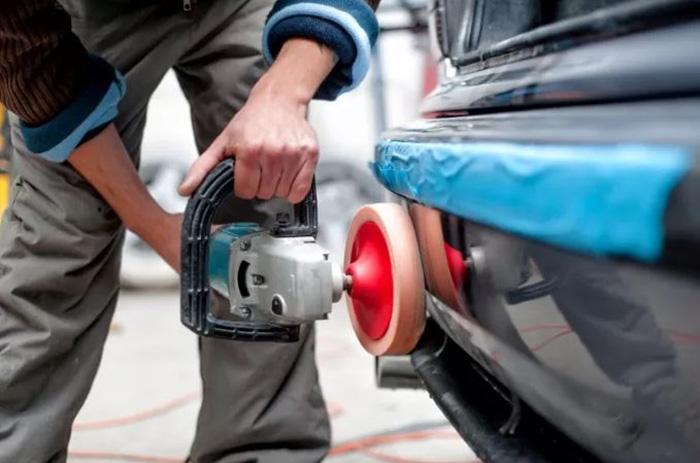 The more work it needs, the bigger the dent. Small dents and scratches are common, but they are easy to fix. All you need is a few minutes, a little elbow grease, and one or more of the following tools:

If the scratches on the car aren’t too deep, you’re in luck. The primer is put on the car first, then the paint. If the scratch hasn’t hurt the primer layer, you can use this method. Run a fingernail over the scratch is one way to find out. If your nail gets caught on the scratch, this method won’t work and you’ll have to touch up the paint. Watch this video to see how Chrisfix gets rid of paint scratches:

If the scratch is only on the surface, all you need is some wet sandpaper with a 3000 grit and some water. Make sure there is no dirt in the area by cleaning it. Put the sandpaper on the wooden block so that the force is spread out evenly. Sprinkle some water on the scratch, and then rub it lightly in a circle with a piece of sandpaper. Take a break to wet the area again, and keep rubbing until the scratches are gone. To finish it off right, use a car polish on it.

When your car lightly touches the bumper of another car, the paint from the other car usually sticks to your car. You might think it’s a scratch, but thank goodness it’s not. All you have to do is use a rubbing compound to cut through that layer and remove it.

Clean the area, put a small amount of paint correction rubbing compound on a cloth, and rub the area in a circle. You won’t even notice the flaws after a few minutes.

Scratch remover cloth are very popular these days because they are so easy to use. It’s mostly a rough cloth with either micro-metal rubbing powder or sand sprinkled on it. The job can be done with rubbing compound and sandpaper, but the scratch remover cloth is less messy and easier to use. I always have a 4-5 on hand in case I need to fix something quickly.

Not ready with rubbing compound? You must have toothpaste, so don’t worry (I’d be worried if you didn’t:P). Just put a small amount of toothpaste on a damp cloth and rub it over the scratch. Just keep rubbing in circles until the scratches are gone. Tip: The most abrasive thing to use in this situation is tooth-whitening paste.

Need something less hard? Use a scratch-removal pen. It doesn’t really get rid of the scratch, but it does fill it with a kind of lacquer that makes it harder. Just run the pen over the scratch and let the liquid fill it up. Just give it a few minutes to dry, and the scratch should be gone. If the paint scratch is deep, you might need to put on two or three coats. Tip: Before using the repair pen, make sure the scratched surface is clean.

Candle wax is your friend if you’re in a hurry and just need a temporary fix. Just rub the wax over the scratched paint until it fills in. If you don’t want to take a scratched-up car to an important meeting, this is a great tip.

Most people just live with swirl marks on their car windshields and get used to them. But who doesn’t like a windshield that looks smooth? Not us, for sure. A clear windshield not only looks great, but it also makes it easier to see at night and cuts down on the glare from oncoming cars’ headlights. Things you’ll need: rubbing compound, a cloth, or a machine that does polishing. Check out this video to learn:

HOW TO FIX BIG DENTS

The above methods work great for small scratches that haven’t made a big dent in the area where they happened. Bigger dents aren’t as easy or quick to fix, but you can do it if you have the time. Let’s go over how to fix a dent in your car:

A glue gun, a wine bottle cork or dowel rod, and a wood screw are needed.

Step 1: Use a bottle cork and a wood screw to make a puller. You can also use 3- to 4-inch-long pieces of dowel rod.

Screw on the screws that are next to each other on the side. This will give you a good grip on the dowel rod so you can pull the dent out.

Step 2: Wash the area where the depression is with soapy water. Then, use a hot air blower to heat up the surface of the dent just a little so that the sheet metal can pop out easily. While you do all of this, you can heat up the glue gun.

Step 3: Use a glue gun to attach the dowel rod to the dented surface. Depending on how big the dent is, put a few dowel pins on it. Then, give the glue a few minutes to cool down well.

If you want to fix a big dent in a car door, hood, or other metal panel, this method works well.

The method described above was completely do-it-yourself, but you can already buy kits that do the same thing. It can come with either a glue gun and a pulling tool or just a pulling tool.

The way to fix it is the same: you just have to pull out the dented part.

You can also pull out a plastic bumper with a suction cup or a dowel rod, but there are two easier ways to do it.

Boiling water has been used for a long time to get dents out of bumpers. Get out two pots. Put boiling water in one and cold water in the other. As a safety measure, you should wear rubber gloves when working with boiling water.

You can also use a hair dryer instead of hot water if you don’t want to deal with it. The idea is still the same: You have to heat up the area enough to get the dent out.

Take your car to a professional body shop to fix dents and scratches. But if you’re like most people, you might want to spend your money on fixing the mechanical problems instead of the cosmetic ones. It makes sense, because a shiny car that doesn’t run well isn’t worth much.

Then there are the people who just like doing everything on their car themselves. When you fix a dented car, you have the perfect chance to do that.

How much Does it cost to fix Scratch and Dent?

A mechanic will usually charge between $50 to $200 for common scratches and dings. But you could do it yourself if you used the tips above.

How to get Scratches and Dents out of Car?

Use sandpaper, rubbing compound, a scratch-removing cloth, or toothpaste to fix scratches. Dents can be fixed with a cork or dowel rod and a suction cup.

Yes, you can get a dent out of a plastic bumper by pouring boiling water over it. But there is a chance that the paint will chip.

Is It Illegal To Sleep In Your Car In California
What Happens If You Put R134A In A R12 System
Vehicle Battery Tester That You Should Know
Can I Buy a Skoolie?