Since it came out earlier this year, the new Ford Endeavour has quickly become one of India’s most popular SUVs. The long list of people who want to buy the American SUV shows that it is better than the Toyota Fortuner. But Ford just surprised us by saying that the Endeavour will be discounted by up to Rs 2.82 lakh. The discount is only available on the Trend versions, while the price of the Titanium fully-loaded version stays the same.

Ford had raised the price of the titanium version of the Endeavour by up to Rs 1.72 lakh in August. And Rs 91,000 was taken off the price of both the Figo and the Figo Aspire. 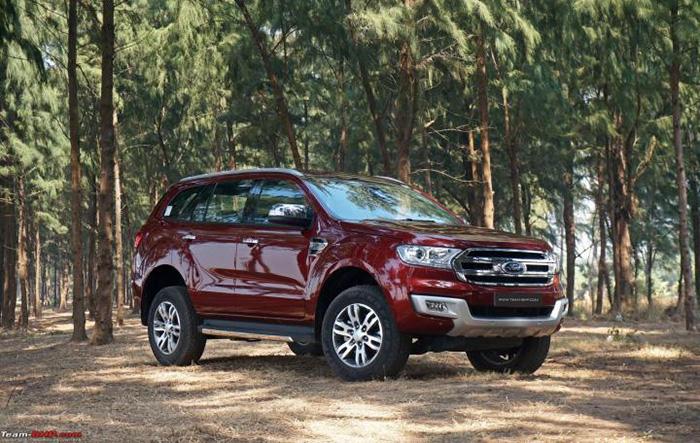 This price cut right before the holiday season will help the company make more money. It will also help compete with the much-anticipated new Toyota Fortuner, which will be released in November. The Endeavour was already thought of as a good deal in its class, which includes SUVs like the Pajero Sport, Fortuner, CR-V, and Santa-Fe.

It’s interesting that this change in prices made the Trend 44 manual and Trend 42 automatic trims cheaper than the base Trend 42 model.