What Is A Fuel Rail Pressure Sensor?

A vehicle’s engine is an essential component. Currently, most internal combustion engines use either gasoline or diesel as their primary source of fuel. Gasoline rail pressure sensors are installed in these engines to monitor the pressure of the fuel in the rail.

Fuel pressure is monitored by this component, which is part of the vehicle’s fuel system. An electronic control unit (ECU) uses the pressure data that the sensor collects to make fuel and timing adjustments in the vehicle.

Fuel pressure is promptly and accurately measured by this sensor. Incorrect information, on the other hand, may cause performance issues. This guide will teach you more about this sensor’s features and capabilities.

Where Is The Fuel Rail Pressure Sensor Located? 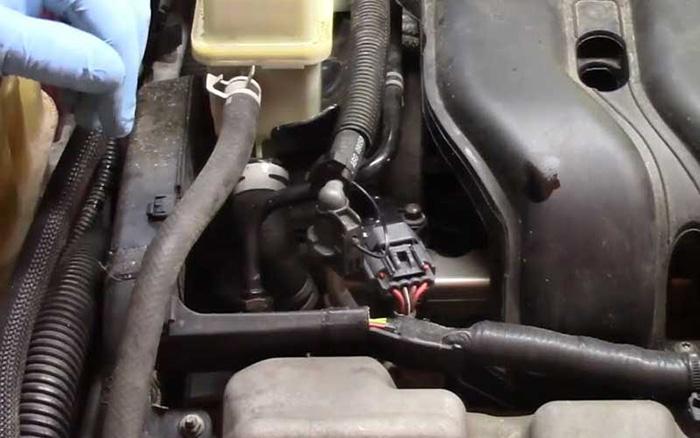 What Is the Process of Operation of This System?

This process results in an increase in electrical voltage, which is then amplified by the current electrical circuit. Afterwards, the ECU receives the information via electrical contacts.

The piezoresistive effect is used to run this strain sensor, which is a resistive strain. According to this phenomenon, distinct longitudinal deformations of conductors result in variable electrical resistance abilities.

Several silicone-based semiconductor films are used in the sensor’s sensitive element. As a result, the rail sensor is protected from the impacts of temperature change. The sensor should be powered by a voltage source of at least 5 volts at all times.

You can see the ground, supply, and output voltage pins on the rail sensor. The sensor outputs voltage based on the rail’s fuel pressure. Typically, the voltage ranges from 0 to 70Mv.

It is only after the pressure has been recorded and evaluated by the electrical circuit that it is converted to a voltage of 0. 5 4. 5V. The sensor measures between 0 and 1800 bar. Every time a reading is taken, it should be correct. Otherwise, the injection system may be harmed.

It is recommended that the average injection pressure be no higher than 2% of the measured pressure. At idle and full load, the ramp’s fuel pressure can vary between 280 and 1800 bar. It will, however, depend on the sort of injection system you have and the amount of pressure it is capable of producing.

In addition, the rail sensor creates signals that are part of the injection loop that must be taken into consideration. Pressing the gas pedal triggers a fast calculation by the engine’s ECU to determine how much fuel it needs to produce the desired torque. Calculating the necessary fuel rail pressure yields this result. 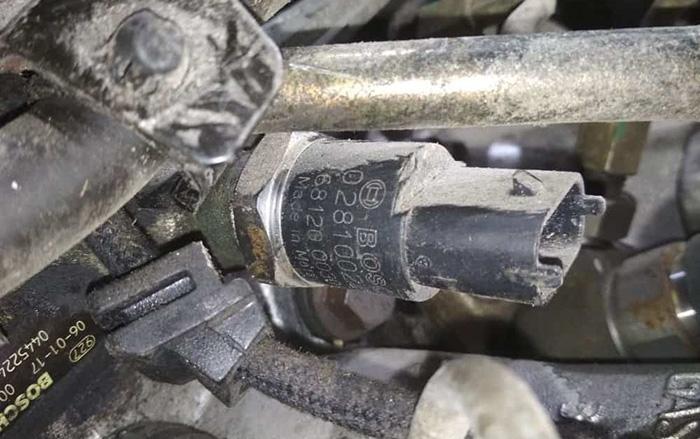 A malfunctioning sensor is dangerous because it interferes with the engine’s functionality. Keep in mind that the rail valve will cause the engine to display incorrect fuel pressure. Therefore, the ECU will control the rail pressure to open the loop instead of running in a closed loop.

Problems with fuel pressure sensors have been reported by numerous motorists. Most of these problems stem from the fact that this sensor is designed to function in extremely hot environments.

However, a malfunctioning sensor does not necessitate the entire rail system to be replaced. Only the sensor needs to be replaced, and the system may be repaired in 15 minutes or less. Listed below are a few warning signals that your sensor may be malfunctioning.

1. The engine does not start or has a difficult start

If your engine won’t start, a bad fuel pressure sensor can be to blame. After a few hard starts, the engine usually refuses to start at all.

A defective pressure sensor affects the amount of gasoline the ECU supplies to your engine, so be aware of this. Your car won’t start if you don’t have the necessary amount of fuel.

No fuel is being delivered to the fuel rail because of a defective fuel rail pressure sensor. Therefore, it could send more or insufficient amounts.

3. Check engine light is on

Vehicles are equipped with an engine control system that is able to detect problems with the engine. The check engine light is activated if there are any concerns.

You may not need to worry about your car’s engine if you see a check engine light. It does, however, suggest that the engine is being hampered by anything else.

Diagnostic scanners are typically able to identify if a rail pressure sensor has failed. Diagnostic trouble codes (DTCs) for the OBD2 indicate that a sensor is malfunctioning.

If you’re having difficulties getting your car to accelerate, you should get the rail pressure sensor checked. The ECU’s signals to the fuel system are affected by a malfunctioning pressure sensor. Because it doesn’t know how much pressure the engine is under, it may send out inaccurate information.

Even if your car is at a standstill, this can still happen. The fuel rail sensor is a common cause of this problem. When your car’s engine stalls, it’s extremely frustrating and can even be dangerous. If you’re encountering this issue, please take your car to the local garage.

6. You feel like you’ve lost a lot of engine power.

The fuel rail pressure sensor should be checked if you observe a substantial decrease of engine power, intermittent or continuous.

How Much Does Fuel Rail Pressure Sensor Replacement Cost?

The cost varies from vehicle to vehicle. However, a new sensor and the replacement are typically priced between $200 and $400.

Sensors typically cost between $50 and $120 per. After that, the mechanic costs $150 $280. Where you park your automobile also has an impact on your overall expenses.

The engine of a car relies heavily on fuel rail pressure sensors. In order to provide correct information, they must always be in perfect functioning conditions. Take your vehicle to a mechanic if you detect any of the aforementioned symptoms.