Most people say that the engine is the most important part of a car. Well, if you really think about it, the fuel pump is more like the heart of the car. The only thing the fuel pump does is move fuel from the fuel tank to the engine.

When you turn on the car’s key, you hear a humming sound. This is the fuel pump pressurising the fuel rail before you start the engine. For the engine to work right, the fuel line needs a certain amount of pressure. When the fuel pressure drops too low, you’ll have trouble driving in a lot of different ways.

These days, all new cars come with a fuel pump. So, it’s important to know what a broken fuel pump looks like.

Symptoms of a broken fuel pump include slow acceleration, trouble starting, engine stalling, engine not starting, revs not going above a certain point, and a loud noise coming from the tank.

If you only drive slowly in the city, your car might seem to be running fine. But if you try to speed up, the engine won’t give you much power. If you keep pushing the gas pedal, it might even start to sputter.

This is more obvious when the engine runs for a longer time at higher RPMs. This happens when the fuel pump can’t make enough pressure in the fuel system. And if the engine doesn’t get enough gas, it won’t work well. 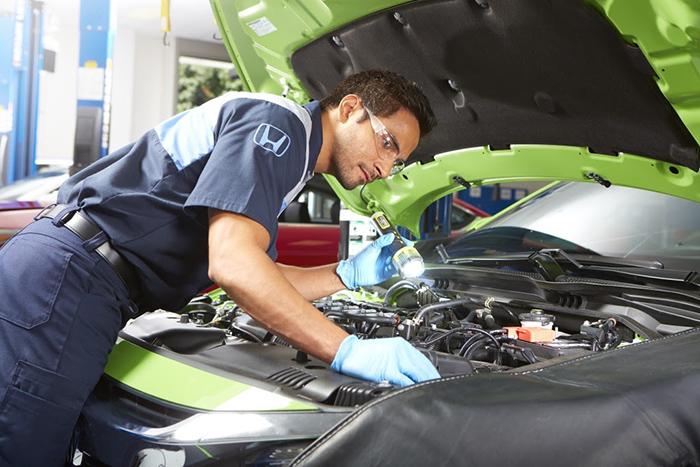 There are many things that can make it hard to start, like a weak battery, a broken starter motor, an electrical problem, etc. But a broken fuel pump could also be to blame.

If you don’t hear the fuel pump humming before you start the engine, that’s a clear sign that something is wrong. Now, the problem could also be caused by a fuse that has blown. Check the fuse box before you take the fuel pump out of the car.

Do you find yourself stalling your car more often lately? You might think that the clutch isn’t working right. But don’t say that the fuel pump is fine.

To move a car from a stop, the engine needs more fuel. If the pump isn’t giving the engine enough fuel, the car will easily stop.

Does your rpm go up more slowly than it used to? Maybe the rpm needle doesn’t reach redline even if you put your foot down hard.

You can also try this in neutral, when the car is stopped. When you fully press the throttle, the car might even start to misfire. 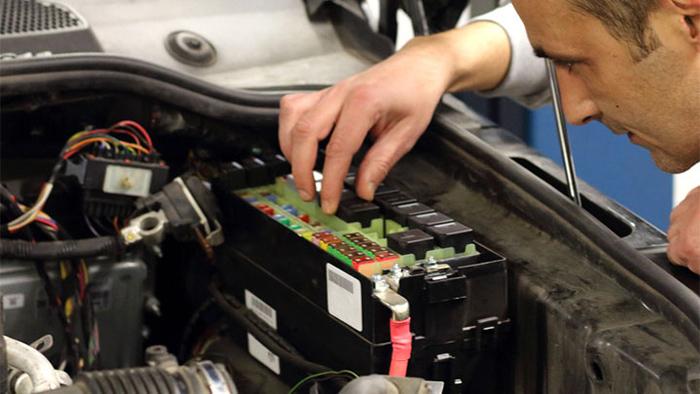 Do you hear a loud buzzing noise coming from the gas tank? This could be your gas tank’s way of asking for help. When the parts inside the fuel pump rub against each other a lot, it starts to get louder.

The fuel pump should be changed as soon as possible. That’s because the pump is getting too hot and will break soon.

Do you smell fuel that hasn’t been burned coming from your car’s tailpipe? This means that there is too much fuel in the engine. Even though the car’s ECU controls how much fuel needs to be sent to the injectors, the fuel pump may sometimes put too much pressure in the rails.

This can happen if a sensor is broken and sending the ECU the wrong signal. A fuel pump that is broken or doesn’t work with the car could also be to blame.

Other Things that can Show Similar Symptoms

Fuel filter clogged: If the fuel filter is clogged, the pressure in the fuel line could also be low. Every car has a fuel filter that needs to be changed at regular times. But if the fuel in your area isn’t pure, the filter would get clogged up faster.

The fuel filter is an important and cheap replacement part, so you could change it sooner than the manufacturer suggests.

Bad fuel: All gas stations regularly check their fuel, but some either don’t do it or do it on purpose. Even water can sometimes get into the underground tanks that hold fuel at gas stations.

Now, if you put this bad fuel into your car, it won’t run right. Newer cars are sensitive to bad fuel, but older cars might not mind a little bit of impurities. If you think the fuel might be bad, it’s best to flush it out instead of running it through the engine because it could damage the engine.

Problems with the electricity: There are a lot of wires going into the fuel pump. Electrical problems could be caused by a loose connection or a connection that has rusted. Because of this, the fuel pump might lose power or not work right.

It’s a good idea to use a voltmeter to check for voltage drops and continuity.

Older cars need to have their spark plugs cleaned more often because they get dirty. But fuel is burned more efficiently in newer cars, so very little carbon builds up on the spark plug.

But if you are having trouble driving, you should still check the spark plugs.

Air is one of the most important things that must be present for combustion to happen. If the engine doesn’t get enough air, it will have trouble running right.

If the air filter is dirty, the car will run slowly and the engine won’t be able to run freely. Thankfully, it only takes 10 minutes to clean an air filter. Just take the air filter out of the air box and tap the dirt out. Even better is to blow out air with an air compressor or a leaf blower.

Running the car often with low fuel: Do you run the car on reserve fuel and only fill it up to a quarter tank? You might be hurting your fuel pump, though.

Running low on fuel once in a while is fine, but in the long run, your fuel pump would break down sooner.

The fuel pump is inside the fuel tank. When the car is moving, fuel splashes around and the pump sometimes takes in air. This causes the fuel pump to get too hot because the fuel is also used to cool it down while it is working.

When the fuel pump gets too hot or runs out of fuel, the internal parts wear out faster. So, try to keep the fuel level above the quarter mark at all times. On long trips where you can’t see a gas station, running out of gas isn’t a big deal.

Fuel that isn’t clean: If water, dirt, or rust from the fuel tank get into the fuel pump, it could damage it. Inside the fuel pump, the tolerances are very tight, so dirt or corrosion can act as sandpaper or get stuck inside.

Clogged fuel pickup strainer: Before the pump, there is a mesh filter that keeps large contaminants from getting into the fuel line. If this gets clogged, the fuel pump has to work harder to get the pressure it needs. In the long run, this can wear out the pump.

What Is A Fuel Induction Service?
Legal Tint In Nebraska That You Should Know
Clogged Exhaust Manifold Symptoms
Reason Automatic Car Stalling