People who like trucks are a special breed, and you know you want your faithful friend to keep working for as long as possible.

Your truck can do the things you want it to do because of the tailgate. It is also a part that gets beaten up a lot.

Here’s what you can expect if you need to replace your tailgate to get a few more years out of your old friend.

The cost of the materials and labour to replace a simple tailgate is about $500. It will cost several thousand dollars to replace more complicated tailgates that fold in different ways and require cutting and splicing the electrical system or hooking up sensors.

So, let’s look at why tailgates need to be replaced in the first place and how much it might cost to replace one.

Why Do Tailgates Need to Be Replaced? 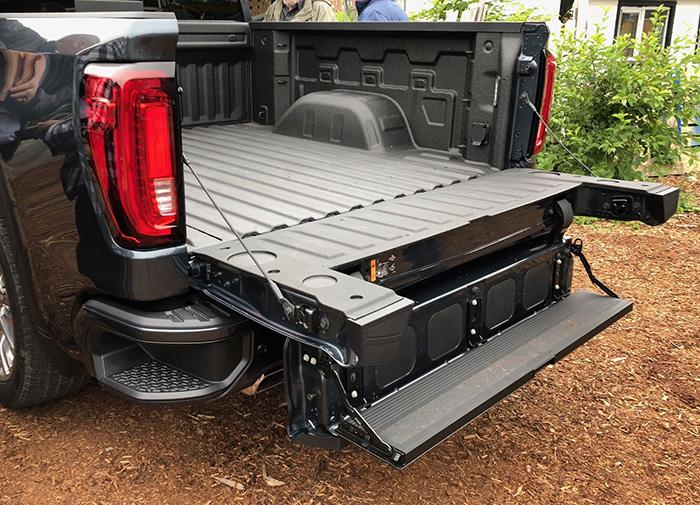 You might need to replace your tailgate for a number of reasons. It might have some dents and scratches from an accident.

Maybe rust has taken its toll on it. The handle and hinge might no longer work.

There are now a lot of different styles of tailgates, and you can get a new one for your truck.

If you have a standard tailgate, you can choose a tailgate with vents that improves airflow and the way the car moves through the air.

You can also choose a special V-gate tailgate with a hole for the tongue of a fifth-wheel or gooseneck trailer.

Some companies now make trucks with power tailgates that can be opened and closed with a button on the key fob, just like a car’s power liftgate.

The hydraulic systems in today’s tailgates make it so that when you open them, they slowly lower instead of falling down.

GMC’s tailgate is unique because it can be opened in six different ways.

Tailgates aren’t as simple as they used to be, so there are more parts that can break.

Tailgates now come with anti-theft devices, but they can only do so much, and some incidents still happen. 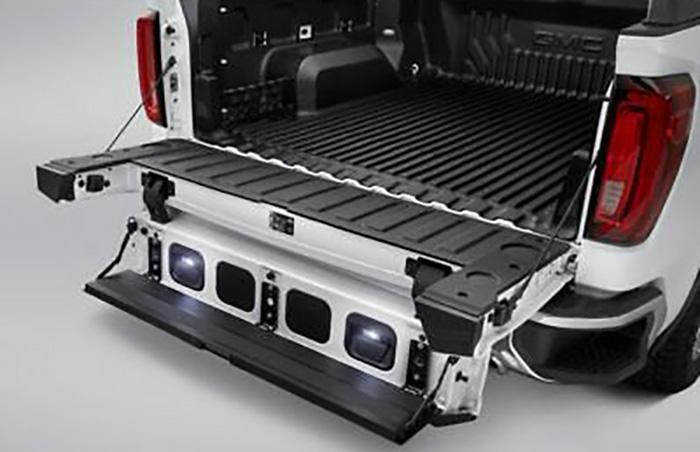 As you can see, tailgates are more complicated than they used to be, and replacing them is not as easy as it used to be.

If you need to replace a tailgate, you may be wondering what to expect.

The answer to this question depends on the make and model of your truck, as well as whether you’re replacing it with a similar part or giving your truck an upgrade.

Let’s look at a few examples to get a better idea of what it means.

If you are handy, you might be able to replace a standard tailgate yourself with the help of a good friend.

If you choose this route, you need to think about the tools you’ll need, your skills, and how heavy the tailgate is.

If you don’t know how the process works, this is one job that can take longer than it seems at first!

Where you take your truck to get serviced can affect how much labour costs. If you take it to a smaller repair shop instead of a dealership, it will probably cost you less.

The problem with this option is that a dealership will usually fix the car to factory specs and may have technicians who have been trained by the factory.

If your truck is still under warranty, it is usually best to have the repair done at a dealership by a certified technician.

AAA says that the cost of auto repair labour can range from $47 to $215 per hour and is very different from one place to the next.

The cost of overhead and running their business is one of the main things that affects labour rates.

The price for labour can also be affected by how skilled and certified the technicians are.

The job could take anywhere from one to four hours, depending on how hard it is and how good the other buildings are.

2. Replacing a Tailgate Handle or Lock

If all you need to do is replace the handle on your tailgate, the price is usually between $117 and $127 in most places.

This can be different depending on the brand, model, and year of your truck. A simple job usually costs around $40 in labour.

This price is for a simple locking mechanism that works with a key. An electronic one will cost at least twice as much.

Getting a ding or dent fixed usually costs between $60 and $300, depending on how big the damage is and how much paint needs to be touched up.

If you can fix the tailgate, it will cost much less than buying a new one.

Whether to fix or replace a truck’s tailgate depends on how well it works and how long ago the warranty ran out on the truck.

If you have an older tailgate that locks with a simple key, you can get a cheap one for as little as $115.

But this doesn’t include the cost of the work to put it on.

The labour for a simple job might only cost a few hundred dollars, so you could get a simple tailgate replacement for about $500.

This is the very least a tailgate can have if it doesn’t have any electronics or a hydraulic system.

Prices usually start at around $1,200 for a tailgate with power up and down, a backup camera, an anti-theft device, or other upgrades.

For a more advanced system, you could realistically expect to pay around $3,600.

For people with tailgates like the GMC MultiPro system, the part alone costs at least $3,000.

Work involves cutting and splicing the electrical system and connecting sensors and other high-tech computer parts.

This type of tailgate needs special skills to install, so you can expect the labour costs to be high on top of the cost of the part.

Depending on what kind of tailgate you have, the cost of fixing or replacing it can be very different.

Modern trucks have tailgates that are more than just doors; they are high-tech parts of the truck.

Now you have an idea of how much it might cost to replace the tailgate on your truck, and you also know that you have a lot of choices.

Can A Car Run Without A Catalytic Converter
What Are The Symptoms Of A Faulty Thermostat?
2008 Chevy Colorado Tow Capacity
Top Signs Of A Bad Motor Mount