How Much Is The New Harley-Davidson Bicycle? Updated 12/2022

Even though Harleys are known for moving slowly and in style, the Milwaukee team seems to have gone too far. The Harley Davidson Museum will have a copy of the Model 7-17 from 1917, which will be made by Harley Davidson. This will be the slowest and lightest Harley Davidson you can buy from the company. It will depend on the strength of the rider to go fast.

Yup! We’re just as surprised as you are to learn that an American company known for its loud V-twin motorcycles is making bicycles. But it reminds me of when Harley Davidson used to make bicycles for a short time. From 1917 to 1922, Harley spent 5 years making pedal bikes to get young people interested in HD. If a first-time rider started out with a pedal bike, they would feel at home and might eventually move up to a bike with a motor. 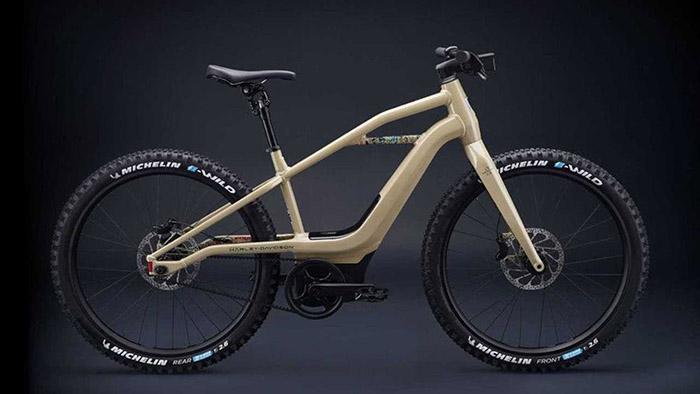 Harley is having trouble getting young people to come into the showroom. That’s because teens with a lot of adrenaline in their bodies now have easier ways to ride to the devil’s door. They don’t want to be seen riding a laid-back cruiser with a power rating that’s probably so low that Harley wouldn’t say what it is.

Heritage Bicycles, which is based in Chicago, is making these copies for HD. The Harley Davidson Museum in Milwaukee, Wisconsin, will eventually have a place for them. Soon, the first 10 hand-made bikes will be sold for about $4,200 each (Rs. 2.75 lakh). Once it goes on sale, people will be able to buy this replica bike online.

Looking Back But Moving Forward

The LiveWire project might be the best way to get a tech-obsessed kid interested in a Harley Davidson motorcycle. Their first electric bike should go into production as a 2020 model by the end of 2019. The LiveWire’s technology is the most cutting-edge of all of its bikes. But it still feels like a Harley because it has a lot of torque and is pretty loud for an electric bike. Harley says that the noise sounds like a turbine so that the bike still looks like a Harley but has a futuristic touch.