Honda’s new ADV bike, the Africa Twin, has been out for over a year now. It was first shown at the 2016 Auto Expo.

The Africa Twin will compete with the older Triumph Tigers and the newer BMW R 1200 GS. It will cost Rs. 12.9 lakh (ex-showroom, Delhi).

The Honda has a 999cc parallel twin engine that puts out 87HP at 7500RPM and 92Nm of torque at 6000RPM. That’s seven less horsepower and eight less Nm of torque than its international equivalent.

But that’s not the end of the changes made for India. Our average height is not very tall, so the seat is also set lower, at 820mm instead of 850mm on the international Twin. The saddle can also be raised by another 20 mm. Thankfully, none of this comes at the expense of the 250mm of ground clearance. The Royal Enfield Himalayan, which is easy on the wallet, stands 220mm off the ground and has a saddle height of 800mm. 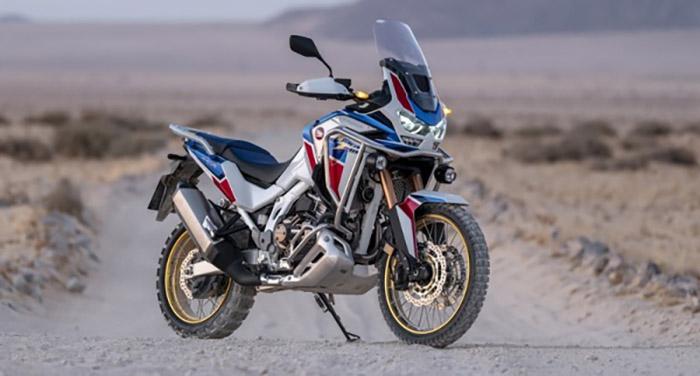 The powertrains of the GS, Tiger, and Twin are all different. The BMW has a flat-twin engine, while the Tigers have inline-three engines and the Africa has a parallel-twin engine. All of them have different ways their engines are put together, but the Honda has more than that. The Africa Twin is different from the other two adventure bikes because it has a 6-speed dual clutch automatic transmission. It’s the only ADV bike that doesn’t have a clutch or gear lever. With a price of about Rs. 13 lakh, it is also the least expensive automatic ADV bike in India.

With an automatic transmission, you can’t get stuck no matter what the terrain is like. If the Africa Twin senses a steep slope, it can also stay in lower gears. Even though it doesn’t make sense, you can use buttons to change gears. If you want to use the clutch lever to control the amount of power exactly, this bike isn’t for you. The version with a manual transmission is also not likely to come to India soon.

The Africa Twin, also known as the CRF 1000L, lets the rider switch the ABS and traction control to “off-road” settings for use on trails. So, the ABS will only work on the front wheel, and the rider will be able to lock up and slide the back end. Similarly, traction control lets the rider play around with the throttle and only brings the rear wheel back into line when it’s way off. Since the Africa Twin doesn’t have ride-by-wire, tourers can say goodbye to cruise control. Its competitors have electronic controls for the throttle, but the Honda only has a cable-operated one.