The Indian motorsport scene is very active right now, and aspiring racers have a lot of choices. Honda will bring the NSF250R Moto 3 spec bike to India next year to give Indian bike racers even more chances to win. Honda wants to “create a famous Indian rider who can win national and international titles.”

Honda has won more than 750 Grand Prix races, and now the company wants to do the same in Asia and Oceania. In these places, including India, Honda has set up three new teams. Asian riders will be able to join these teams and compete at international racing championships. 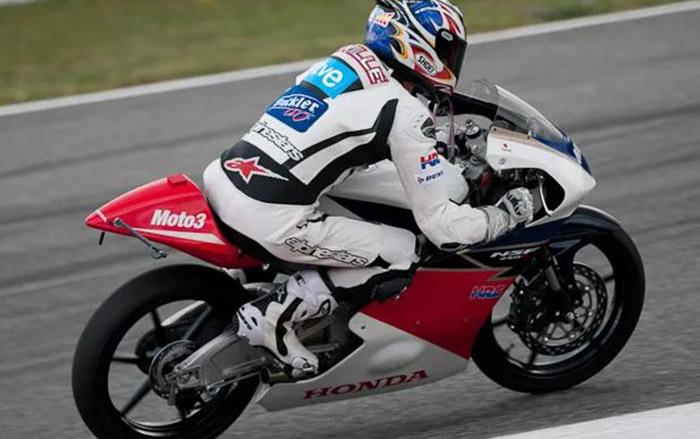 These competitions are steps on the way to the top MotoGP competition. Honda Two Wheeler India said, “It hopes to see an Indian rider on these teams to represent the country.”

The president and CEO of HMSI, Minoru Kato, said, “Now that we have a clear development path and a structured way to train riders, we want to take Indian motorsport to the next level. The NSF250R, which is a Moto3 machine, will be used as a race bike in India next year. The best racers in the country from the Honda India Talent Cup and the national championships will race on the NSF250R in a separate series that runs alongside the national championships.

The Honda NSF250R is a race-spec, lightweight motorcycle that is very competitive. It has a single-cylinder engine that is 249cc and makes about 50 PS of power. It has a frame that can be set up in a number of different ways to fit different riding styles. On the Cycleworld website, you can find out more about the NSF250R.

Prabhu Nagaraj, vice-president, Brand & Communications, HMSI, added, “Riding experience on a purpose-built racing motorcycle will help Indian riders gain a competitive edge, putting them on par with international racing at an early stage in their careers.”