What’s The Difference Between Honda Vs Acura? Updated 09/2022

If you’re trying to decide between a Honda and an Acura, you may be wondering what makes them different.

Both Honda and Acura cars are made by the Honda Motor Company. Acura is Honda’s luxury brand, which was started in the 1980s.

A lot of people think that Hondas and Acuras are the same, and in some ways they are.

For example, they usually use the same chassis across their different lines.

But there are some important differences between the brands that you should know about before deciding which one is best for you.

This article looks at the differences between Hondas and Acuras so you can make a better decision about which car to buy.

Overview: What Sets Them Apart? 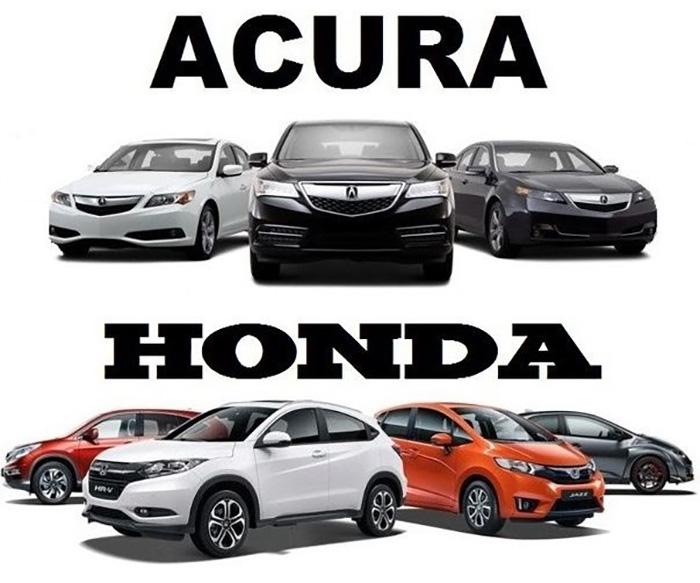 When you buy an Acura, you’re paying for a high-end experience.

You can get high-end technology with an Acura, and features like power seats come as standard.

Acura is Honda’s line of luxury cars, so if you buy one, the inside will be very nice.

The luxury suite from Acura is full of things like leather seats and high-end stereo systems.

On the other hand, Honda’s design is focused on being functional and useful.

Acura has a small selection of cars that are aimed at people who want a luxury experience.

Honda seems to have something for everyone, from coupes and sedans to SUVs, trucks, and minivans.

Let’s look at some of the ways that Honda and Acura are different.

Not always do you get what you pay for when it comes to how well something works.

Compared to other cars in the same class, Honda is better in more ways than Acura.

The NSX and RDX from Acura have great performance, but most other cars in their class are better.

Honda cars, like the Insight, Fit, Civic, and Odyssey, tend to do better than similar cars in many categories.

Even though it’s not as fast as an Acura NSX, the Honda Odyssey is the best minivan out there.

The main difference between Honda and Acura is that more cars beat Acura than Honda.

So, you get more for your money with a Honda, which is hard to beat in terms of performance.

With the exception of a few brands, you will get a better-performing car from a competing luxury brand than from Acura.

Both Honda and Acura make reliable cars, so they are in a dead heat when it comes to reliability.

Honda used to make some of the most reliable cars in the world, but that is changing.

Based on data from JD Power, most Honda and Acura cars have average ratings for how reliable they are.

In the last three years, only two Honda and Acura cars got below-average ratings.

At the same time, the Honda Fit, CR-V, and Ridgeline, as well as the Acura TLX, are all cars that have received above-average ratings.

Since both Honda and Acura cars have the same predicted reliability ratings, it’s hard to say which one is better in this area.

Most people who want to buy a car put safety at the top of their list of things to think about.

No matter if you buy an Acura or a Honda, you will get a very safe car.

The National Highway Traffic Safety Administration and the Insurance Institute for Highway Safety both say that Acura and Honda do well in crash tests.

As part of the safety package, some Acura models have a surround-view parking camera system, automatic high-beam headlights, and traffic jam assist.

Other safety features that some models come with as standard or that you can add to your model are:

LandWatch is a video feed of the blind spot on the passenger side that shows up on the infotainment screen of the car.

Parking sensors in the front and back

Cross-traffic alert for the back

When it comes to safety, Acura is better than Honda because it has more features.

Acura is known for its small and mid-size SUVs, which make them a good choice if you want an SUV.

Acura’s RDX has a fast engine and sharp handling, making it better than Honda’s small SUVs.

Models of the RDX come with a panoramic sunroof, a 10.2-inch screen, and a WiFi hotspot, as well as a high-quality interior with a lot of standard features.

Both the CR-V and the HR-V from Honda have a lot of space for people and things.

The CR-V is built on the same platform as the RDX, but its engine is less powerful and it comes with fewer standard features.

Honda makes great SUVs, but Acura wins this category by a narrow margin.

Since the Acura is the luxury car, it would make sense to think that its interior is better than that of the Honda.

But Honda has great interiors, which makes it less clear that you should get an Acura.

Most Acuras have interiors that are close to being luxurious.

Honda comes with comfortable seats, good materials, and a lot of space for cargo.

Compared to other luxury cars, Acura doesn’t have as nice of an interior. A fully-equipped Honda costs less than an Acura with the same interior.

So, when it comes to the inside, Honda is the clear winner.

Unless you have a lot of money on your own, price is probably one of the things you think about when it’s time to buy a car.

To compare the prices of Acura and Honda, we need to see what you get for your money.

Even though an Acura has more standard features than a Honda, a Honda is a better value for the money.

For the price of an Acura’s base model, you could buy a Honda with everything it has to offer.

An Acura has a more powerful engine than a Honda, but a Honda has more features and costs less.

In general, it costs more to maintain a luxury car than a non-luxury car, and Acura and Honda are no different.

But unlike other luxury car brands, Acuras are not much more expensive to maintain than Hondas.

Unlike the Lexus line from Toyota and the Infiniti line from Nissan, many parts of the powertrains in Acura and Honda cars are the same. This keeps Acura maintenance costs close to Honda costs.

Maintaining an Acura will cost a little more, but the difference isn’t big.

Whether you choose a Honda or an Acura will depend on your own tastes.

Acura is probably the best choice if you want a high-end experience.

But if you want to get the most for your money, a Honda is a much better choice.

Honda is the practical choice, while Acura is the luxury choice. Which one is best for you depends on your needs.