Your automatic car won’t start and you need to get to work. What do you do if you don’t have a portable jump starter?

Can it be started by hand like a car with a manual transmission? Does it matter what kind of automatic transmission you have?

Is It An Old Car?

If you have an older car, you might be able to start the automatic transmission by pushing on it. It’s not the best choice, though, because it takes a lot of speed (faster than you can push).

What age does the car have to be? Kind of old. Like old school old.

You see, back in the day, some of the first automatics had the pump at the back of the transmission, and you could push start those. If the car is in gear and moving, the pressure would come from the back pump even if the engine wasn’t running.

For some makes, you’ll need to go between 15 and 30 mph to get enough torque through the torque converter to turn the engine over enough to start it.

But because of the change in design, newer automatic transmissions can’t be started by pushing. One thing that isn’t automatic is the Classic Mini (also Austin America). It has an extra pump on the drive side of the clutches to build up the pressure it needs to start. This transmission is also the oil pan, and engine oil goes through it.

When Your Automatic Transmission Won’t Start 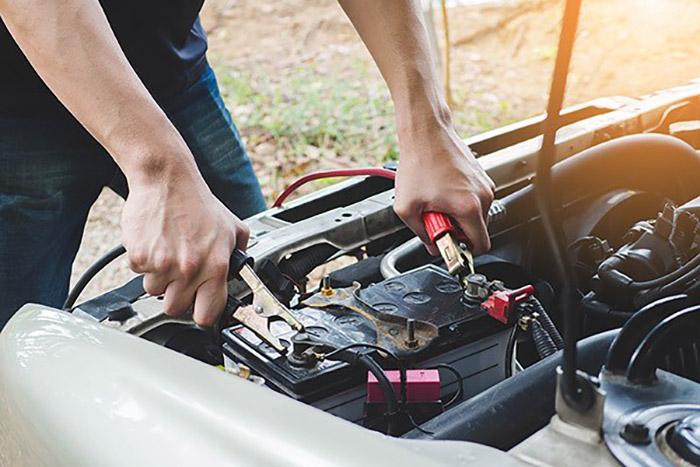 As you can see, there isn’t much chance of getting an automatic transmission going with a bump start. So, if you’re sitting in your car and the engine won’t start, you’ll need to find a way to jump start it.

You can do one of two things to jump-start an automatic transmission:

Jump-start another car with jumper cables.

Use a portable jump sta

The process is pretty much the same no matter which of these options you choose.

You will connect the alligator clips to the positive terminals and then to the negative terminals. After that, you start the other car (or the portable unit). Try to start your car again after a few minutes.

What If It Still Won’t Start? 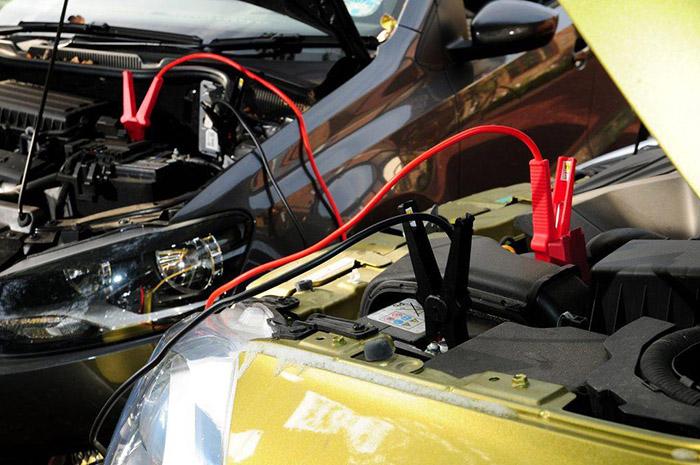 Sometimes, even trying to jump-start an automatic transmission won’t work. So, what’s next?

It’s possible that you need to change the battery. If you pay for a service like AAA Auto Club, you can call them to bring you a battery and put it in your car.

If you can’t do that, ask a friend or family member to go shopping for a car battery and bring it back to you.

You might not have a bad battery, but a bad alternator. This happened to me once on the way to Cleveland. A mechanic will need to check the alternator.

You can have the car towed to a nearby mechanic or to a car dealership.

Get The Vehicle Towed

If you’re not at home or want to take the car to a repair shop, you should call a tow truck. This is another time when your AAA Auto Club membership can come in handy.

Keep in mind that towing a car can be expensive, and only the Plus level of a AAA membership comes with a free long tow haul.

Your car insurance may also cover the cost of towing, so check that out before you pay out of pocket.

Cars with automatic transmissions also have special fluid clutches that don’t give power if the parts are turning slowly. This is why a car can sit at a stoplight with its engine slowly turning over and not move. In the same way, if you push a car while walking or running, the wheels won’t be able to send enough power to the engine to get it going.

So, to get an automatic car moving again, you need jumper cables or a portable jump starter.

BMW Dealerships In Florida
What Are The Functions Of A Crankshaft Seal?
Are Mini Coopers Good In Snow?
Launched 2017 Volvo V40 V40 Cross Country Price Inside