The PCV valve, also known as positive crankcase ventilation, is a critical component of a car’s engine but is largely ignored by drivers. What is the PCV valve and how may it benefit the engine will be discussed in this article.

What is a PCV valve? 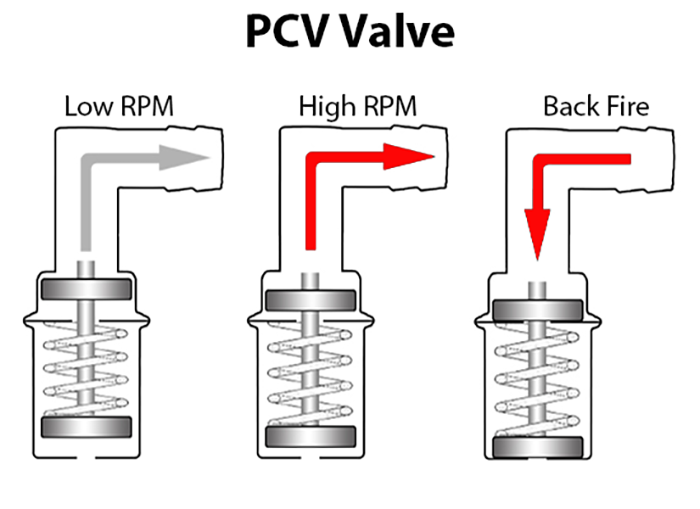 The PCV valve is critical to the engine’s optimal operation. Positive crankcase ventilation is the PCV acronym. In addition to storing oil, the crankcase serves as the engine’s primary heat shield.

When fuel is consumed in an engine, a lot of the gas is expelled into the exhaust, but a few manage to find their way into the crankcase. A bad thing is that gases can mix with crankcase oil, forming sludge, which can choke the engine, making it difficult to start.

The PCV valve is responsible for removing these gases from the crankcase by reintroducing them to the intake system, where they are mixed with the fuel for combustion.

How does a PCV valve work?

When the engine is running, heat exchange takes occur. From these exchanges, heating and cooling will naturally result in condensation. ” Oil has an additional purpose in addition to lubrication and cooling. As a sponge, the oil wicks moisture away from the metal to keep it from rusting.

Consequently, moisture is evaporated when the temperature is high enough, but fine oil or fuel steam also evaporates.

Steam will be produced if the oil’s moisture evaporates. Engineers had to come up with a new approach to remove harmful gases from the air because of environmental regulations. The fumes were to be included into the combustion process. So the PCV valve is essentially a ventilation system within the body.

Why is a PCV valve important?

As I mentioned before, this engine part is responsible for reintroducing the combustion gases back into the combustion chamber. In the absence of it, the engine will eventually fail, and if you drive at high speeds, the gases inside the crankcase will produce pressure inside, which will lead to blown gaskets, damaged seals, and oil leaks.

Symptoms of a bad PCV valve 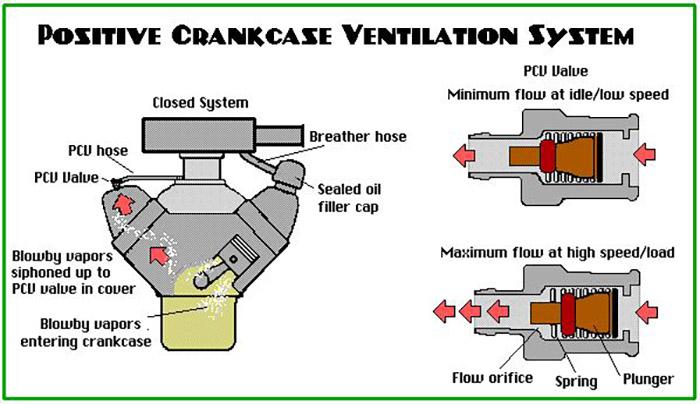 Do these valves have the potential to cause damage or may they just fail?

This PCV valve, not the hoses or other components, is the most critical aspect of this entire ventilation system.

Cars with gasoline engines, in particular, are more often than not to have PCV valve issues. Due to the fact that the valve includes plastic hoses and is situated in an area with high temperatures, it is inevitable that this valve will break and need to be replaced.

In the event of a backfire, the throttle and PCV valves are both shut down to prevent further damage. In order to appropriately attribute the problems to a malfunctioning PCV valve, we must first grasp how this system functions as a whole.

Steam can build up in the intake if the valve doesn’t close properly, as it might do while the engine is idling.

The following are the most prevalent signs of a malfunctioning PCV valve:

During idling or accelerating, if the PCV valve is damaged, faulty mixtures can cause problems. The cylinders will not ignite if the mixture is too poor. The spark can stop if the mixture is excessively rich, which can lead to misfires as well.

You can feel the acceleration of the automobile at both high and low RPMs because the mixing is incorrect.

Oil leaks and its increased consumption.

PCV valve failure can cause crankcase pressure to build up, damaging gaskets, blowing seals, and eventually causing oil to spill out of the engine.

Black or white smoke will be eliminated from the exhaust depending on the type of mixture. If oil enters the combustion chamber, the smoke that is expelled can also be blue. PCV valve malfunction is a possible cause of all three types of smoke.

Idle RPMs will rise if the PCV valve is faulty, as the crankcase and intake will be unable to communicate with each other. As a result, if you notice this symptom, you should get the PCV valve checked.

There are two ways to tell whether you have an issue with the PCV valve in your car: if the check engine lights up and flashes, or if it doesn’t light up at all. However, an OBD scanner is preferable.

There are a number of unpleasant symptoms that might accompany a vehicle’s high oil consumption, such as oil deposits on valves, heavy engine starting, oscillating idle, and even engine failure.

Because it is mechanical and does not connect with the ECU (electronic control unit), the oxygen sensor (Lambda Probe) or the MAF / MAP sensor can have problems in older cars with this valve.

When to change the PCV valve?

The lifespan of this valve is quite variable; it may perform admirably for thousands of miles or it may malfunction due to the driver’s driving style.

Depending on driving conditions, the PCV valve can last for more than 100,000 miles. However, if the driving is poor or the car is only driven for short distances, the valve may fail after only 30,000 miles.

Is there a reason this valve is particularly sensitive to short distance?

One problem is that oil cannot achieve an evaporation temperature in a quick time when driving short distances, which results in an earlier oxidation of the valve and consequent blockage. As a result, the oil loses its ability to lubricate more quickly.

PCV valve replacement is a relatively simple procedure that can be performed by anybody with basic mechanical expertise. However, we recommend that you seek out the services of an experienced technician for this task.

Consequently, the valve can be removed from its support with only a few keys and a screwdriver for the hoses. We recommend using Teflon tape for metal threads while installing a new PCV valve, but special sealing chemicals are frequently required (the one guaranteed for gas and water networks). For high-temperature applications, you can utilize silicone.

A word of caution: when replacing all of the hoses, take care not to get them mixed up.

How much does a PCV valve cost?

The price of a brand-new PCV valve ranges from $50 to $100. If you feel that your vehicle is consuming too much oil, it’s worth changing the oil filter.

Negative Cable On Car Battery
Can A Weak Battery Cause Transmission Problems
Signs Your Transmission Control Module Is Not Working
Which Is Better, 5w40 or 15w40 Oil?