How Does A Tesla Charging Station Work Updated 02/2023

The way people think about electric cars has changed because of Tesla. They look like something from the future, have high-tech interiors, and perform very well.

Whether you choose the Model X crossover, the Model S hot rod, the Model Y or the Model 3, Tesla says that each of its all-electric cars will give you a new way to drive. Let’s look at what it’s like to own a Tesla from the point of view of charging!

Supercharging stations let you keep your battery charged while you’re out and about.

At a supercharging station, you can charge your Tesla while you get a cup of coffee, a snack, or a break from driving. You can plan your trip with the help of a map of Tesla’s superchargers.

At the moment, Tesla has the most charging stations of any company in the world, and the number keeps growing. Tesla has an app that lets you tell it where you are and where you want to go, and it will plan a route for you that includes superchargers.

This is one way that Tesla helps its charging network grow.

How to use a Tesla Charging Station 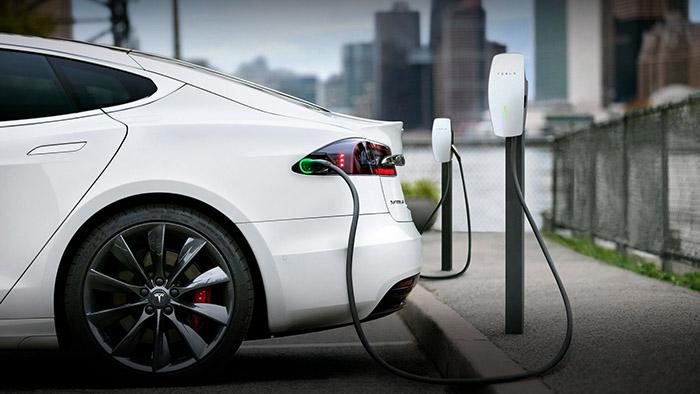 It’s easy to charge a Tesla! Every EV has at least one charge port, and some have two. This is where you plug in the cables that charge the car.

On a Tesla, the charge port is on the left side of the back of the car. It is next to the back light. The door for the charging port is made to blend in with the rest of the design, so it’s hard to notice.

There are four kinds of charger plugs that Tesla makes. To connect them to different kinds of chargers, you will need adapters. The speed of charging can be affected by the type of plug used.

To open the charge port door, you bring the charging cable close to the door and press the button on the cable. It won’t open if you don’t have the key with you. When you press the button, the door opens on its own, or you can use the Tesla app to open it.

For here, it’s like putting your phone on charge. All you have to do is plug in the cable, and it will start charging on its own. When charging starts, a light near the charge port will turn blue.

The light will turn green when the charging has started and is going well. By how fast the green light flashes, you can tell if it is charging quickly or slowly.

If something goes wrong while charging, the light will turn orange or red. The best thing to do is to turn it off and start over. You could also try a different charging station or charger.

Once the charging starts, the charging port will automatically lock the charger in place. This means that you can leave your car and no one will be able to mess with it. As long as you have your key with you, you can use your app to unlock and lock it.

You can use the car’s screen or the Tesla app to see how things are going. This lets you go about your day knowing how much longer it will be until your car is ready.

When you get back to your car, you should press the charging cable’s button. When the ring around the charging port turns blue, you can take the cable off and put it back on the charging station.

One thing to keep in mind about your Tesla is that you need to charge it before the battery dies. If you let your battery run down over time, it can get damaged, just like your cell phone will. You should try to charge your battery when it gets down to 15–20 percent, but not lower.

Also, you should stop charging at about 85–90%. If you overcharge it once or twice, it should be fine, but if you do it often, you may need a new battery sooner. When you plug in your Tesla, you can set it to stop charging at a certain level, so you don’t have to worry about it getting too charged.

How Long Does Charging Take? 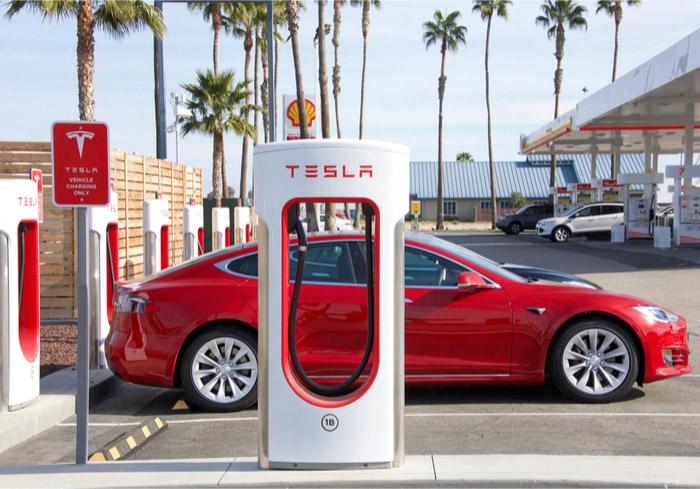 At a Tesla charging station, you can add up to 200 miles of range in just 15 minutes. By the time you stop driving for a few minutes, you are ready to go again.

One of the best things is that you can plug in your Tesla and use an app to keep track of how it’s doing. You can even set up the app to let you know when it’s ready to go.

Rarely do you need to charge more than 80 percent, so stops are quick and easy. Some of the more recent Superchargers charge at 250kW. If you use a battery preconditioner, you can charge your Tesla up to 25% faster.

Tesla owners who can’t charge their cars at home or work can use Urban Superchargers to get a quick charge. They can also be used to quickly fill up on a longer trip. They can charge at a rate of up to 72 kW.

The Tesla V2 Superchargers are placed in a way that lets owners drive between major cities and all over the country. You can charge up to 150 kW with these chargers, but you have to share the charge with other cars at the same stall. This can make your car take twice as long to charge.

The newest charging station is the one for Tesla V3 Superchargers.

You can charge up to 250 kW, and you don’t have to split the charge between stalls. You can use the Tesla app to find V3 superchargers.

Your charging rate is also affected by how old and what kind of Tesla you have. For example, a new Tesla Model 3 will go faster than a Tesla Model X from a few years ago. One thing to think about when choosing which Tesla to buy is this.

If all the stalls are full, some Superchargers will tell you where to wait in line. At other times, you’ll have to park somewhere out of the way while you wait for a stall.

You should also know that some charging stations only let you charge up to 80 percent. Because charging slows down as the battery gets full. This keeps things moving so people don’t wait in line at the charging station for the last bit.

You might want to know that you should go back to your Tesla as soon as it is done charging because some superchargers charge extra for cars that are left in the charging stall after they are fully charged.

This is so that other Tesla owners can get to their spots quickly.

Are Charging Stations Free for Tesla?

Tesla’s goal is to make cars that can go anywhere and cost less per mile than gasoline. You won’t have to buy gas ever again!

Charging isn’t free, but it costs a lot less than gas. If you have a home charging station, it might seem like your Tesla costs nothing to run, but your charging habits will show up on your energy bills.

This amount will be added to your electric bill, but it is a lot cheaper than filling up at the pump. You can get free Supercharging through offers and codes, and they also have referral codes that can save you money.

One nice thing about a Tesla is that you don’t have to put a credit card in the charger to pay for it. Just pull it up and plug it in. The charges go right to your Tesla account. There is no need to log in because the charger will automatically recognise your car and account.

You can use an adapter from Tesla to charge your Tesla at home, but it will take a lot longer than using a Supercharger. Many people choose to put in a high-speed charging station at home or use a mobile adapter if they live in an apartment.

You can always take it to a nearby Supercharging station if you want to charge it faster.

Is Tesla Electricity Cheaper Than Gas?

Depending on how often you drive and how you drive, electricity is a lot cheaper than gas. If you drive an average of 10,000 miles per year and gas costs an average of $2.85 per gallon, you will save $4,300 over six years.

This calculation is based on the idea that a similar gasoline sedan gets 28 miles per gallon. It also assumes that a typical driver spends between $1,000 and $1,500 a year on gas. If you drive the same distance in a Model 3, it will cost you about four times less than if you bought gas.

One thing to remember is that some stations may charge as much as $.28 per kWh, while others may charge by the hour instead.

Can Non-Tesla Cars Use a Supercharger?

At the moment, Tesla Superchargers can only be used to charge other electric vehicles in the Netherlands. The cost per charge goes up because of the technology needed to support other vehicles, and this cost is passed on to the customer.

Rates are different at each location, and there are membership programmes that can help lower the cost per kWh.

Now you have a better idea of how to use a Supercharger to charge your Tesla.

With new technology and a growing network of Superchargers, Tesla keeps making it easier to charge. Tesla keeps coming up with better ways to use its technology to improve what it’s like to own a Tesla.

Can You Have Tinted Windows And Windshield In Wisconsin?
Is It Normal For Coolant Level To Drop
Transmission Fluid Leaking From Bellhousing Flywheel In Front
Lexus Rx300 Transmission Problems