As gas prices go up, many people have decided to buy a lot of gas and store it until they need it. But after buying these big amounts of gas, many people wonder how long they can keep it before they have to use it or throw it away.

If you want to store gas for your car, you should know how long it will last and how to store it properly. Here, you’ll find out how long gas lasts, how to tell if it’s gone bad, and the right way to store it. Let’s get started!

When Does Gas Expire? 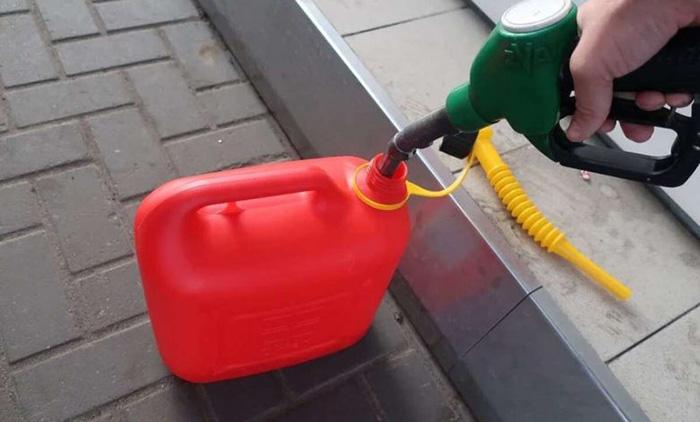 Whether you store your gas in a separate container or in the fuel tank of your car, the gas will only be good for a certain amount of time.

The type of fuel is the main thing that changes the “expiration date” of the gas you have stored.

Gasoline can last for about three to six months before it starts to go bad. Diesel can last up to a year, but ethanol made from plants can only be kept for about one to three months.

As a general rule, the more ethanol there is in the fuel, the faster it will go bad. The fuel that will last the longest is pure gasoline. But the shelf lives listed above only apply if the gas is kept in the right way.

When figuring out how long the gas you have stored will last, keep in mind that it is not brand new. Even though it’s new to you, that fuel was made in a refinery a few months ago.

Before sending the fuel to the station, the refinery probably kept it for a while. Before you put the gas in your car, it could have been sitting at the station for a few months.

You can still keep the fuel for a while, but it might not last for another six months. In fact, Exxon says that gas should be used within a month of being bought.

How to Tell if Gas has Gone Bad

You might think that using gas past its expiration date won’t hurt your car, but there are actually some big problems that can happen. After sitting for a while, the gas’s chemical properties start to change, and it can no longer do what it was meant to do in the engine.

If you use bad fuel, your engine could get very damaged. This could mean that the engine or the fuel line is clogged.

Also, bad gas can pull in moisture, which can cause the fuel tank to rust. If you know that the gas in your tank is bad, you should drain it as soon as possible.

How can you tell if the gas in your car’s fuel tank is bad?

You can look for a few signs that something is wrong. Bad fuel won’t burn right inside the engine, which would make the check engine light come on. If your car’s check engine light is on but it runs fine otherwise, this could mean that the fuel isn’t good.

The car stuttering or losing power while driving is another sign to look out for. If your car starts to lose power while you’re driving, especially when you try to speed up, it’s likely that it’s trying to run on bad fuel.

If you haven’t put gas in your car yet that you’re not sure about, some physical signs can help you figure out if it’s gone bad or not.

First, think about the fuel’s storage conditions and how long it has been there. If a bucket has been sitting in the garage for more than a year, the fuel in it has probably gone bad. Don’t burn this gas!

Note: Fuel should never be kept in a container that can be opened. Find out how to store fuel correctly in the section that follows.

The colour and smell are the next things to look for.

Pour a little bit of the gas into a clear cup. If the gas is darker than usual or smells sourer than usual, it has probably gone bad. If you need to, put some new gas in a clear cup and compare it to the old gas.

If the gas in question is only slightly darker than new gas, it probably hasn’t gone bad yet. This fuel can still be used, but for best results, it should be mixed with more modern gas. Use more of the newer fuel and less of the older fuel.

If the gas’s colour and smell have changed a lot, it has gone bad and shouldn’t be used. Get in touch with your local fire department or hazardous waste centre to find out how to get rid of the fuel in the right way.

Don’t just leave the bad gas in your garage or shed, because it could still catch fire and start a fire.

How to Store Gas 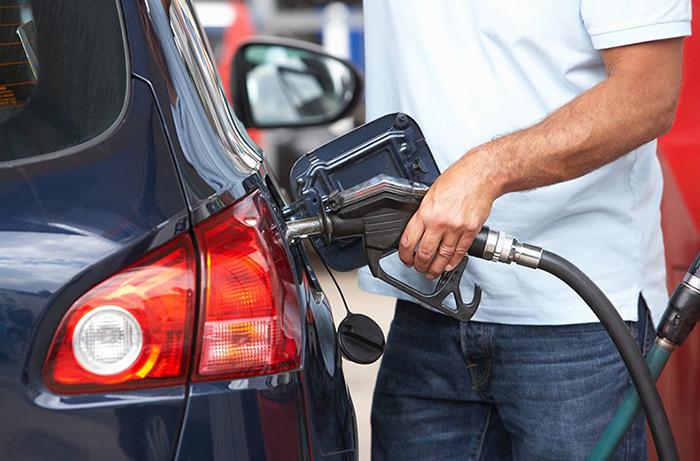 Gas should be kept in the right way so that it lasts as long as possible. You shouldn’t keep gas in a car that won’t be driven very often. Empty the car’s fuel tank and run the engine until it stops. Follow the steps below to keep the gas in a safe place.

When you store gas, the first thing you need to know is that it shouldn’t be mixed with anything else. This could make a dangerous mixture that would ruin the gas.

Find a place to put the gas as a first step. This container needs to be approved for storing gas and can’t be bigger than 5 gallons. (There may be size limits in different places. Contact your fire department to learn your local regulations.)

When you fill the container, leave some room for the fuel to grow as it sits. Once the container is full, it needs to be sealed tightly so that air and water can’t get in. Carefully handle the container and put a label on it that says how much and what kind of gas is in it.

Stopping gas fumes from getting out is more important than stopping air from getting in. If gas fumes can get out, any spark or contact with a pilot light could set them on fire.

Don’t keep gas in your house, and if you can, don’t keep it in your garage either. Store fuel in a shed or other building away from the house.

If the fuel is stored in perfect conditions, it could stay good for at least six months. If you want the gas to last longer than six months, you could put in a fuel stabiliser.

Fuel stabilisers slow down the gas’s oxidation and evaporation, which makes it last between 1 and 3 years longer. The quality of the stabiliser will determine how long the fuel will last.

Fuel stabilisers should only be put in gas that is brand new. Gas that has already gone bad won’t get better with this.

Miles Per Gallon For Dodge Ram 1500
Why Do The Jumper Cables Melt?
6 Best RV Sewer Hose Supports That You Need Know
Nissan Leaf Vs Toyota Prius