Engine oil is important for our cars because it keeps the moving parts of the engine from getting stuck. It keeps these parts from wearing out by reducing how much they rub against each other.

It’s important to keep your engine well-oiled, but if you don’t drive that vehicle very often, the oil will sit there for a long time.

What comes next? If oil sits in your engine for too long, does it go bad? If so, how long is too long?

The oil in the engine doesn’t go bad if it stays there. But the additives that protect and lubricate the engine break down over time and stop working as well. As the temperature outside changes, acids settle at the bottom of the sump and water condenses.

Since the oil pump pulls oil from the bottom of the sump, you will probably pump water into the engine when you start it.

As the water moves through the different oil channels, it can do a lot of damage to our engines.

I’ll talk about the different kinds of oil, how long they last, and what they look like.

Does Motor Oil Degrade Over Time? 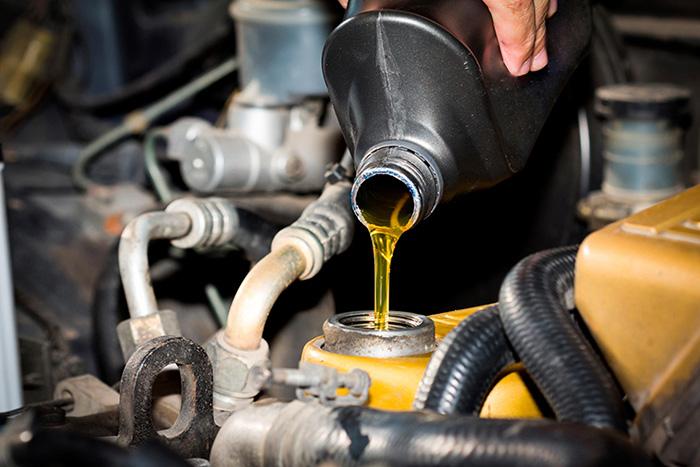 Yes, motor oil gets worse after a certain amount of time.

It’s why manufacturers of motor oil put a date on the bottle.

Over time, the oil loses its thickness, which means it can’t lubricate the engine parts as well.

How fast motor oil breaks down depends on what kinds of additives are in it and what kind of oil it is. The oil is also dirty because it has hydrocarbons and water in it.

Manufacturers say that we should change the oil every 3,000 to 7,500 miles, depending on the car and the oil we use.

Most mechanics can change your oil in less than 30 minutes for a small fee.

If you do decide to change your own oil, wash your hands very carefully with soap, water, and something rough like sand or salt.

Synthetic oils don’t break down over time, and their thickness doesn’t change either.

Their base oils can handle both heat and oxidation better.

The only difference that happens when you use it a lot is that contaminants make the oil thicker.

Synthetic oil needs less oil changes, with up to a year between changes, depending on the brand of oil.

The longevity also depends on things like how you drive and what kind of car you have.

It’s best to check the owner’s manual to see how often the oil should be changed.

When you first start using synthetic engine oil, you should change it often because sludge and other deposits build up quickly.

How Long Can Motor Oil Be Stored? 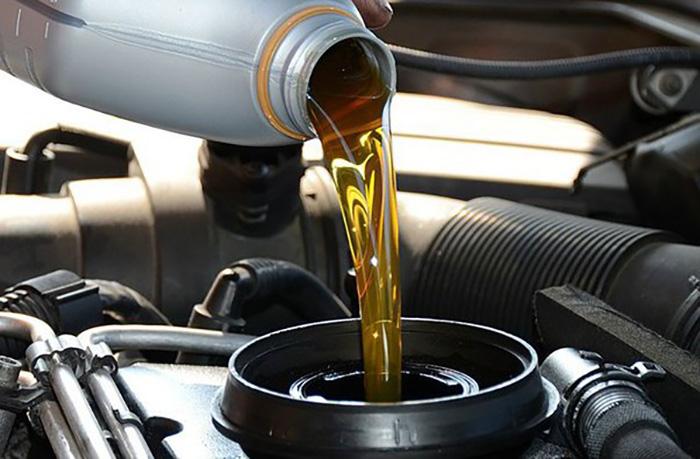 Different things, like the type of oil, affect how long engine oil lasts.

Mineral oil, which is used to make regular motor oil, breaks down faster when the temperature is high.

Synthetic oils have properties that make them stable even when the temperature is high.

Most engine oils can be used for five years after they are made.

It’s important to check the dates on the oil container, so if the “shelf life” says the oil will only last for a shorter time, follow that advice.

If the oil stays in its original container, the additives lose their effectiveness after about two years, depending on how it is stored.

When the container is open, oxidation speeds up the process of the food going bad.

Some of the parts fall to the bottom of the container as they separate.

Depending on many things, the base oils can also lose their effectiveness over time.

How To Tell If Your Motor Oil Is Expired

Here are a few good ways to tell if the motor oil is in good shape or not:

The first step is to look at the date on the container to see when it will go bad. If this date has passed or the container is more than five years old, the oil should be thrown away. Using it can do a lot of damage to our engines and their parts.

If the date on the bottle is not exact, look at the colour of the oil. The oil is good if it is clear or has a light brown colour. If something is oxidised, it will turn black or dark brown. A hazy or milky colour means that dirt or water has gotten into the oil.

Another thing to watch out for is how thick the oil is. Good oil is easy to pour, so if the oil is thick or sticky, it means it won’t work. If the oil is already in the engine, use a dipstick to check how thick it is.

Do not use the oil if it has separated or there are deposits at the bottom. Don’t shake the bottle, because those deposits won’t dissolve back into the oil.

How Do Base Oils Lose Effectiveness?

Base oils lose their effectiveness over time because of things like:

This process of oxidation makes the oil thicker, which makes it less effective.

Also, sludge and harmful deposits build up, which makes the oil less effective.

Modern engines run at higher temperatures, up to 235 degrees Fahrenheit in some cases (113 degrees Celsius).

The rate of oxidation doubles every time the temperature goes up by 18 degrees Fahrenheit (8 degrees Celsius).

When the temperature goes up, things break down faster.

Even when a car is stopped, the temperature will change.

Because of this change in temperature, water in the engine condenses and gets dirty.

If the engine doesn’t get hot enough, the water won’t evaporate and will stay in the oil.

Over time, this dirty water turns into sludge.

The thickness of engine oil is very important because it keeps the parts of the engine from wearing out.

Our engines are made so that they work best with oil that has a certain viscosity.

As the oil gets older, its viscosity gets thinner, which makes it less effective.

Is It Okay to Use Expired Engine Oil?

It’s never a good idea to use engine oil that has gone bad.

The damage that could happen to the engine will cost more than buying new oil.

What Happens if You Fail To Go for Routine Oil Changes?

If you don’t change your oil regularly, it won’t work as well.

It makes the parts of the engine rub against each other more, which leads to warping, rusting, and overheating, which causes permanent damage to the engine.

What Happens if You Pour Too Much Oil Into Your Car?

When there is too much engine oil in the crankshaft, air gets into the oil and makes it foam.

This foam doesn’t lubricate well, and it stops the oil from moving.

When the oil gets too hot, it loses pressure.

Manufacturers of engine oil recommend changing the oil every 3,000 to 5,000 miles or every six months, whichever comes first.

After an oil change, the car gets the best gas mileage it can.

The engine parts have to work harder when the oil is old, so the car uses more gas.

If your car has been sitting still for a long time, check the condition of the engine oil before you start driving.

What Does Seafoam Do To Car Engines?
Why Will Oil Light Come On And Off But Oil Is Full
Car Axle Replacement Cost
Can I Use a Regular Towel To Dry My Car?