Coolant is a vital component of a car’s engine. To drive an automobile for a lengthy period of time, the engine would need to be kept cool by this fluid.

You can only go a short distance without coolant before serious engine damage occurs. There is no single formula for calculating how far an engine will go or how long it will run when it is forced to run without coolant.

Is this what I think?

Driving a car without coolant can cause serious harm shortly after you start it, so avoid it at all costs!

To keep the engine operating at its optimal temperature, which can range from 185°F to 206°F depending on the make and type of the vehicle, the coolant serves to remove heat from overheated engine parts.

What happens if you drive without coolant? 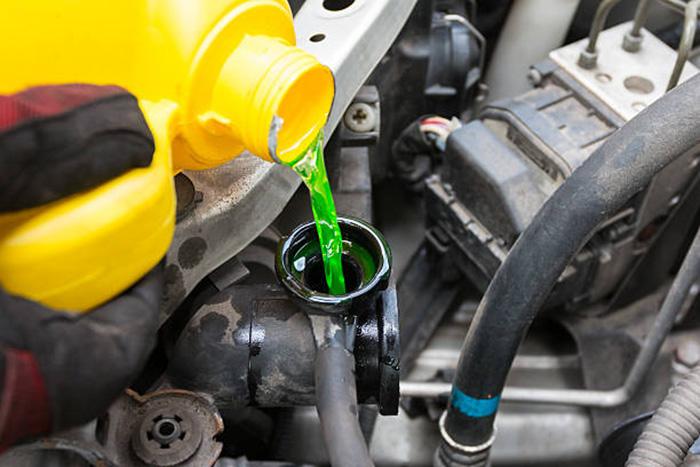 The cylinder head near the exhaust manifold, the cylinders, and the valves are the portions of the engine that heat up the most, causing the engine to warm up unevenly.

The metal in those engine parts is exposed to the flames and fumes that emerge as a result of the combustion of the fuel. Meanwhile, the other parts of the motor are being warmed up less intensively. Multiple damages will occur since the coolant is lacking.

To reiterate what I said earlier, the coolant’s job is to reduce heat buildup. Because there’s no coolant, the temperature will continue to rise and the metal parts from the cylinder piston group will also exceed their resistance zone, which will result in the engine parts previously mentioned bending and mechanical deformations.

Additionally, the absence of coolant and excessive heat can create cracks in the cylinder head, pistons, valves, and other parts of the engine.

Oil will also be responsible for removing and dissipating heat from the engine because it is the last fluid to remain. It’s true that engine oil can aid in this process, but it doesn’t come close to the coolant’s ability to handle heat.

A car without coolant will be damaged as soon as the engine heats up, so it is important to have it.

How long can you drive without coolant?

However, a running car without coolant will begin to suffer within the first few minutes after beginning due of the heat generated by the engine.

There are numerous aspects of the car related engine running duration without coolant that must be taken into account in order to provide an adequate response, and this solution does not strike me as particularly elegant.

Let’s have a look at some of the most important considerations below.

Because all of the parts are in good shape, a modern, low-mileage car can last longer. However, a high-mileage engine can more easily endure some heat expansion without jamming.

The engine will operate longer at idle or when the vehicle is unloaded. The heat load will build up more slowly in these driving modes since the fuel burns less.

The type of power supply, the amount of force, and the material of the cylinder head and cylinder block all play a role in the engine’s overall performance. A cast iron block and cylinders are used in older engines because they are more heat resistant and have a larger mass and thicker walls.

It’s impossible to imagine that these engines would live more than a few minutes without coolant.

When we talk about running an engine without cooling fluids, the engine’s operating temperature is an important consideration. Cars that don’t use coolant in the winter can run longer since the cold air will remove the heat from the engine’s components.

Without coolant, it’s impossible to say how long you can go without stopping. Some considerations must be made, as I’ve already mentioned.

Without coolant in an area with low temperatures, it is guaranteed that the engine can only go 500 to 1500 meters without any problems.

Even in the cold, liquid-cooled motors should not be used with a malfunctioning cooling system. A automobile with this issue can only go so far before it needs to be repaired. A tow truck’s services are preferable.

If you’re in a hurry, the quickest repair is to fill the radiator with plain water. Do not be concerned about the engine being damaged by water. This is only achievable if the liquid is used on a regular basis.

If the leak is severe enough, it may be necessary to seal the radiator pipes. After that, you’ll need to crank up the car heater to its highest setting to get rid of the excess heat and stick to a speed limit of 60 to 90 kilometers per hour (37 to 55 miles per hour).

How long do cars work without oil and coolant? Experiment 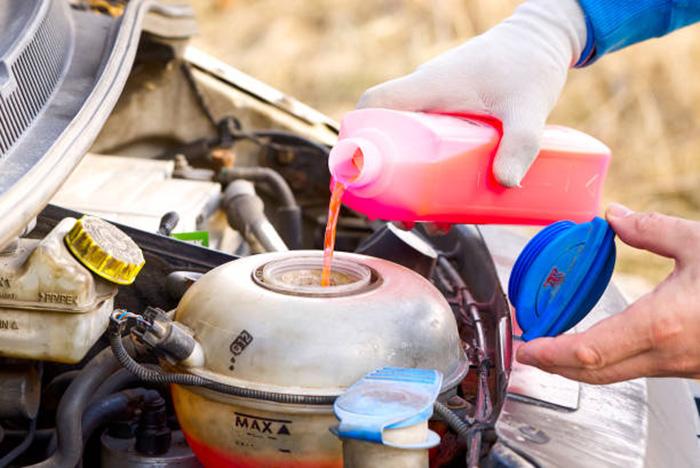 Experiments conducted by carWOW in 2020 evaluated the longevity of Honda, Peugeot, and Ford engines with no liquid in the combustion chambers to see which lasted the longest.

The Ford was the first to die, with an engine that worked well for 14 seconds before emitting strange noises. The engine was out by the 20th second.

For 47 seconds, the French model operated without oil or coolant before the engine shut down.

It was also a pleasant surprise to discover the Honda engine. For the first two minutes, it ran smoothly, but then it froze and then restarted, keeping a constant 4000 revolutions per minute. The engine would not go out.

To speed things up, a member of the testing team stepped behind the wheel. The engine’s revolutions per minute (RPM) were pushed into the red zone. The Honda engine sputtered to a halt in just over seven minutes. All I can say is that. A job well done, Honda crew!

But even without coolant and oil, the experiment failed to provide us with the information we needed. With oil and no coolant, the engine may be able to last longer.

Avoid driving without coolant in your system.

The best way to know is to make another experiment, but this time with oil inside, and taking into account the aspects I have listed below, engine operation, its design, its condition, and also the ambient temperature for an exact answer.

Best Agm Battery For Your Car
Does Gasoline Evaporate
Can You Get Pulled Over For Tinted Windows In New York?
11 Best Car Diagnostic Tool That You Should Know