Since it came out in 1964, the Dodge Charger has been a popular car. If you’re thinking about buying one, you want to know how long they’ll last!

If you take care of your Dodge Charger, it should last at least 200,000 miles. On J.D. Power’s reliability scale, the Charger got an 89 out of 100, making it one of the more reliable cars in its class.

The most important thing that affects how long yours will last is how well you take care of it. If you want your Charger to last as long as possible, you need to take care of it. That means changing the oil and adding fluids on a regular basis.

The way they are driven also has a big effect on how long they last. If you drove them like crazy, they would break down sooner. But if you’re careful when you’re driving, they’ll last a long time. 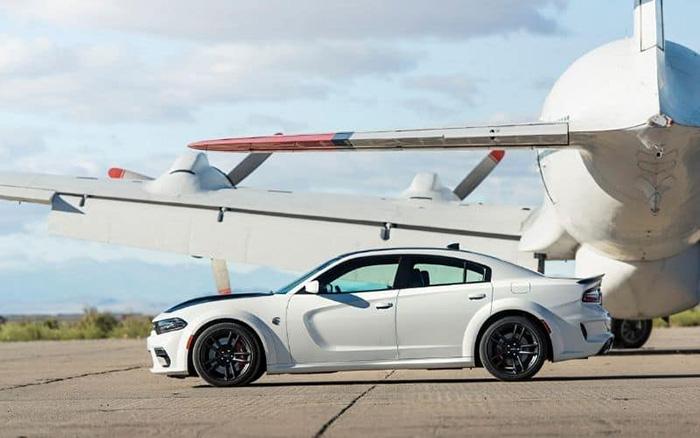 It seems like Dodge Chargers last at least as long as other cars in the same class. So, you could still be driving it in 15 years. You could even drive it for 20 years if you drive 15,000 miles a year. But you’d have to take really good care of it.

We think that, to be safe, the limit should be around 200,000 miles. After that, anything else would be a bonus. Still, a lot of people still drive them until they have 250,000 miles on them.

You can make them last longer if you strictly follow the maintenance instructions from the manufacturer. In the back of your owner’s manual, there should be a list of things you should do to keep your car in good shape.

Most of the time, they will have a list of things to do and a time frame. If you follow that guide, you’ll be able to take the best possible care of your Charger.

People sometimes wonder if they will start to rust sooner or later. A lot of drivers say that after 100,000 miles, their Chargers still don’t have any rust.

Keeping them out of the weather could also help keep them from getting rusty. Try to dry them as soon as possible if they get wet. Rust only happens when it can get to the metal in the frame of your car.

If you see rust on yours, you should take it to a service mechanic as soon as possible. Rust can spread quickly once it starts to form. You might also want to use something to protect the bottom of the car. These keep the frame from rusting from the bottom up.

How Many Miles Does a Dodge Charger Last?

Most of the time, your warranty will cover the powertrain for the first 60,000 miles. Other cars come with longer warranties. But just because you’ve driven that much doesn’t mean you’ll have trouble.

RepairPal gave the Charger a score of 3.5 out of 5 for how reliable it is. That may not sound like a very good thing. But it sounds like most of the problems are caused by bad drivers.

When you speed up quickly, you put a lot of stress on a car’s transmission. Driving slowly, on the other hand, tends to keep their mechanical parts in good shape.

Most of the time, other cars in the same class don’t last as long. For instance, the Ford Mustang usually only lasts about 200,000 miles.

A Charger could last an extra 50,000 miles longer than a Mustang.

On J.D. Power’s scale for reliability, the Charger got an 89 out of 100. The Hyundai Elantra isn’t as good as that. Kelly Blue Book’s customer ratings give it a reliability score of 4.8 out of 5.

So, it looks like the Charger is pretty dependable. If you take care of them, they should last longer on the road. And you may still be driving yours when it has more than 250,000 miles on it.

What Problems Do Dodge Chargers Have? 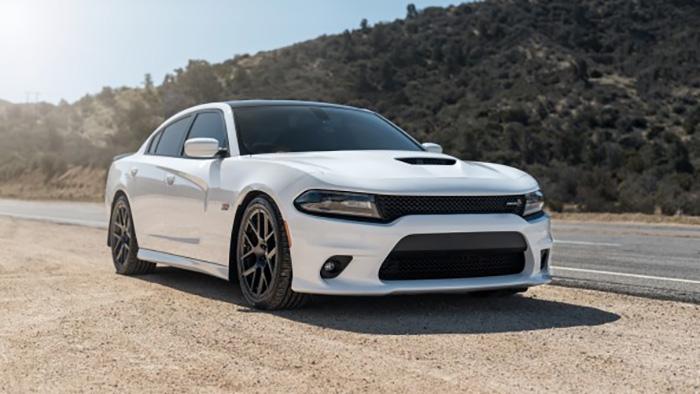 We can look at the database on CarComplaint.com to see what problems most people have. It seems like the biggest problem would be that the engine would break down too soon. A lot of that could be caused by people driving too aggressively, though.

On average, people seem to have problems when their cars are getting close to 94,000 miles. At that point, problems with the transmission tend to happen a lot more often.

But this seems to happen less and less with newer Chargers.

The average price of a new engine was more than $5,500. It sounds like a lot of drivers might have to pay a lot for that.

A Charger should have brakes that last at least 30,000 miles. They could, however, last up to 70,000 miles. Putting the brakes on gently seems to make them last longer.

Tires from the factory should last at least 60,000 miles. If you switch them out often, you might get another 10,000 miles out of them.

Most of the time, their batteries last between 3 and 5 years. Letting them sit around and not drive could shorten their lives. But turning the engine on for a few minutes could help them keep their charge. They should get enough power from the alternator to keep going.

The transmission lasts the longest out of all the parts of a Charger. If you take care of them, they can last up to 250,000 miles.

Getting a used Charger might be a bit of a risk. Some of them seem much more trustworthy than others. It seems like the 2006 Charger would be the worst year.

There were more than 180 complaints about that model year on CarComplaints.com.

Most of these problems seem to have been fixed in chargers made after 2018.

If you take your car to a licenced dealership during a recall, you won’t have to pay for the repairs. Whatever caused the recall will be fixed for free.

When compared to other cars, the Charger has a higher cost of ownership. You should expect to spend about $650 a year on repairs and upkeep. Other cars in the same class only cost an average of $550 a year to keep up.

How you take care of your Charger is the key to making it last as long as possible. Don’t let rust build up on the terminals of the battery. This usually makes them live less long.

The owner’s manual will tell you how often the car should be serviced. You should be able to find it near the back of the booklet. If you do what it says, your Charger shouldn’t have too many problems.

Every 7,000 miles, you should get the oil changed. But if you use synthetic oil, you can go up to 10,000 miles before you need to change it.

Every 5,000 miles, you should change the tyres. Since a Charger is a rear-wheel-drive car, its back tyres get a lot of use. They should also last a little longer if you move them to the front.

A lot of people have wished they could drive a Dodge Charge. They have been popular since the 1960s, and there’s a reason for that. If you want to buy one, make sure to take care of it.

Aggressive driving tends to make people live less long. Don’t speed up too quickly after stopping. The transmission would be put through a lot of stress by doing that.

The transmission would be the most common problem with a Charger. Most of the time, that’s because of bad driving habits.

The Charger is a lot more reliable than most other cars. Most major publications give it better marks for reliability. The fewest problems have been reported with models made after 2018. So, if you want it to last a long time, you should think about getting something new.

Kentucky Tint Laws That You Should Know
How Long Do Honda Civics Last
What Is A Hydro Locked Engine?
Are You Allowed To Have Tinted Windshield And Windows In Delaware?