In 1991, Ford introduced the Explorer model to replace the Bronco II. It has become one of the most popular family vehicles in the United States in recent times. It’s logical that you’d want to know how long your Ford Explorers will endure, given their remarkable usefulness, stellar safety credentials, and cargo-carrying capabilities.

Let’s see how long this thing lasts. Our arguments will be supported by data and relevant facts, so you have every reason to trust our findings. A Ford Explorer comes with some of the best features in the industry, some of which are designed to extend the vehicle’s lifespan. For as long as you take care of your vehicle, it can last for many years.

Your vehicle’s lifespan is influenced by a variety of factors, including topography, maintenance, user habits, and more. We’ll get to a few of these in a minute. Maintaining your Ford Explorer on a regular basis can extend its longevity to 16 or 17 years, which is longer than the lifespan of most other cars.

How Many Miles Should You Expect from Ford Explorers? 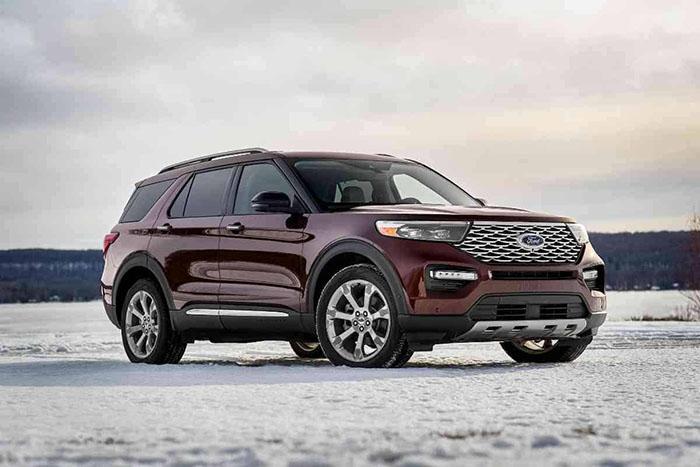 Ford Explorers typically travel between 80,000 and 200,000 miles before needing to be replaced. On the Explorer forum, you’re likely to encounter people who have logged more than 300,000 miles on their vehicle. When the car was first introduced to the market, it was one of the most unreliable Ford products ever built..

It has, however, undergone major alterations that make it ideal for both off-road and road travels. Once you’ve purchased your vehicle, you’ll need to look after it properly in order to get the staggering number of miles that I described before. You can expect an additional 150k miles of driving range from a vehicle that was debuted more than a decade ago if you keep up with routine maintenance.

If you drive a Ford Explorer on a daily basis, you’ll require major repairs to your transmission, steering, and suspension beyond a certain point. At around 200, 000 miles you should expect to encounter chain problems. It’s imperative that you take care of these difficulties as soon as possible so that they don’t worsen.

If you buy a used car and the previous owner mistreated it, don’t expect it to go over 200k miles.

When Will Your Ford Explorer Rust?

If your car was built after 2000, you should expect to see some rust on its metallic elements after four to five years, even if it is one of the many versions that predate the year 2000. However, it is worth noting that Ford used steel to model most of their cars in the past.

Steel was used to design elements of the car’s body and some interiors because the firm needed to produce vehicles that were more fuel efficient and lighter.

Premature rusting is a common complaint among Ford owners, and this is something the automaker should address. Paint bubbles on the hood are usually the first sign of the problem before it spreads to other areas of the car.

Premature corrosion is the subject of a class action lawsuit now being brought against Ford. Early rust has been a problem for Ford dealers since 2004, when the automaker began issuing technical service advisories to address the issue.

A pre-owned Ford Explorers Last made after the year 2000 should be checked carefully for flaws such as bubbles, peeling paint, or even rust. Buying a car that is prone to corrosion is a bad investment because it will cost you a lot of money in maintenance.

Before 2000, steel models were built, which means they are less susceptible to corrosion, but they still need to be taken care of to ensure their longevity.

How Long Will Ford Explorers Last Compared to Similar Models? 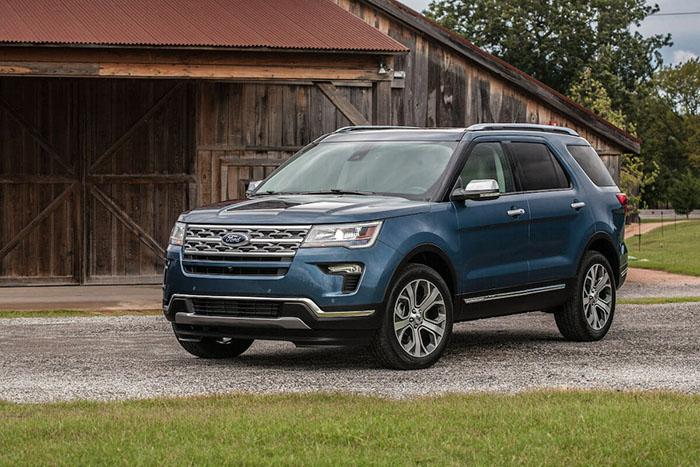 Explorers from Ford have gone a long way, despite their troubled beginnings. The Jeep Cherokee, Honda Pilot, and Chevrolet Traverse are among of its main competitors.. Ford Explorers outlast and outperform their rivals in terms of durability and dependability. The following are some of its distinguishing characteristics.

To ensure its 400k-mile lifespan, the Pilot is a fantastic vehicle that requires meticulous maintenance. However, the Jeep Cherokee can survive between 15 and 20 years. Similar to what we’ve discussed regarding Ford Explorers, the other vehicles will need to be serviced on a regular basis.

Is Ford Explorer A Reliable Vehicle?

Ford Explorer had a lot of flaws when it was first released on the market. Because the first and second generation could roll over mid-transit, they didn’t perform well. Transmission failures and timing chain deterioration were also frequent occurrences. There were other more problems, such as the failure of the vehicles’ original Firestone tires, which were placed at the factory.

What Were the Best and Worst Years for Ford Explorers?

In the eyes of experts, Ford Explorers built between 2007 and 2012 are the best models. Ford Explorers produced during this time period had extremely few complaints, according to reputable sites like carcimplaints. com.

In spite of this, 2006, 2004, and 2002 are the worst years for Ford’s automobiles ever made. Some of the most alarming responses came from these vehicles. One of the most common complaints about the 2002 Explorer is transmission breakdown too soon after the vehicle has been purchased. At least $2800 was spent on repairs by most of the users who reported this issue after reaching 94,000 miles on their vehicles.

Hard shifts and slippery transmissions were the most common complaints about the 2004 model. The 2006 Explorer, on the other hand, was plagued with gearbox and cooling system failures after only 49,00 miles of driving.

Engine problems, radiator leaks, and worn-out wheel bearings were also mentioned by a few motorists. If you want a trouble-free driving experience with your Ford Explorer, steer clear of the 2006 and 200 model years. The models have numerous problems that will cost you tens of thousands of dollars to repair.

On top of all that, they’re very expensive to maintain and will eat up a lot of your hard-earned cash. Because of this, they are not appropriate for those who are trying to be frugal with their spending.

Are Ford Explorers Too Costly To Maintain? 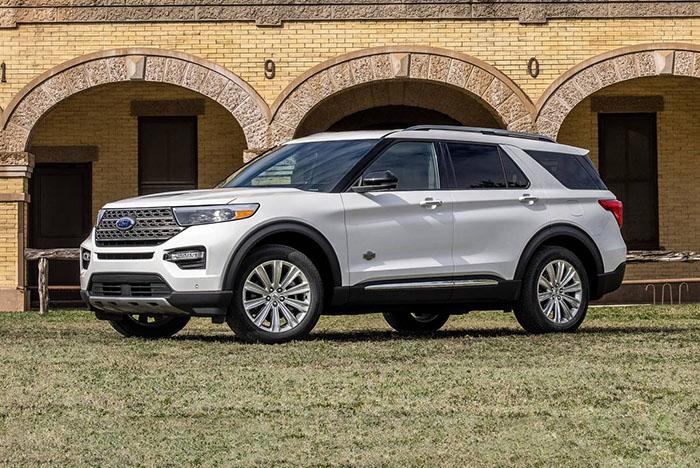 Ford Explorers are relatively inexpensive to maintain, unless you purchased a model from the wrong year. These SUVs require low-cost maintenance, but there are a few things to consider.

According to YourMehCanic.com, Ford Explorer owners spend an average of $618 a year maintaining their vehicles. Users should expect to spend between $80 and $2,165 a year to maintain their SUVs in top shape, depending on their habits and the services they utilize.

You can save money on your Ford Explorer’s upkeep by performing some of the basic procedures yourself.

How Long Will The Brakes Last?

Under normal driving conditions, you should anticipate the brakes to last about 40, 000 miles. Depending on where you drive, your brakes’ life expectancy can vary. Brake pads typically last for around 25,000 miles before needing to be replaced. You have nothing to be concerned about, as changing your brakes will only cost you around $200.

How Long Will The Hybrid Batteries Last?

In Ford’s estimation, the hybrid batteries should last for eight years, or about 80,000 miles. However, it should be remembered that hybrid batteries were only debuted in 2020, thus we don’t know much about them. For this reason, we’re inclined to believe that the hybrid batteries in the Ford Escape Hybrid will last that long. Make sure to handle the batteries carefully because you’ll need about $5, 000 to replace them.

How Long Will The Tires Last?

Ford Explorers tires typically last five years or more for the majority of American drivers who log between 12,000 and 15,000 miles per year. Even though the tread appears to be intact, the company advises customers to replace their car tires after six years at the latest.

This is extremely important information, as tires play a critical part in ensuring the safety of your vehicle. Even if the rest of your car is in good shape, you won’t be able to control it correctly if you don’t have good tires.

How Long Will The Transmission Last?

Transmissions should last between 80,000 and 180,000 miles if they are adequately maintained and free of defects. However, it’s worth noting that transmission issues are typical in several Ford Explorer versions. You should ensure that it is handled properly in order to lengthen its lifespan.

The vast majority of the problems you’ll encounter are the result of mistakes made throughout the production process. Fortunately, manufacturers’ warranties always cover issues like these. The transmission lifespan is also highly influenced by the geography and the habits of the users.

How Long Will The Spark Plugs Last?

The mileage on your Ford Explorer should not fall below 30 to 50 thousand kilometers. Consider Iridium or platinum-tipped spark plugs, which can last anywhere from 60,000 to 200,000 miles before needing to be replaced. These, however, are more expensive.

In order to keep your vehicle in top condition, you should anticipate to pay roughly $4171 every month or $2,052 per year. As a result, you should take into account aspects such as where you live and how many miles you drive each year in order to get the best possible spark plugs.

How To Prolong The Life of Ford Explorers

There will always be a maintenance schedule provided by your manufacturer, and you may be able to perform some of it yourself. Most car owners complain about the issues listed above because they don’t like the vehicle manufacturer’s direction. Maintain an eye on the frequency of your Ford Explorer’s maintenance to keep it in top shape. In the event of a malfunction, make every effort to have it corrected as quickly as possible.

Everything you need to know about the life expectancy of Ford Explorers may be found in this lengthy page. If you’re in the market for a new luxury SUV, this article is a must-read. If you’re an SUV owner hoping to get the most out of your vehicle, regular maintenance is a good place to start.

While the Ford Explorer is a wonderful SUV with great features, keep in mind that not all models offer what you’re looking for in terms of capabilities. Always conduct your research before making a purchase. There are a lot of problems with older models, such as those made in 2004 and 2006, that could cost you a lot of money to fix.

The way you treat your Ford Explorer, though, will determine how long it lasts. The tires on your car should be replaced no more than six years after they were first installed. If you suspect a mechanical issue, contact a professional as soon as possible.

We don’t know much about the longevity of hybrid batteries because they are still new. When we discover more about Ford’s new hybrid batteries, we’ll be sure to update this story.

What Is The Darkest Tint You Can Legally Get In WV?
Us Flag For Jeep Wrangler Why Do Jeeps Have Flags On Them
Black Spark Plug Means
White Smoke From Exhaust