The car battery is one of the most important parts of any car. Even though the basic design of batteries hasn’t changed much over the years, the amount of electricity they have to handle has grown a lot.

Think about it: car batteries have to start the engine, power the outside lights, the inside lights, the infotainment unit, the high-voltage speaker system, the heated seats, the seats that massage you, the power windows, and so on.

A car battery lasts about five years on average. Still, there are many things that can affect how long a car battery will last. For example, the temperature of the weather, how often the car is driven, the electrical accessories in the car, the way the battery is built, and the way the car was made.

During a regular checkup, it can be hard to tell if a battery is about to die. A simple voltmeter can tell how much a battery is being charged, and it can also tell what’s going on with the chemical mix inside the battery. If the engine doesn’t start right away when you turn the key, it’s a good sign that the battery needs to be changed before it leaves you stranded on the road. 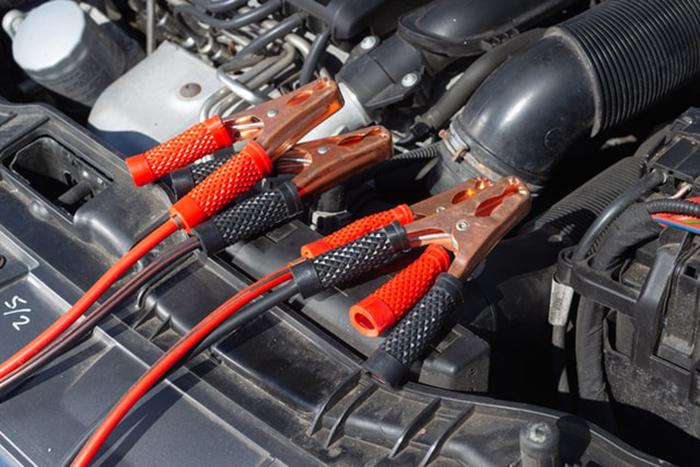 The way battery makers use the word “normal” is very different from how we use it. Normal use for them means that the battery goes through a full charge cycle every time, isn’t shaken or jostled, isn’t used in extreme temperatures, a trickle charger is used when the car is parked for a long time, and it doesn’t power a lot of electrical accessories.

As you can see, it’s not possible to follow such a strict maintenance plan for batteries every day. We use our car for short trips to the grocery store. The roads we drive on aren’t the smoothest. We have a GPS, phone chargers, a better sound system, and other things in our car.

Watch this video to find out how to check your battery on your own. If you don’t have a multimeter, look for the signs we list below. 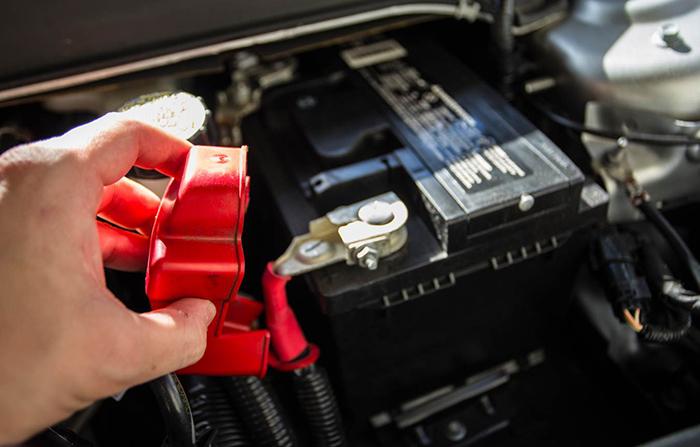 Let’s talk about what affects the life of a battery and why. It will help us figure out what’s in the plastic box with all the chemicals. So, we can figure out how long a battery will last based on how we use it and maybe make it last longer by taking care of it.

We’ve already talked about how modern cars have a lot of electronic features, like GPS, a high-output sound system, electric seats that can heat or massage you, etc.

As more electronic devices are used, the battery’s power reserve gets used up faster and faster. This discharge rate is inversely related to how long the battery will last.

For instance, a typical lead-acid battery can be charged around 500 times. But if the battery’s electronic load is always at 100%, it will only last for about 150 charging cycles.

In the second case, if only 20% of the battery’s power is being used at all times, the number of times it can be charged will go up to 1000.

You know it takes a lot of energy to crank. When the car is being driven, the alternator tries to get that power back from the battery. But what happens when we only go a short way? You’re right, the battery can’t fully charge itself.

If you do it often, the battery goes through a process called acid stratification, in which the concentrated electrolyte starts to settle at the bottom, leaving the upper plates hungry. Now, instead of 5 years, you can only expect around 3 years.

Most of the time, a battery dies quickly and doesn’t give many signs. But you can save yourself a lot of trouble if you look for these signs before your car breaks down. –

When you start the engine, it uses a lot of power for a short amount of time. The motor needs power right away, so the battery has to give it to it. If it takes longer to start your car and the starter motor doesn’t spin as fast as it used to, your battery may be getting weak.

Clicking sound from the starter motor

When the battery has even less power left, the starter motor will click as it tries to get the engine going. In this case, try turning off everything electrical in the car and then trying to start it again. The last choice is to use a jump start. Read about what to do if your battery runs out.

Halogen Car headlights use a fair amount of power. And because you use it so often, it’s easier to notice if the headlights aren’t as bright as usual. This is a good sign that your battery needs to be changed.

How to Extend Car Battery Life

1) Don’t take your car on too many short trips. If you can’t drive long distances every day, try to do it at least once a week.

3) Don’t leave the electronic parts on when the engine is off. When not in use, make sure to unplug any accessories that are plugged into the cigarette lighter.

4) If your lead-acid battery is not sealed, you should check the water level every two months.

5) If you don’t drive your car that often, buy a good trickle charger for the battery.

To hear what Scotty Kilmer has to say, play the video below:

You might not be able to change some things, like the weather or your drive. That’s fine, but do what you can to help your battery out. Again, you can expect a car battery to last for 5 years.