The cooling system’s primary function is to keep the engine operating at its optimum temperature. As the engine’s pipes and ducts are constantly filled with coolant, the engine’s water pump is always running. The coolant flows into the front radiator to dissipate the heat that has built up in the engine.

So, how long does coolant last?

Depending on the kind and color of coolant, the car’s coolant typically lasts between two and five years, or 40000 and 50000 kilometers (24000 to 31000 miles). The coolant level in the tank should be checked, as well as a visual inspection for any contaminants, during the overhaul. There may be foreign substances in the coolant, or there may be a change in the composition’s physical qualities.

The cooling system should be cleaned and the coolant replenished if the color of the coolant becomes reddish.

After a set number of miles or if you notice any issues with the cooling system, you should have your automobile serviced. Do you want to know how long coolant in a car lasts? To get the full picture, keep reading.

What are the factors that influence the coolant’s lifespan? 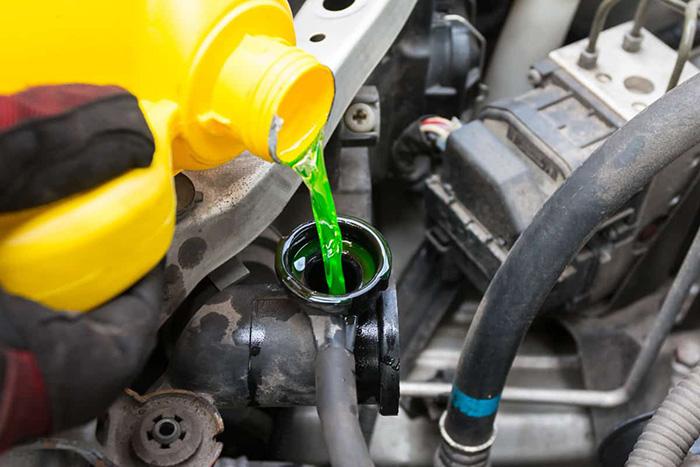 Taking into account the unique characteristics of each vehicle, it is required to make adjustments based on information provided by car manufacturers on the frequency of coolant replacement. The following considerations must be kept in mind when addressing this problem:

Does 50-50 antifreeze water influence how long the mixture lasts in a car? 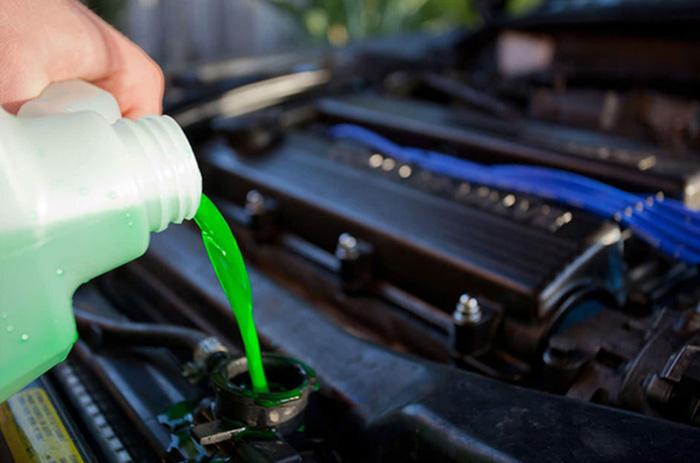 To keep your engine from overheating and your car from freezing in the winter, your automobile’s coolant absorbs heat.

Your car’s coolant lifespan will not be affected if you drive more aggressively.

How long does coolant last depending on its color?

Radiator fluids come in a variety of hues, which might be another source of perplexity. Colors were introduced for a variety of purposes, including:

However, each hue has its own meaning and chemical composition, which makes it ideal or unsuitable for a certain car type.

This is a cooling fluid of the modern era. Carboxylic acid is used in the pink coolant, which is compatible with the G12.

For optimum performance, use the pink coolant liquid as an addition to the current coolant or as a complete replacement. The pink coolant’s life expectancy varies according on the conditions, but it should last on average for five years or 130000 miles (210000 km).

High performance synthetic radiator coolant that reduces engine heat by reducing fluid tension to increase heat transfer and is compatible with G13, a newer antifreeze type used in modern cars. This product can also be utilized in older vehicles.

It keeps a radiator free of scale deposits, allowing the coolant to flow as efficiently as possible. About 3 to 5 years, or about 150000 miles, is the typical life expectancy of the purple coolant liquid (240000 km).

Some Nissan, Citroen, and Hyundai engines use an ethylene glycol-based liquid containing silicates that is principally used by Renault.

Overall, it’s a liquid with little market demand. To avoid confusion, this liquid has a light green tint that tends to turn yellow. You should replace the green coolant in your car approximately every three years, depending on the operating conditions.

The red liquid, first introduced to the market in 1997 and now found in virtually every modern automobile engine, has grown in popularity in recent years. The new liquid’s ingredients are one of its most notable features.

Contrary to other colored liquids, this one has solely organic components (without silicates and phosphates). Organic additive technology, or OAT, is the abbreviation for this type of technology. The typical lifespan of red coolant fluid is two years.

Is coolant still in good condition if the car has not been driven for a long time?

Your car’s engine needs to be checked on a regular basis for changes in the coolant level and its original appearance. The ideal range is somewhere in between the MIN and MAX values.

Engine coolant can also become bad if it is left in the engine for an extended period of time. After being polluted by scaling and dust, the older fluid develops an acidic buildup, lowering its freezing point and boiling resistance.

Because of this, it is best to change your coolant frequently to avoid overheating, freezing, or contaminating your engine.

Are there any other aspects that influence coolant’s quality and lifespan?

When we talk about engine coolant, we’re referring to a mixture that keeps the propulsion system’s temperature in a comfortable range.

Liquids must be able to withstand extreme temperatures in order to accomplish this. variables that affect the coolant’s quality and longevity include:

For these reasons, it is critical that the engine’s coolant function properly to prevent overheating. It ensures that the motor’s heat is dissipated to its maximum potential when operating at peak efficiency. Essentially, this implies that the motor can operate at its best temperature because it heats up more quickly.

Because of a lack in certain physical properties, the fuel system may operate at a slightly higher temperature and with potentially significant implications for the engine and its cooling system components.

How To Clean Spark Plug Wires
What Are The Symptoms Of A Faulty Thermostat?
Powerful Royal Enfield Himalayan
How Long Can You Drive Without Oil