If you’ve had to jumpstart your car a few times in the last few days or weeks, you might think it needs a new battery. Reconsider. A mechanic will tell you that people often throw away perfectly good batteries because they don’t give them enough time to fully charge.

But how can you tell if your battery needs to be replaced or if it just needs more time on a charger? Keep reading, and we’ll tell you how long it takes to charge a car battery and everything else you need to know about your car battery, which could save you hundreds of dollars.

How Long Does It Take to Charge a Car Battery

AutoZone and O’Reilly’s will test your batteries for free, but these tests don’t tell you everything you need to know. If you have them tested before the battery is fully charged, you might get a wrong reading that says you need to replace the battery.

It’s not the tester’s fault; if you hook up a dead battery, it will tell you that it’s dead, and until it’s fully charged, the tester can’t give you an accurate reading about the battery’s health.

But that just puts you back where you started. How do you know when the battery is fully charged? Using a voltmeter or a multimeter to test it is the easiest way. The voltage of a fully charged battery is 12.6 volts. Even though it is called a 12-volt battery, a battery that only has 12 volts is only 75 percent charged.

Lastly, a battery isn’t necessarily good just because it says it has 12.6 volts. It just means that the battery is full. If you test a battery that has 12.6 volts and it still says it’s bad, you need to replace it. Also, some bad batteries won’t hold a charge no matter how much you charge them. 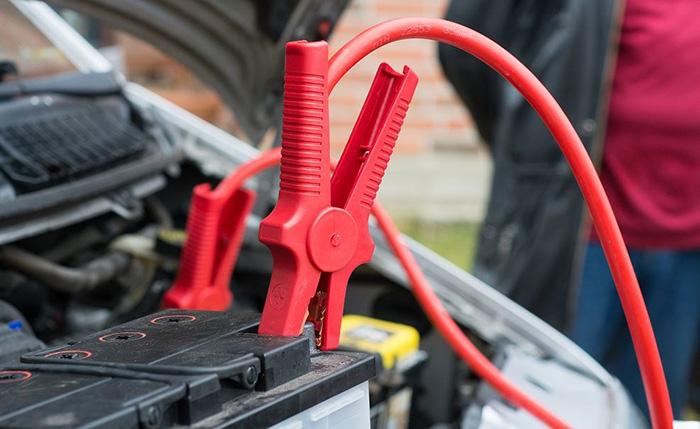 There are a few things to think about when you’re trying to figure out how long to leave your battery charging. From the type of battery you’re charging to how much voltage it still has, you could blow up your battery if you don’t know what you’re doing ahead of time.

1. How Dead is Your Battery?

2. How Old is Your Battery?

The longer it takes to charge an old battery, the longer it has been used. As batteries get older, they get more calcified, which makes it harder and takes longer for them to charge. If the battery gets too hard, it won’t be able to get a charge strong enough to work right.

3. What Kind of Battery Do You Have?

It’s also important to know that a standard lead-acid battery and an AGM battery use different chargers. Since AGM batteries can only be charged slowly, it takes longer to charge them. But they keep their charge longer than traditional lead-acid batteries do when they are not in use.

4. How are You Charging Your Battery?

When trying to figure out how long it will take to charge your battery, the type of charger you use is the most important thing. 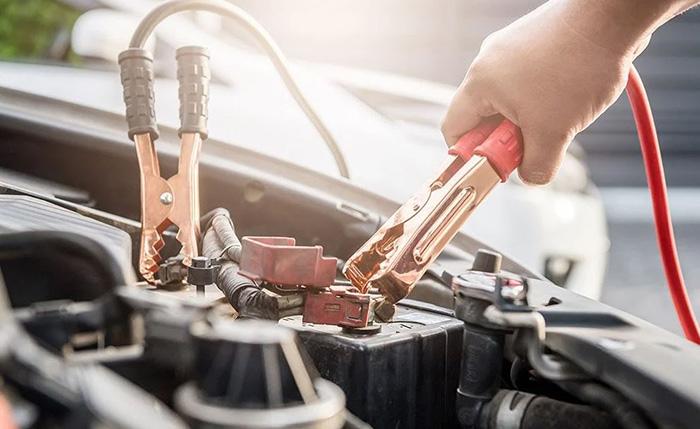 Not every battery charger is the same. Whether you want a battery charger for your repair shop or for your car, the right one for you will depend on a number of things. But what kinds of battery chargers are there, and which one do you need? We’ll break everything down so you can understand it.

The best way to charge a battery is with a trickle charger. A trickle charger might take a little longer to get the job done, but it makes it much less likely that you’ll overcharge your battery or damage it while it’s being charged.

Not every slow charger works the same way. There are many different kinds, but the 1-amp and 2-amp trickle chargers are the most common.

Even though both of these options are better for your car battery than a 40-amp charger, a 1-amp charger is even less likely to hurt your battery. The biggest problem is that your battery will take twice as long to charge.

If you have time, buy a 1-amp charger instead of a 2-amp charger. But a 2-amp trickle charger is still a great choice if you want to get things done faster or just don’t want to wait.

The best way to charge a car battery might be with a trickle charger, but you don’t always have time to stand around and wait for the battery to charge. This is why you need 40-amp chargers. Even if a battery is completely dead, it only takes about an hour to charge it.

Because of this, 40-amp chargers work best in vehicles. This way, if you get stuck somewhere, you can get back on the road quickly instead of having to wait a day or two. Even though 40-amp chargers are much easier to use than trickle chargers, it’s best to stay away from them if you can.

Both types of chargers can fully charge the battery of your car and get you back on the road, but each has its own pros and cons. Check out our list of pros and cons for a quick look at what each type of charger has to offer.

How to charge your battery in the safest way

Charges your battery quickly so you can get back on the road.

More likely to damage your battery

Whether you buy a trickle charger or a 40-amp charger, you should spend a little more money and get a smart charger. Smart chargers can tell how much the battery is being used and adjust the charging output to match.

If you don’t have a smart charger, you’ll need a battery tester to figure out how long to leave your battery charging. Even after you’ve done the math, you’ll still need to test it every now and then to make sure you don’t hurt the battery.

Because if you overcharge a battery, it could get damaged or even blow up! You don’t have to worry about that with a smart charger. Instead, the smart charger will automatically turn off the power once the battery is fully charged, leaving you with a fully charged battery.

This is a great safety feature because if you forget to turn off a regular battery charger, you might come back to your shop or garage to find an exploding battery.

Jump-Starting Your Car (Charging with the Alternator)

All this talk about battery chargers is cool and all, but if you don’t want to hook up your battery to a charger, you can always let your alternator do the work for you. As long as your car’s alternator is working right, it will charge the battery in the same way as a 40-amp charger.

Even better, the alternator in your car is like a smart charger, so it won’t overcharge your battery. When your alternator is done charging the battery, it sends any extra electricity straight to the ground.

Since the belt drives the alternator, the higher the RPM of the engine, the harder the alternator works. If you’re on the highway, you might be able to fully charge the battery of your car in less than an hour. But if you’re just sitting around in the parking lot, it might take a few hours.

Even though it’s not foolproof, the best way to charge your battery after getting a jumpstart is to drive your car as much as you can before turning it back off.

How to Test Your Alternator

If your car battery always dies, even though you make sure it’s fully charged before putting it back in, you might have a bad alternator. If your alternator doesn’t work right, even the best batteries will die in a few days or weeks.

Even if it’s annoying, the battery tester doesn’t lie. If you fully charge your battery and it still dies, you won’t be able to fix the problem for long by replacing it. You could have a bad alternator, or you could have something called a “parasitic draw.”

As a final note, modern cars have a lot of electronics, and a small parasitic draw is perfectly normal. Because of this, if you won’t be driving your car for a while, you should disconnect the battery by removing the negative cable. If you don’t, the next time you try to start it, the battery will probably be dead.

When you’re charging the battery in your car, you should always do a few standard things to keep everyone safe and lower the chance of damaging the battery.

The first thing you need to do after starting to charge your battery is to wait a few minutes. It doesn’t matter whether you use a smart charger or a regular one. It would be better if you stayed to make sure everything is working right before you left.

Most of the time, you’ll be able to tell within the first couple of minutes that your battery has a bad cell or a short inside it. If your battery starts to smoke or bend in any way, you should immediately unplug the charger and get a new battery.

If a battery with 12.6 volts doesn’t have any amperage, it won’t be able to start your car. Connecting it to a battery tester is the easiest way to find out. AutoZone, O’Reilly’s, and other parts stores will usually do this for free.

Take your time when you charge your battery. Slow chargers take a long time to work. It would be best to wait until the battery has been on the charger for a long time before you test it. If you don’t, you’ll get a false signal that the battery is bad. Let it charge all the way up, and you might save a little money.

Even though it might be hard to figure out if your battery is fully charged, it could save you a lot of money. Most new mechanics make the biggest mistake of not giving batteries enough time to charge.

But the truth is that it will probably take a day or two to fully charge the battery in your car. But at the end of it, you can be sure that your car will start the next time you need to go somewhere.

How Much Does It Cost To Fix A Car Dent
What Is G12 Coolant Equivalent?
Top Reasons Why Your Toyota Camry Won't Start
Dealership Labor Rates 2020