How Long To Trickle Charge A Car Battery Updated 02/2023

If you have an old car or a sports car, keep the battery charged so that when you take the tarp off, the car is ready to go. But how long does it take for your car to charge all the way up?

Depending on how bad the car battery is, a trickle charger can take up to 48 hours to charge a battery. Most trickle chargers only put out 1-2 amps, which is why the charging process is so slow. This slow charge keeps the battery from getting too hot or getting too full.

It’s important to remember that trickle charging is only used for cars that aren’t used very often. Car batteries are made so that they can get charged while the car is running. We’ll explain why a trickle charger is sometimes the best way to keep your car safe.

Why Trickle Charging Is the Better Option 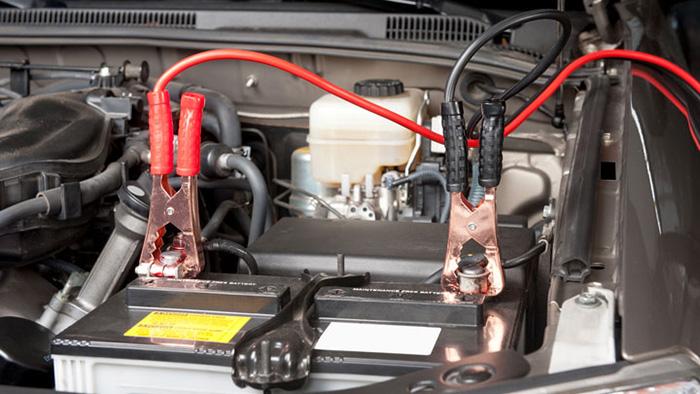 Even though trickle charging takes longer than other methods, it is better in the long run. When you charge your battery in this way, it won’t lose power as quickly as when you charge it in other ways.

Other methods use more amperage, which is the amount of power being sent to the battery. This makes the process of charging go faster.

On the other hand, this makes the battery heat up faster and can even cause it to overheat. When you use other methods, there is also a chance that you will overcharge your battery.

Trickle charging is much slower, and the charger is made so that it can’t charge too much. Manual chargers don’t know when the battery is fully charged, so it is possible that the battery could be overcharged.

It can keep doing this over and over until the battery is full again.

Another benefit of trickle charging is that it keeps sulphate deposits from forming on your batteries. When you drive your car, sulphate is made by the battery.

Small sulphate crystals start to build up on the battery plate over time. If there are too many, it will make your battery work less and less until it is completely dead.

This happens a lot with cars that haven’t been driven for a long time. There isn’t enough time for the car to fully charge, so the crystals keep building up because it’s easier for them to do so.

Because trickle charging is always charging the battery and making it “run,” these crystals don’t get a chance to build up over time.

As we already said, sulfation usually happens when a battery isn’t charged enough, which is common in older cars and sports cars.

Since they are only used occasionally, the crystals have more time to form. A trickle charger, on the other hand, stops this from happening.

Length of Time to Charge 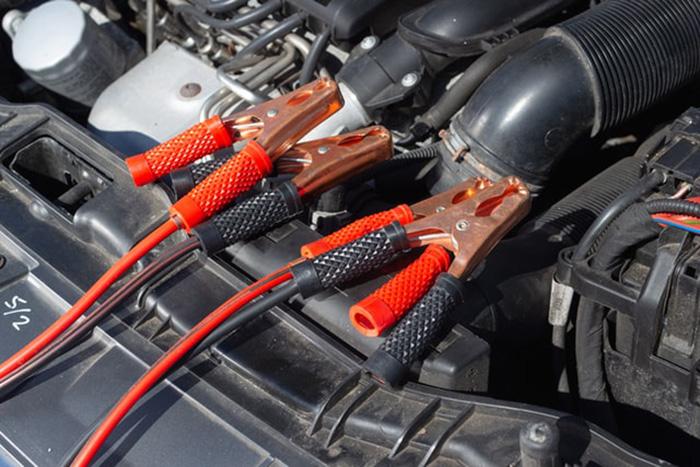 With trickle charging, the current is very low. Every hour, these chargers put out 1-2 amps. About 48 amps of power are stored in a typical car battery. Because of how slowly power is transferred, it takes a long time to charge the battery.

The temperature of the battery is kept stable, which makes it less likely that your car battery will get too hot. For your car battery to be fully charged, it can take anywhere from 24 to 28 hours.

There are many things that can cause this length of time to change. The most important thing is how much charge is already in your battery. A battery tester for cars can tell you how much charge is left. You can also figure this out by hand if you like to do a lot of math.

You have to figure out how much time is left on your battery, how much power is in reserve, how much voltage is being used, and what percentage of the battery is left in amp-hours. After you figure out all of this, you’ll know how long your car will take to charge.

The model, year, and make of your car are also things that affect how long it takes to charge. Make sure you know as much as you can so you can get the best result.

A trickle charger could be used to bring a dead battery back to life. This will take even longer because the battery will take longer to hold its charge. Once it’s good at keeping the charge, the normal charging cycle will be the norm.

You should also check how long you can leave your car connected to the trickle charger. Some are made so that you can charge your car for up to a month at a time.

These are good if you live somewhere where it is always winter or if you might need to use your car in an emergency. Some cars can only be charged for a few days at a time.

If you don’t unhook the cables from the battery, you could hurt both the battery and the charger. Always check your charger’s manual to see what rules have been set for how to use it.

It’s important to look at your car’s specifications or take it to a mechanic. Checking the condition of your battery is also important. If there are a lot of sulphate crystals on your car battery, it is unlikely that it will hold a charge for a long time.

If you want the car battery to be able to hold more charge, you’ll have to get it conditioned. This can take up to four weeks because it is a long process.

This has everything to do with how many sulphate crystals have formed inside the car battery.

How Long Should A Car Run After Getting A Jump
What Is A Stage 1 Tune?
Kansas Window Tint Ticket Cost
Fuel Pressure Regulator Stuck Closed