The last thing you want to hear when you take your car to the shop is that it needs a new engine or an engine rebuild. An engine rebuild sounds hard and expensive, but what is it, and how much should it cost?

We’ll go over all the different situations and tell you what the shop (or you!) should do in each one. Even though rebuilding an engine is expensive, it should give you another 100,000 to 150,000 miles.

Cost To Have a Shop Rebuild Your Engine 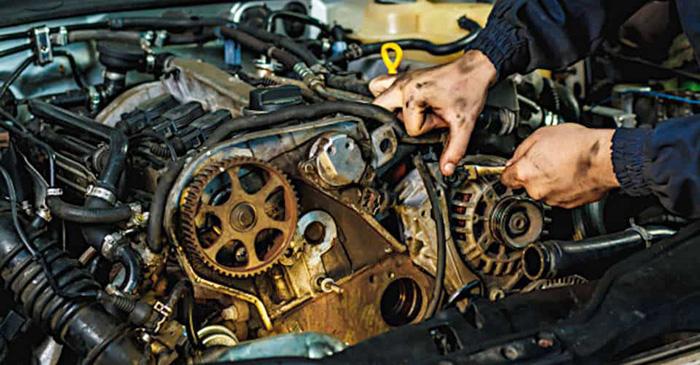 If you don’t know a lot about mechanics and want to rebuild your engine, you’ll probably take it to a repair shop. We’d love to tell you exactly how much a rebuild should cost, but the price depends a lot on what kind of car you have and how much work needs to be done.

Depending on what you drive and the size of the engine, most full rebuilds will cost between $2,500 and $4,500. Even if the engine doesn’t need a full rebuild, it costs more to fix the bigger it is.

Just remember that if the mechanic is going to take the time to replace piston rings and hone the cylinders, you should go for a full rebuild.

The mechanic has already taken the time to take apart your engine, and most of the cost of most parts is the time it takes to put them back together. Since you’re already paying for the work, you might as well get new parts out of it.

Think about it this way: replacing a timing belt usually costs between $600 and $800, but most timing belts can be found on AutoZone for about $20! The rest of these costs are for work done. You don’t want to have to buy a new timing belt for $800 because you didn’t spend an extra $20 now.

Cost To Rebuild Your Engine Yourself

Even though it’s a big job, you can save a lot of money if you can do the rebuilding yourself. Just remember that you can’t hone out the cylinders unless you have special tools, so if your engine needs it, you’ll still have to drop the block.

The tool isn’t too expensive, which is good, but the process is complicated, so you don’t want to mess it up. But if you can get the block to a shop, they should be able to sharpen the cylinders for between $80 and $200, depending on where you take it and how many cylinders you have.

But don’t skimp on parts when you’re putting together a rebuild. Get everything you need, and make sure the parts are of good quality and will last. You don’t want to spend 20 to 40 hours rebuilding your engine only to find out that the cheap gasket you bought doesn’t do the job.

Signs You Need an Engine Rebuild 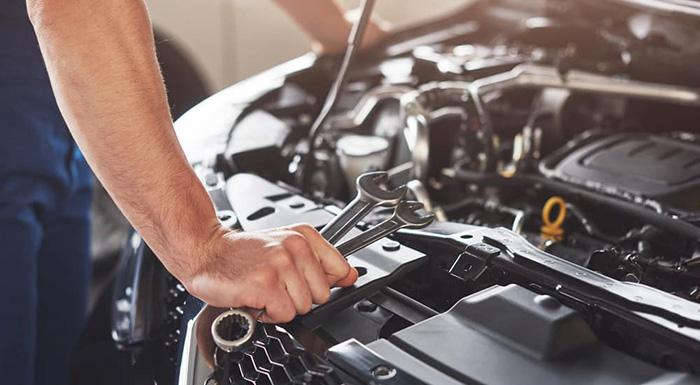 Make sure you really need an engine rebuild before you start taking it apart and putting it back together. Here are three of the most common signs that your engine needs to be rebuilt.

Just remember that these signs can also mean other things. If you’re still not sure what your car needs, take it to a certified repair shop to get a proper diagnosis.

There are many different kinds of strange sounds, but they all mean that something is going on below the surface. If metal parts are rubbing against each other, you might hear scraping. If the engine timing is off or the spark plugs are worn, you might hear knocking. If parts are loose, you might hear chattering.

Any of these sounds could mean that you need to rebuild your engine. Of course, they could just mean that your spark plugs need to be replaced.

2. Fluids Where They Don’t Belong

If you want a clear sign that your engine needs a major tune-up, look for fluids in places they don’t belong. Coolant is known to leak into other parts of the car, so if you find it in your oil or exhaust, you need to replace some gaskets.

Oil and power steering fluid can do the same things, but it doesn’t happen as often. Just know that if there are fluids in places they shouldn’t be, an engine rebuild should fix things.

A blown head gasket is easy to spot because it makes a lot of smoke. Replacing a blown head gasket guarantees at least a top-end rebuild. Even though you can save money on the other parts, you might as well switch them out while you’re taking everything apart.

When you’re inside, you might realise you need a full rebuild, but that really depends on how everything looks when you start taking it apart.

What Goes Into an Engine Rebuild?

Rebuilding an engine is a long process. What goes into an engine rebuild? We’ll talk about two common ways to rebuild an engine: the top-end rebuild and the full engine rebuild. So, whether you take it to a shop or do it yourself, you’ll know exactly what to expect.

Rebuilding the top of an engine isn’t nearly as hard as rebuilding the whole engine. As the name suggests, only the top half of the engine is being fixed. This is a great choice for engines that need a pretty big makeover but still have pretty good working parts.

During a top-end rebuild, the head gaskets, cylinder head gaskets, spark plugs, filters, intake and exhaust gaskets, and sometimes the piston rings, are all replaced.

Sometimes, you’ll need to take off covers for parts like the water pump to get to these parts. If that’s the case, you’ll also need to replace the gaskets on those covers.

Rebuilding the engine’s top end is nice because it lets you look inside the engine and see what’s going on. During this step, you can carefully check other engine parts to make sure that when you put the engine back together, it works as it should.

Even though you aren’t fixing every part, a top-end rebuild can fix a lot of problems and isn’t nearly as expensive as a full engine rebuild.

If you want to refresh your engine, a top-end rebuild can help. But if you want to give your engine a complete makeover, you need a full rebuild. A full rebuild is the same as a top-end rebuild, except that you also replace the timing belt, cover gaskets, water pump gasket, oil pan gasket, pulleys, idlers, and anything else you find along the way.

You also rebore the pistons, and while you’re at it, you should change the spark plug wires, rocker arms, lifters, and pushrods. When you do a full engine rebuild, you have to look at every single part. If more things break, the costs can start to go through the roof.

You might need to replace the water pump, crankshaft, camshaft, alternator, and other parts of the engine. Each of these parts is expensive, so if you need to replace them, you should add the cost of doing so to the total cost of the rebuild.

People have a lot of different ideas about whether you should rebuild your engine or buy a new one. When you take your car to a mechanic, it’s not a bad idea to skip the rebuild and go with a new engine that has been rebuilt.

The difference is that you don’t get your engine back. Instead, you get one that the shop has already fixed up. This shortens the time your car is in the shop, and it’s almost always a little bit cheaper to do it this way.

But if you want a brand-new engine, it will cost you between $4,000 and $8,000, depending on how big it is. Almost always, it’s cheaper to rebuild your engine than to buy a new one.

Even though you might not be getting brand-new parts, a completely rebuilt engine should last just as long as a new one, as long as it was fixed by a reputable shop and the right parts were used.

Even though rebuilding an engine can be expensive, it completely refreshes the motor and is still cheaper than buying a new one. Taking care of a car means keeping up with the motor, and it’s only a matter of time before the whole engine needs to be updated to keep the car on the road.

Now that you know how much it should cost, you can decide if it’s worth fixing or if you should get a new car.

Cheapest Bmw To Maintain
BMW 320d Gran Turismo Sport Launched At Rs 46.6 Lakh
Should I Sell My Car To Carmax The Answer
How To Protect Your Car From The Rain