You’ve probably heard that putting cold air intakes on your car will make it run better. Still, not everyone knows how much of a boost they are supposed to give cars after they are installed.

Most cold air intakes add between 5 and 20 horsepower (hp). But the increase in power will depend on how much airflow is improved over how the car was originally set up.

Putting in a cold air intake is a cheap way to improve your car and give its engine more power.

Your car’s normal intake does not cool the air before it goes into the combustion chamber.

As air cools, it condenses, which makes oxygen more concentrated. The more oxygen you let into the chamber, the more power you can get out of your pistons.

Burning is a chemical process that depends on the right amounts of each element. Usually, cars don’t give out as much oxygen as they could.

If there isn’t enough oxygen in the chamber when the fuel burns, it won’t all burn. If you leave fuel in the chamber, you lose power and the fuel turns into gunk.

That’s how this auto mod works at its core.

You’ll have to get a new intake for your car, which will open it up. Most stock intakes aren’t as big as they could be.

They made cold air intakes so that the engine doesn’t absorb as much heat. It is inside a heat shield, which keeps hot air from getting into the filter.

Hot air creates a high-pressure area that is easy for a well-designed intake to take advantage of. They’ll take cool air from that pressure zone and pump it into the engine.

That’s how they can make your engine have more horsepower. It’s a small change to the original design that ends up making a big difference.

How Much Horsepower Does a Cold Air Intake Add? 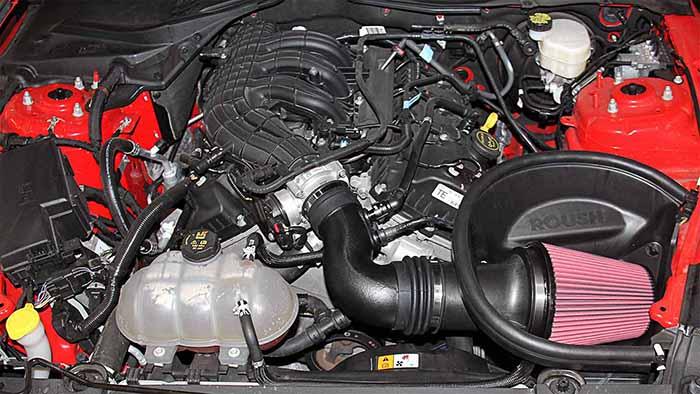 It’s hard to know exactly how much horsepower your engine will gain. There are a lot of parts that could make it hard to see what it does.

But we can give you a range that is close enough for you to make decisions. When cold air intakes are added, most cars get a 5 to 20 HP boost.

If your engine design doesn’t let much air in, it will be bigger.

Some cars come with intakes that let a lot of air in as soon as they start moving. Because of that, driving one of them wouldn’t give you a big boost.

Replacing an intake that doesn’t let in much air has a bigger effect than one that lets in a lot of air. How much of a boost you get will depend on how much it improves the flow of the engine. As its flow goes up, its power keeps going up.

Using sound science, cold air intakes increase the power of your car. When you improve the quality of the air going into your engine, it runs better.

The stock intake on your car is usually in a high-pressure zone. The way they are made takes into account many different factors. But they don’t always care about putting out as much power as they can!

Because of this, you can boost the power of your engine by replacing its intake. Putting in a cold air intake will make the car’s air flow better.

Plus, it will get better quality air at the same time!

When air is in the combustion chamber, there is more oxygen in the cold air. If you can add more oxygen, the fuel will burn all the way. So, it makes your engine have more horsepower.

When the pistons lit the fuel, you didn’t burn up all of it. So, some power was lost each time the wheel turned. Full combustion of the fuel can even keep gunk from building up inside the engine. 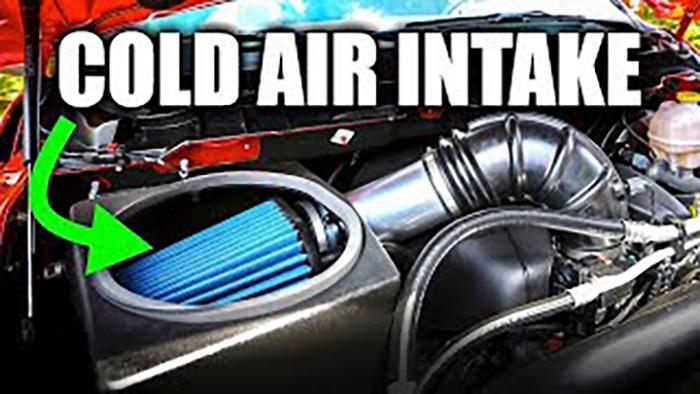 Depending on your budget, the best mods to increase horsepower will vary. Look into forced induction systems if you want the biggest possible boost.

The way that turbochargers and superchargers work is the same. So that all of the fuel burns, they force more air into the combustion chamber. If they’re made well, they can add up to 25 percent more power to your car.

You’ll also have to pay a lot more to get one. Depending on the car, a turbo could cost more than $5,000. Usually, you can’t get a supercharger for less than that.

Putting in new camshafts is another way to give your engine more power. They keep the fuel valves open so that gas can flow into the chamber. By putting them in your car, you can get up to a 30 hp boost.

If you want to put camshafts on your car, you can get a set for about $150. Installing everything takes a long time, so make sure you have enough time.

You can also get more horsepower by getting a better exhaust. Installing a full exhaust kit is the only way to really feel a boost. First, you’ll replace the engine’s headers with ones that are bigger.

A new header can increase the flow of the engine and bring more oxygen into the combustion chamber. You can also increase flow by using tubing with a larger diameter.

You can also use an X-pipe to replace the crossover you already have. We would also suggest using a high-flow catalytic converter to keep things from getting too tight.

If your car has a carburetor, you can add more power by upgrading it. When the engine is running, a high-flow fuel pump should give the engine more fuel. Add high-flow injectors to them to get the most boost possible.

Tuning a car’s ECU is one of the best ways to give it more power. The electronic control unit tells the combustion chamber how much fuel to put in. If you have an OBDII port scanner, you can usually reprogram them.

Just plug it into the port in your car and look at the code. You might need to get some new songs. Then, if you connect the scanner to the port on your car, you can update the codes. After a few minutes, everything will be up to date.

If the engine is natural, tuning it can give it a 5% boost in horsepower. If there was a forced induction system, the boost would be even bigger. If your car has a turbo, you can get a boost of up to 50%.

Naturally Aspirated Vs Turbo
What Is A Tandem Garage?
Does Armor All Damage Leather
Best Battery For Dodge Cummins Diesel