You’ve heard the word “turbocharged engine” so many times that you have a rudimentary understanding of how it works, but how much horsepower does it add?

Adding a turbocharger to an engine usually necessitates a slew of other improvements, making the answer more complicated than it appears. Power gains of 10 to 50 percent are typical for a single turbocharger in most cases.

Jeremy Clarkson’s definition of a turbocharger is one of my favorites:

The turbocharger is spun by the exhaust fumes. You’re going quicker because of the witchcraft.

The fact that the turbocharger is a turbine powered by exhaust gases and sucking in air to improve airflow via the intake makes the phrase even hilarious. By increasing the amount of air in the mixture, more oxygen is introduced, which improves combustion and increases the amount of power created through each cycle of the engine.

There is an intercooler that lowers gas temperatures, a wastegate valve that restricts the boost pressure, and a blow off valve that eliminates any extra pressure.

In only a few minutes, Jason from Engineering Explained explains the fundamentals of turbochargers.

How Much Horsepower Does a Turbo Add? 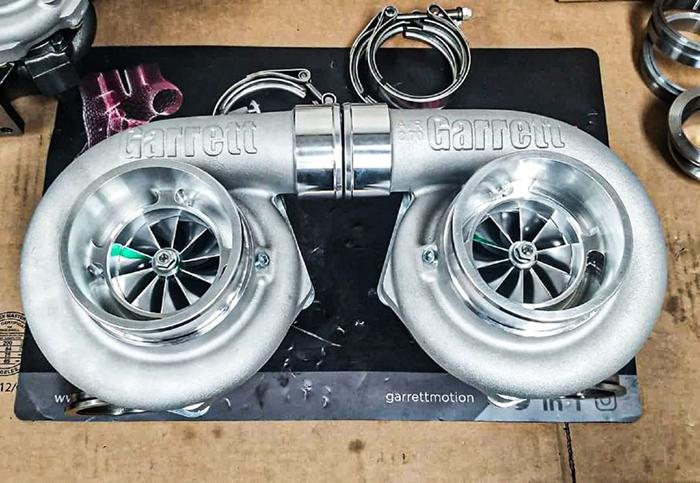 A turbocharger can add anything from 10 to 50 percent additional power in most circumstances. In reality, the actual increase in power can easily exceed 100 percent. Fuel injection must be enhanced at the absolute least in order to achieve this goal.

The 1.9 liter R4 TDI turbocharged diesel engine from Volkswagen is my favorite illustration of turbocharger benefits. Almost a dozen different models of this engine have been produced, ranging in power from 74 horsepower to 158 horsepower.

Twin and bi-turbo engines are also fairly prevalent. The term “twin turbo” refers to engines with six or more cylinders that use two identical turbines to distribute the load. If you have two turbochargers, it is called a bi-turbo (or sequential-turbo) system. While the smaller turbo handles low RPMs, the second or both of the larger turbos engage at higher RPMs in order to significantly enhance power output

You’ll also find engines with six or eight cylinders that use quad turbos. A naturally aspirated engine that can take a quad turbo setup easily doubles the horsepower by using two bi turbo setups to provide tremendous amounts of power.

What Is Turbo Boost?

The positive pressure created by the turbocharger is known as turbo boost. In other words, it measures the difference in pressure between the intake manifold and the surrounding air. There are two units of measurement: psi (pressure) and bar (pressure).

However, excessive boosting would put the turbocharger and the engine at risk for a wide range of issues, including damage to the turbo.

Component failure and knocking noises are all symptoms of an overheated engine.

What Is Turbo Lag? 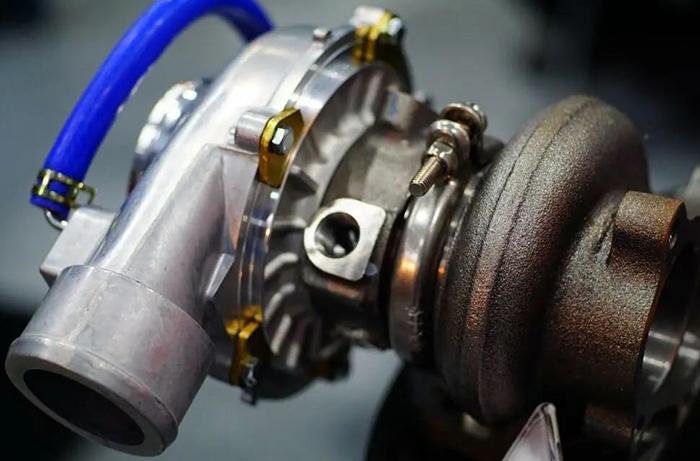 Exhaust gases are used as a catalyst by turbochargers to force more air into the intake. In addition to this problem, turbo lag is the biggest drawback of the turbochargers

Exhaust volume is insufficient while the engine is running at low revs to generate enough boost. Due to the engine’s ability to run like a normally aspirated one, the vehicle will have the sensation of having half of its power available to it. The boost only kicks in and offers more power when you increase the engine’s RPM to a high enough level.

Turbo lag is unavoidable with a single turbine engine’s boosted power. The greater the turbo lag, the larger the turbine must be before it can begin boosting due to the increased pressure. Small turbines, on the other hand, operate at speeds just above idle but are unable to produce enough thrust to generate significant amounts of power.

When braking or moving gears, it’s natural to take your foot off the gas pedal, which might cause turbo lag. There are, however, a few ways to get around it.

First, apply the heel-to-toe approach to reduce turbo big. Apply the clutch first and then the brakes. When downshifting, you can step on the throttle with your right foot’s heel while the transmission is disconnected. When you let go of the clutch, keep your foot on the gas pedal to let the turbo boost come on faster.

Some vehicles don’t allow you to go heel toe, while others can be a pain depending on where you’re sat. It’s possible to accomplish the same thing with less effort, but the process will take longer. The first step is to take a break until you’ve slowed down enough. Use your right foot to press the throttle a few times as you transfer gears as you engage the clutch.

To utilize either approach, you’ll need a manual transmission. In the event that you’re accelerating toward another car yet notice an opportunity to overtake it, these devices are designed to help. To avoid turbo lag, the vehicle will be ready to go as soon as the left lane is clear.

Uphill driving necessitates regular usage of both strategies for me. I need to break when I get to a steep turn, but I don’t want to lose the momentum I’ve built up. When it’s safe enough to do so, I can increase my speed and tackle the corner without any difficulty.

The Drawbacks of a Turbocharger

There are numerous advantages to using a turbocharger. There are several advantages to turbocharged engines. First, they allow you to have the same power as larger, naturally aspirated engines with smaller displacements and less fuel consumption.

There is just one significant negative to turbochargers, which is that they add complexity to the engine.. Each additional component raises the probability of a component breaking. If your automobile has a single turbocharger, you don’t need to be concerned, but if it has two or four, you should think about the cost of repairing or replacing them.

There are few ways to increase engine power without expanding its displacement or establishing high tolerances that would significantly effect manufacturing costs. Turbochargers are the second best option.

At what RPM do turbos kick in?

Exhaust pressure generated at 2, 000 RPM is typically enough to spin the turbine and provide a turbo boost. As the size of the turbine increases, so does the RPM. Smaller turbines will engage sooner, while larger turbines are generally configured in a bi-turbine structure, with a smaller turbine producing power at a lower RPM.

Are turbos bad for your engine?

Turbochargers installed at the factory are not harmful to your engine. Because of the manufacturer’s design, the turbo boost will not harm the engine. A bespoke turbocharger or even a modified standard turbocharger might damage the engine since it exceeds the engine’s tolerance thresholds.

Does a twin-turbo make a car faster?

It’s true. Exhaust gases from each of the turbochargers of an eight- or six-cylinder engine are channeled through separate split exhaust manifolds. This generates adequate boost to power all the cylinders. It’s possible that the percentage increase in power is similar to that of single turbo engines, but the figures show that twin turbo gives far greater power.

It has become a necessary for engines with smaller displacements to have turbochargers in order to greatly increase their power and make them more useful on the open road. Turbochargers aren’t always necessary in larger engines, such as inline sixes, V6s, and V8s, although they can be used in pairs for enormous power increases.