There are so many things to think about if you just bought a Tesla or are thinking about it. Many people ask if you should charge your Tesla every night, which is one of the most common questions.

To get the most out of your battery’s performance and life, you shouldn’t charge it overnight unless it’s down to 80 percent. This is because fully charging the battery puts extra stress on the battery that isn’t needed.

Even though this is the general advice, keep reading to learn more about how to keep your battery in the best shape possible by charging it correctly.

How Often Should You Charge Your Tesla?

Well, as we’ve already said, you can charge it every day, but you should pay attention to how much you let it charge. If you charge your car every night and let it get fully charged, this isn’t what the owner’s manual says to do.

But if you charge it every other day and don’t let it get over 70% charged, you’re doing exactly what it needs. This is because fully charging the battery puts extra stress on the battery that isn’t needed.

Keeping it between 20% and 80% charged is good for most day-to-day uses. You should only charge up to 90–100% for longer trips or when you know you’ll need the extra range.

If you charged the battery all the way up to 100%, you shouldn’t charge it again until it’s below 80% because you don’t need it until then. This will give the battery a break so it doesn’t have to work too hard all the time.

If you won’t be driving your car for a while, like if you’re going on vacation for the weekend, you can leave it at around 60 percent. This is still thought to be good for battery life and saves energy.

If you want to keep your Tesla battery in good shape, it’s important to keep it charged above 20 percent as much as possible. Draining the battery all the way down puts more stress on it than keeping it full.

“A happy Tesla is a plugged-in Tesla,” says the manual, so don’t be afraid to charge it!

You don’t want to charge it as much as possible. Instead, you should give the battery a chance to rest. Using it up every chance you get is not good for the battery’s life, and charging it too often will probably shorten its life.

Is It Bad to Charge Tesla Every Day? 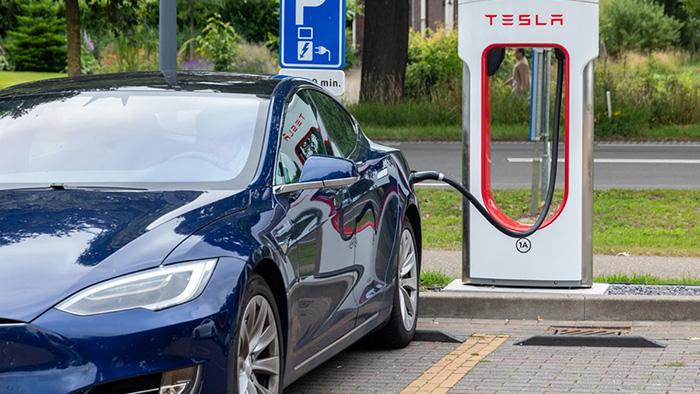 The same thing happens if you let the charge go down to about 5 percent, which is very low for charging. This makes the battery work harder to get the charge up to a good level, which can be hard on the battery’s durability.

To get the most out of your battery, don’t charge it until it’s low enough to need it. If it hasn’t reached that point yet, it’s better to let the car sit overnight without charging it, especially if the limit isn’t 90 percent.

This way, your battery won’t be overworked, but you can still charge it without the charge going way beyond what you need and causing problems later. So, if you do charge it every day, make sure the limit is set.

Should I Leave My Tesla Plugged in All the Time?

If you set the charge limit, you can plug it in when you get home to make sure you have enough charge for your daily commute the next morning.

But if your commute isn’t too long, you might not need to do this very often!

You should let the battery charge be used because keeping the battery at a high charge most of the time is hard on it. If your commute to work isn’t too long, you might only need to charge your car every other day or less, as long as the charge doesn’t drop below 80%.

It might be tempting to plug your car in when you get home so that the battery is full when you get in the next morning, but this is not good for the battery and could shorten its life if you do it too often.

So, you should stick to the range above and only charge your car when the battery level drops below 80%. Or, plug it in every day out of habit, but keep the charge limit so it doesn’t overcharge the battery when it charges.

What if My Tesla Runs Out of Charge?

If you are ready, this shouldn’t be too hard to do since there are so many Tesla charging stations.

But if you’re on a long trip and don’t stop in time to get to the charging station you planned to go to, your battery could die while you’re still on the road.

If this happens, you will need to call a tow truck to come get your car and take it to the nearest charging station. But it shouldn’t be easy or common for this to happen.

Before you go for a drive, make sure your battery is fully charged, and look up the charging stations along the way so you know where to stop if you need to. This will let you know which roads to take to make each stop, if you need more than one on the long trip, so you don’t run into this kind of problem.

You can also make sure you have the most power for the trip so you don’t have to stop more than once. This will also keep your battery from getting too low to keep your car running, leaving you stranded on the side of the road.

If you’re not good at planning, you might want to keep the phone numbers for roadside assistance in your car for when your battery charge gets too low to be comfortable.

Can You Push a Dead Tesla?

If your Tesla runs out of juice and you get stuck on the road, you want to move it to the side of the road so you can wait for a tow truck.

If your car can be moved to the side, you should never leave it in the middle of the road!

But not everyone knows if you can push a Tesla the same way you can a gas-powered car. Well, the good thing about a Tesla vehicle is that it can be moved just as easily when it isn’t charged as when it is.

To get your car out of the road and onto the side of the street, all you have to do is put it in neutral and push it. This keeps it out of the way of cars coming the other way and keeps traffic moving for everyone else.

If you are by yourself, this might be harder to do, but if you have one or more passengers, it should be pretty easy to move the car. If you don’t have any passengers with you, you might need to wait for someone to come help you with the weight of the vehicle.

When you need help, there is usually someone willing to give it to you.

So, you want to know how to charge the battery and how often it needs to be charged so that it lasts as long as possible and doesn’t die when you need it most.

Keeping the battery at a high percentage is good, but you don’t have to charge it every day unless the charge is low.

If the percentage is higher than 70 or 80 percent, giving the battery a day off from charging would be good for it. This will keep the battery from working too hard and will make it work at its best.

So, if you don’t have to, don’t charge your Tesla every day. Instead, follow the tips here to keep your battery in the best shape.

What Happens If You Put Vaseline On A Car?
2013 2012 Toyota Camry Torque Converter Replacement Cost
Does Running Out Of Gas Damage Fuel Injectors
How Much Does An F1 Car Cost ?