The battery terminal connector is what connects your car’s battery to its electrical system.

If you have a terminal connector or post that is badly corroded or broken, you might wonder if you can replace it.

And, if you can, if the problem is the same for all models or if the terminals need to be different sizes for each model.

The first thing we need to do is define a few words.

Why Kind Of Battery Terminals Are There? 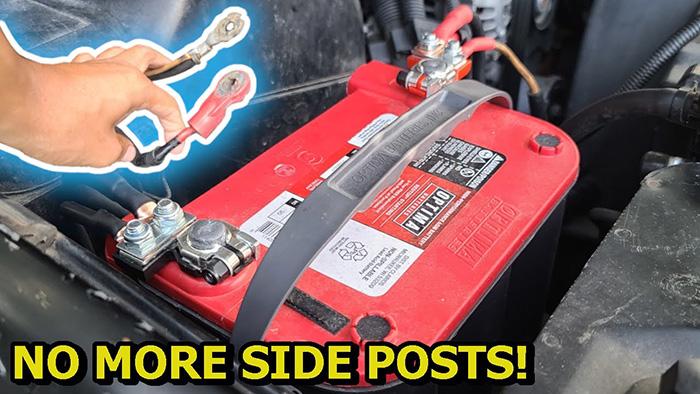 Standard SAE lead posts are used on most American cars, but not all of them. Some cars have JIS posts instead of SAE posts, which are a little bit smaller.

Many Japanese cars have JIS posts.

General Motors and a few other car companies have started making batteries with post terminals on the side.

The size of the post can change depending on who made the vehicle and what model it is.

Some battery terminal posts use US sizes. The most common sizes are 1/2-inch and 9/16-inch.

There are also special battery terminals that have built-in tech like a digital voltmeter.

If you accidentally put the terminal on the wrong side for the polarity it was made for, you could do a lot of damage to your car.

Most of the time, the difference in size between the terminals is big enough that it would be clear if you put the wrong post on the wrong side.

This isn’t always the case, which is why you need to know your car and the battery before you try to replace the terminal connectors or posts.

Make sure to read all of the instructions to make sure you put them in the right way.

Can You Change Car Battery Terminals? 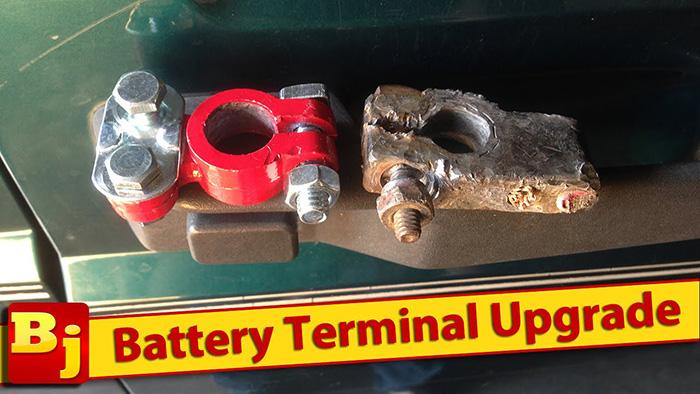 If your car is hard to start even when it’s not that cold, it could be because the battery terminal connector or battery post is loose or badly corroded.

If your terminals or connectors are bad, your lights might get dimmer, and your audio and navigation might slow down.

When the terminals on your battery are loose, corroded, or broken, they can’t make a good electrical connection.

If you keep driving the car with bad battery terminals, it can put stress on the alternator and stop charging the battery properly. It can also stop the electricity from working.

If you think the problem is with your battery terminals, you should change them as soon as possible. Follow the steps below to change them yourself.

First, keep in mind that working on a car battery is dangerous because you could get an electric shock. Be sure to turn off your car and take the key out of the ignition.

The next step is to open the hood and find the positive and negative terminals. Make sure to wear gloves to protect your skin, because battery acid can burn it. Be sure to wear safety glasses as well.

Find the nut on the side of the connector terminal. With an adjustable wrench, loosen the connector until it can be pulled off the post easily.

To avoid sparks, always remove the connector from the negative terminal first.

Depending on the type of connector, the end that goes on the wire will be different. Wire cutters are needed to cut the wires off of the old connectors.

Use a pair of wire strippers to remove just enough of the wire’s covering for the wire to fit into the new connector end. Do not leave any wires out in the open.

Some terminal connectors have a clamp, and you have to bend the wire around the screw posts.

For some, you have to put the wire into the sleeve and squeeze it. There are also other kinds to choose from.

Some batteries made today don’t have posts that can be taken off. If the posts can be taken off, it’s easy to do so by unscrewing the threads with a pair of vice grips or channel locks.

The new ones go in with screws. Make sure they are tight by hand, and then use your tools to give them an extra quarter turn.

Now you can put the key in the ignition and make sure everything works.

What Will Happen If You Interchange Battery Terminals?

If you put the negative terminal in the hole for the positive terminal, you won’t be able to tighten the terminal properly.

If you switch the battery terminal posts in a car where they are all the same size, the best thing that can happen is that your electrical problems won’t be fixed. Because they aren’t making a proper electrical connection, you might even have a few more problems.

This can make it so your car won’t start, the lights will be dim, or important electronic parts and sensors in the engine won’t work.

The worst thing that could happen is that you could start a fire or at least do a lot of damage to your car’s electric parts.

This can get pricey and, in some cases, cause damage that won’t go away. You can blow fuses, break computer modules, and damage things like starter components. This is why you shouldn’t switch the battery terminal posts by accident when you’re putting in a new one.

The same thing happens when you connect the battery terminal connectors or use a jumpstart to get your car going.

Now you know what to think about if you need to replace the posts on your batteries. You can do it yourself, but if you make a mistake, you could cause significant damage to your vehicle.

If you are uncertain about anything regarding your battery terminal posts or connectors, it is best to take it to a professional mechanic.