The speed wobble, the tank slapper, and the headshake are all motorcycle sounds. These scary words all mean exactly the same thing.

If you’ve ever had tank slapper, you know how helpless you feel when your handlebars are moving so fast that you can’t even hold on to them.

What is a motorcycle tank slapper? 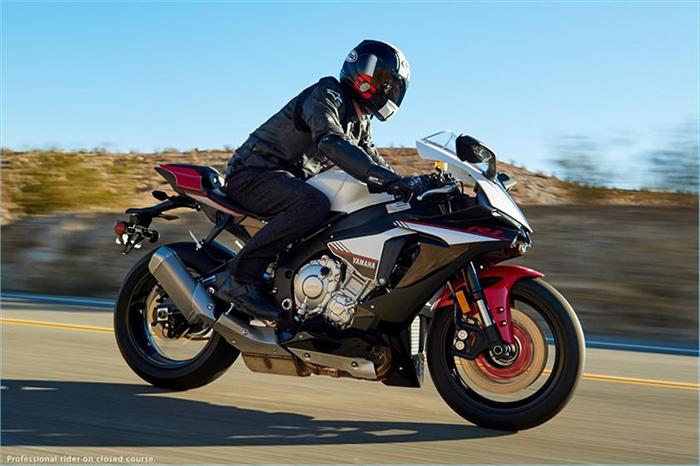 Tank slapper is a slang term for handlebars that move quickly from side to side. Tank slappers usually start when the front wheel comes off the ground, which can happen when speeding up, hitting a pothole, or doing a wheelie.

When the front wheel lands back on the road at an angle, it tends to go back in a straight line. Sometimes it gets back in line and everything is fine, but sometimes the force used to straighten the forks is so strong that it goes past the straight line and lands on the other side.

Then, this swinging back and forth keeps going at a very high frequency. When a motorcycle shakes while going fast, it can be very dangerous. And tank slapper usually happens when people are going fast.

All of this happens so quickly that the rider is caught off guard and doesn’t have much time to understand what’s going on and decide what to do.

How to get out of a tank slapper?

So, what should you do if you ever experience a speed wobble? What to do after tank slapper? There are many different ideas about this on the Internet. Even experienced riders can’t explain it perfectly, so most of them just go with their gut feelings.

Some say to slam on the gas and give it all you’ve got.

Some say to pull the plug.

Some people say to put on the brakes, while others say to leave them alone.

Some people say that you should hold the tank between your legs and lean forward.

Some people say that to move weight to the back, you should let go of the handlebars and sit up straight.

I’m sure you’re confused, so let me tell you about my tank slapper experience and how I got out of it.

You might want to keep up with these YouTubers who ride motorcycles.

My Experience with Speed Wobble: 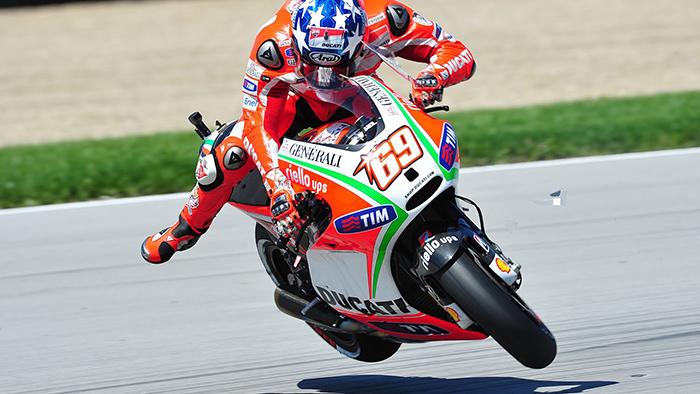 It happened to my first sportbike during the first month I owned it, and the bike wasn’t in the best mechanical shape. It had a broken fork seal, and the fluid was all over the right fork leg.

And yes, as a new driver, I was going too fast on a public road.

As you can see, everything was going against me.

On a cold Sunday morning, my friends and I went to a road in the middle of nowhere to do wheelies and take some cool pictures. I know it was stupid.

As we were leaving, I saw a long stretch of open road and floored it…

I didn’t know what was going on. I didn’t even know what a tank slapper was back then. But thank God, I was able to get out of it.

What did I do? As soon as the handlebars started shaking like crazy, I let them do their thing and sat up straight. And thank goodness it was over quickly.

When the handlebars are wildly moving back and forth, you can’t keep the throttle fully closed or fully open. When you take your hands off the brake and throttle, the bike stays in control. The bike should be stable again in a few seconds, and the front wheel tends to stay in line.

When that happened, I was lucky to be on a long, straight, empty stretch of road. I might have run into him in the canyons or behind a car.

So, I think the best thing to do is to let go of the handle and move your weight to the back.

It’s scary, so it’s best to avoid having to deal with motorcycle speed wobble by taking precautions. I’ve already talked about how important good vision is when riding a motorcycle.

How to prevent motorcycle tank slappers

Motorcycle Maintenance: Most tank slapper, like mine, are caused by bad motorcycle maintenance.

Besides this, your suspension should be set up right for your weight and the way you ride. If the fork’s spring back is too quick, the front wheel will feel like it’s bouncing around.

Right Riding Posture: A lot of new riders have very bad riding posture. By holding the tank with their knees, they don’t need much help. Instead, they put all of their weight on the handlebars and hold it tightly.

There is always a little bit of push or pull on either side of the handlebars, and when tank slapper happens, you make it worse by holding it tight and not letting it settle down. Keep in mind that the front wheel wants to go straight.

Steering Damper: All modern sportbikes come with this piece of equipment. But most naked bikes, cruisers, and old sportbikes like the R6 still don’t have it.

The steering is “damped” by a steering damper, which is basically a small hydraulic shock. It makes steering harder and makes the steering feel heavier.

Some companies, like Honda, like to use electronic stabilisers for steering instead of hydraulic ones. Benefit? At low speeds, the damper adds less resistance, making it easier to move, but as the speed goes up, it adds more weight.

I hope I was able to tell you a few things you didn’t know about this subject. Rider safety starts with taking the initiative to learn everything there is to know about riding a motorcycle. As you work on being a safe rider, you’ll also get faster on a racetrack, which is a bit strange. If you liked what you read, please tell your riding friends about it. Listen to what Dave Moss has to say about headshake on a motorcycle:

One could also crash the bike because of another driver. You will need a motorcycle accident lawyer for that.

Read about the Healtech Motorcycle Quickshifter in my review.

Tank slapper can happen if you don’t take care of your motorcycle well or if you don’t sit right when you ride. Lack of a steering damper and a rough road make it more likely to happen.

How do you stop tank slapper?

The only reason a steering damper exists is to stop a motorcycle’s head from shaking. There are two types of damper: Hydraulic and electronic. Electronic dampers get stiffer as the speed goes up, while hydraulic ones don’t change. Hydraulic dampers are better for track riding. While the electronic damper keeps the steering light when going slowly through the city, it gets tighter when going faster.

Snow Tires Cost - Are They Worth It
Worn Piston Rings Fix
How Much Weight Can A Tailgate Hold
How to Tell If Your Car Has a Kill Switch?