Engine noises of any kind should raise a red flag. Also, they serve as an indicator that your vehicle’s engine is in need of care. There are those who disregard or treat a noisy lifter as a small inconvenience and nothing to be concerned about. This is why I emphasize it. Lifter noise is rather prevalent these days, and it is almost always the result of subpar upkeep. There is, however, some good news: You may silence the noises yourself by using the following methods:

Valves or lifters can be adjusted.

New lifters should be purchased.

Replace a broken pushrod if necessary.

Additives can be used to clean the lifters.

It’s possible that you won’t even notice it if your lifters have just started ticking.

To hear your car’s engine, you first need to turn down the volume on the other noises. Lifter’s ticking sound is easy to hear after you remove the rest. There are sound-dampening mats that can keep stray metal items in a car from wreaking havoc.

Ways To Fix The Noisy Lifters

When it comes to automobiles, they may survive for a long time if they are properly maintained. Noisy lifters are a nice illustration of this. If you haven’t driven your automobile for a while and the oil runs away, you may hear a ticking sound. Taking a 30-minute drive can let the oil circulate again, and the noise should go away after that. You can, however, use the following methods to silence the ticking sound if this fails.

The lubrication provided by oil keeps the engine’s moving elements from catching on one another and causing friction. As a result, if you want your engine to run smoothly, you need to use high-quality oil. Engine failure can result if the moving parts rub against each other because of inadequate lubrication. When it comes to a noisy ticker, the same holds true and is one of the most important factors. As a result, the best solution to quiet loud lifters is to perform the recommended oil change in your owner’s manual as soon as possible. If you want to keep the integrity of your engine, experts recommend that you change your oil every three months. In the long run, this accumulation of sludge and debris surrounding the oil filters can be harmful to the car. If your oil needs to be changed, you have two options: go to your local vehicle repair shop or use the instructions below to do it yourself. Drain the old oil out of the automobile first. A bucket and an open cap are all you’ll need to do it.

Use a flushing chemical to remove any remaining oil sludge from the engine’s combustion chambers. New oil should be added to the mix. Make sure you select according to the manual’s specifications.

Clean The Lifters With Additives

Have you recently replaced the oil in your car? To avoid having to change the oil, use an additive to clean the oil filters instead. This fixes the problem by cleaning the pushrods and valves. In contrast to motor oil, oil additives aren’t actually part of it. Some thickening agents, others thinned and a third type of flushing agents are available. Oil stabilizers are a need when dealing with loud lifters. To ensure that the oil stabilizers are well incorporated into the oil, run the engine for a few minutes after adding them.

Helps the oil recover to its original density by breaking down the buildup of debris in it. Lifters should no longer make a ticking sound. Lucas 10001 Heavy Duty Oil Stabilizer is currently the best additive for quiet lifters on the market. Additionally, it helps to clean out the valve bores that are causing the noise, which is a result of poor lubrication. How can I clean lifters without having to remove them? Cleaning them with anything other than chemicals is impossible.

Check For Damaged Pushrod And Replace If Needed 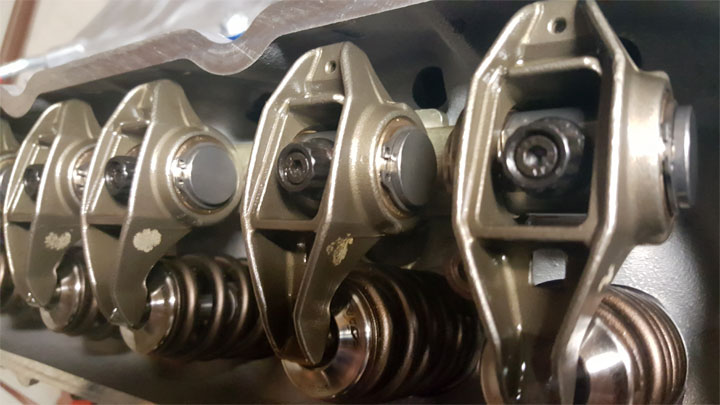 Even after replacing the oil, do you still hear a ticking noise? It is possible that your pushrod is faulty. When a valve is opened or closed, a pushrod helps. A noisy lifter may be caused by a bent or worn out rod. Your acceleration and deceleration may be too harsh, based on this. Every time it moves, a damaged rod can ram into the engine’s inner workings. Make sure that your pushrod is in good condition before using it. If this is the case, your only option is to replace it. Fortunately, it’s not prohibitively expensive, coming in at around $20. Only a trained technician can do the task, which could take as long as six hours or more. You can do it yourself if you know how to work on autos. Unscrew the pushrods to remove them. Make sure there aren’t any dings. You can also try rolling them on the ground to test whether they are flat.

Adjust Your Valves Or Lifters

If you’ve ever wondered how the valves adjust themselves, you’re not the only one: If this is the case, where does the adjustment come from? It could be because of one of two things. First and foremost, you’ll need a feeler gauge and the relevant information from your owner’s manual. The lifters should raise the pushrod toward the valves, and the pushrods should then open the valves. The valve lash sits in the void between the two. Make sure the opening is the correct size by using your feeler gauge, as stated in the handbook. If not, you can use a screwdriver to modify the lifter’s spacing with a screwdriver.

Replace Your Lifters With New Ones

If you’ve gotten to this point, your lifters are in need of repair and replacement. If you don’t want to spend $20 on new lifters, there are other options. Packs of ten are available for around $200. Depending on your engine, it may also vary, as can labor cost. In order to understand the name Lifter, we must first define it.

The pushrod is brought closer to the valve by these cylinder-shaped components. In order to keep the cylinder’s interior lubricated, they have a tiny hole through which the oil can flow. The entire system should run as quietly and smoothly as possible thanks to the lubrication provided by the oil. Lifter noises, such as a ticking or tapping sound, are a red flag that something is wrong with an engine. Hydraulic lifters, the most common culprit for ticking noises, are one of three lifter kinds. Both the Solid Roller Lifter and the Mechanical Roller Lifter are the quietest of the three. When it comes to speed and strength, manual adjustment of the pushrods is preferable. In contrast to the solid lifter, the latter does not have any of the drawbacks of the former. It is, however, a hefty price to pay. It’s the most popular type of valve lifter in modern engines. However, the speed is sacrificed because it is self-adjusting and does not require any manual adjustment. 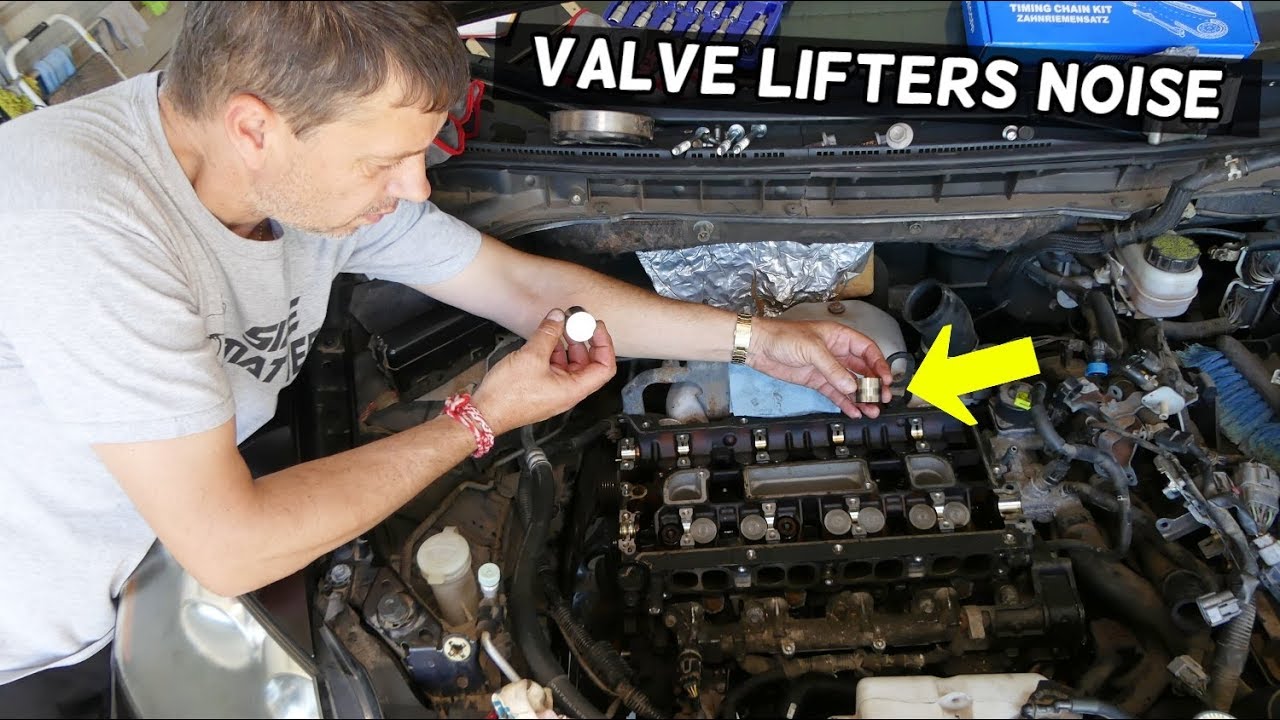 Older automobiles tend to have noisy lifters, as previously stated. It’s because of the inconsistent upkeep, that’s why. A ticking sound coming from your engine could be caused by lifters if your car isn’t serviced regularly or has a lot of miles on it. The duration of the noise can range from a few seconds to the entire drive. Despite the fact that it is only a small ticking or tapping sound, it can become a nuisance over time. In addition, it may be a sign of a more significant problem, such as the failure of your engine. Here are a few reasons why your lifter is making a lot of noise. Using the wrong oil might damage your engine. The type of oil you require is specific to your vehicle’s model, year, and make. Climate is also a factor. You’ll hear a ticking noise if the oil you’re using is too thick or thin for the lifter. There is a good reason why experts stress the importance of regular cleaning. The lifter and the valve train might become clogged with dirt and debris if they are not serviced on a regular basis.

Engine Oil Change: Your engine oil should be changed at least once every three months, or more frequently if the manufacturer recommends it. Lifter dirt might build up as a result of dirty oil pressurizing the filter. Stepping on and off the gas pedal should be done slowly and carefully, rather than jerkily. Sudden acceleration and deceleration can cause the pushrod in the latter situation to bend and deform. The lifter is then damaged as a result of the bent rods. The ticking and tapping sounds you hear in older cars may be caused by wear and tear. Even if you’re paying attention, you may not hear the lifters at all. In the interim, the lack of or reduction in oil lubrication generates louder noises. Low oil pressure might be a symptom of problems with the lifters, which are a crucial part of the oil circulation system. Engine overheating may also be a sign. When the engine isn’t properly lubricated, it gets hot, and that’s never good. You’d be better off taking your car to the mechanic as soon as possible if the following scenario were to occur. The engine should not make any noise whatsoever. Although it may not seem like a major deal, it is the beginning of something far more serious.

It can have a negative impact on your car’s performance if it isn’t managed correctly. Taking care of minor difficulties as soon as they arise is critical to avoiding an engine breakdown. Lifter repairs might cost $200 to $400, but an engine overhaul can cost thousands. A total loss claim could be made against your policy as well.

Can A Noisy Lifter Cause Damage?

Yes! It’s not harmful in and of itself, but it’s a sign that the engine isn’t running at its best. If the ticks continue for an extended period of time, the engine may be on its way to failure, and this is simply a symptom.

Yes! It can greatly lessen the sound of the ticking. Due to its dual behavior as thick and thin oil, it’s hard to pin down exactly what causes this. When the temperature drops, the oil becomes more viscous, making it easier for the automobile to start. As the temperature rises, the viscosity thickens, protecting the engine.

Can I Replace Lifters Without Removing Heads?

Performance Tool W84004 Hydraulic Valve Lifter Remover makes it possible to change lifters without having to remove them from their heads. It holds the lifter firmly so you can easily remove it. 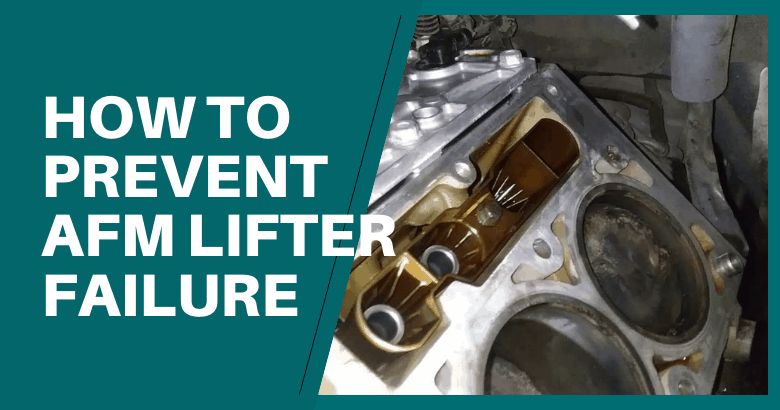 Lifters are the engine’s tiniest but most critical components. Lifters can wear out and make a ticking sound due to poor maintenance and irregular oil changes. Despite its insignificance, it can be a source of irritation and, over time, cause damage to the engine. The good news is that you can take care of the problem yourself before you go to the repair. Additionally, this includes regular oil changes and the use of engine oil additives. If everything else fails, you may need to replace your lifter, which is a simple task but may be costly due to its connection to the engine. In order to keep your engine in top shape and avoid costly repairs, you must fix any noise your lifter makes right away.