The battery light has popped on in your Ford F150, so what now? We will walk you through the process of how to reset the battery light on the Ford F150. Firstly, you must understand the reasons behind why this light can be activated and conduct some basic checks to make sure your automobile is working smoothly with no defects.

The F Series Ford vehicles are currently in their 14th generation, proving they are a trustworthy alternative when it comes to full size pickup trucks. The F 150 that we are looking at today is their most popular model from the huge range of designs and variants Ford has made.

The F150 trucks were released in 1948 and 1952 and then had a new facelift in 1953. Fast forward a few decades to the latest models from 2009 onwards and you will see a number of wonderful enhancements to the interior and exterior including the widely known three bar grille and even the very first truck to offer adaptive cruise control. They decreased the weight by 750lbs by upgrading to aluminum without affecting any of the appearance making this truck faster, lighter and sending it on to win the 2018 Motor Trend Truck of The Year.

Why is The Battery Light Flashing on my Ford F150? 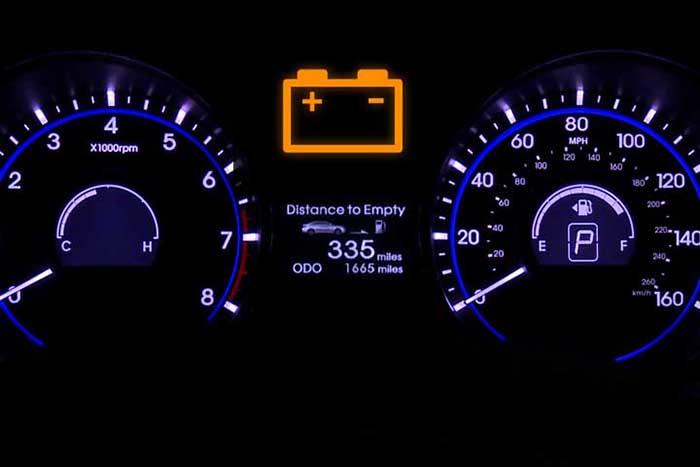 However, numerous customers report concerns involving the battery light on their F150, especially if it’s flickering on and off which may leave you perplexed and wondering what the issue may be. Let us take a closer look at the difficulties that may be behind your Ford F150’s battery light problem.

Most typically you may notice your battery requires replacing. The battery is the key component to start any car and relies on the alternator to charge it. Having trouble starting your F 150 is a sure sign that your battery needs to be replaced.

If your engine is running and the battery indicator on your dashboard is still on, you can immediately determine if the problem is with your alternator. This is an evident sign that your alternator isn’t generating enough watts to power your F 150 and keep it running at a proper level during the entire journey. To resolve the problem, you’ll have to buy a new alternator.

The alternator’s belt may potentially be to blame. Having a worn or damaged belt can result in your Ford F150 battery light coming on because it can’t generate enough charge.

If your F150’s battery light comes on, there are a few ways to find out what’s causing the problem so you can fix it. Here are a few pointers that may be of assistance to you.

You can conduct either of these tasks on your own or ask a nearby garage to do them for you for no additional cost. As a result of the voltage test, you can determine whether or not your alternator is providing enough power for your engine.

There are a number of things you may do if the test confirms that your alternator is generating accurate readings, such as getting your battery examined by a specialist and getting an easy replacement if necessary.

How To Reset The Battery Light on A Ford F150

Before resetting your Ford F150’s battery light, there are a few things you should do to help identify the problem.

The first step is to turn off the engine of your automobile. Regardless of the problem, you must cut off all electricity to the batteries, including the lights, air conditioning, and any other accessories.

Check The Condition of Your Battery

Use this opportunity to undertake some routine maintenance, such as checking the battery. Start by removing the cover carefully and inspecting the terminals; if there is corrosion, you can begin by cleaning them with a household cleaner.

After cleaning, use a wrench, pliers, and screws to inspect the terminal clamps and make sure they are secure.

Look for corrosion or evidence of wear and tear on the cables coming from the alternator to the fusible connection of the relays. This problem can be deadly if not fixed appropriately, therefore you should always seek the advice of a specialist.

Next, make sure your Ford’s battery is fully charged and that the alternator and voltage regulator are working as they should.

How To Carry Out A Battery Relearn

Follow these simple procedures to do a battery relearn in your Ford:

Within 15 seconds of following the aforementioned instructions, the battery light should blink three times.

For a different approach, try resetting the ECM to its original factory defaults. 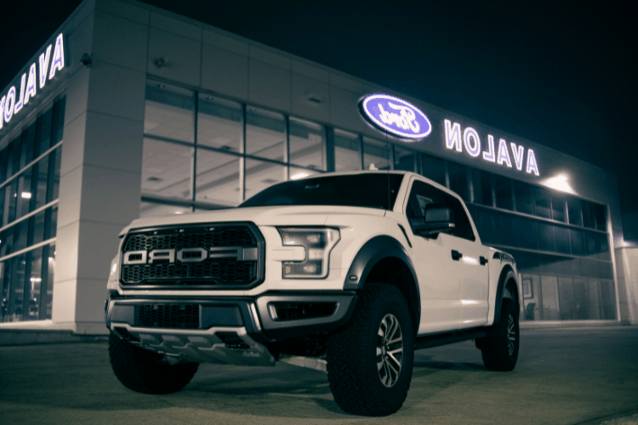 Why is my F150  battery light on but still charging?

It’s possible that a loose connection between the battery and the cables leading to the alternator is to blame if you notice that the battery light stays on. This can also lead to additional problems, such as a slow start to your car.

How can you tell if it’s the battery or alternator?

To get a dead Ford F150 engine to start, you’ll need to use a jumper cable. You may have a problem with your battery if this doesn’t keep the car going after it’s started. The alternator is more likely to be at fault if your car stalls very immediately.

What does it mean if the battery light is blinking on my F150?

You should check the battery voltage and tighten the battery terminals if your battery light is flashing, as this indicates an issue with your alternator.

Are Ford F-150 expensive to maintain?

With a monthly running cost of $800, the Ford F 150 is regarded more economical than the average full-size pickup truck, which has a $936 annual maintenance and operating expense.

Regular care and maintenance can extend the life of a vehicle that is operated on a daily basis for work and travels roughly 15K miles per year on average.

What common faults do the Ford F-150 have?

In spite of the F 150’s reputation for dependability, there have been several reports of problems with the fuel economy, the spark plugs, engine noise, and stalling.

When your Ford F150’s battery light comes on for any number of reasons, it’s imperative that you get to the bottom of the problem before trying to reset it. In order to prevent more damage to your engine, you’ll need to have the problem fixed. It is hoped that this article has helped you to identify and resolve your issue with resetting the battery light solely out of your Ford F150.