The wheels and tyres of a car should be moved around every so often to make sure that the tread wears evenly and that the tyres last longer. Tire Rotation is the name for this process.

Since the front tyres wear out faster than the back ones, it is very important to switch them around. Each of your car’s wheels wears down in a different way, which is why you have to rotate them.

For example, we can see that the brakes, steering, and driving power of front wheel drive vehicles are all put on the front axle tyres, while the rear axle tyres only get the braking forces. Tire brands that do well in India

This makes the front tyres wear out much faster than the back ones. In this case, a couple of new tyres or the old ones from the back need to be put on the front wheels. Here, you need to use a certain way to turn the tyres. There are four ways to change the direction of your car’s tyres: 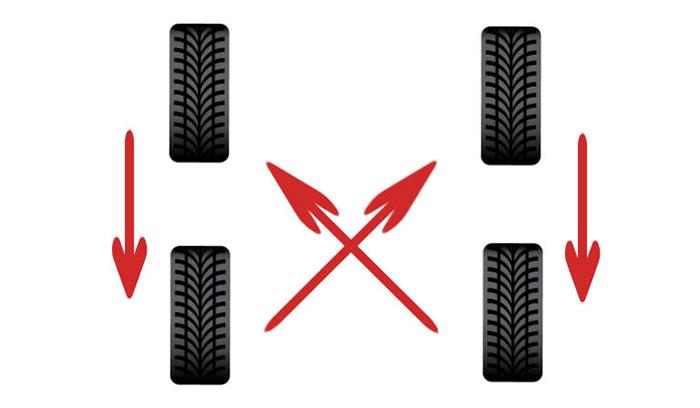 If you don’t have a full-size spare wheel, you can use the four-wheel rotation method. But the process can’t be done with the emergency tyre that some manufacturers give out. These tyres are usually smaller and can only be used in certain situations. Also, the four-wheel rotation can’t be done if your car has a mix of tube-type and tubeless tyres.

For cars with rear-wheel drive or all-wheel drive, the back tyres are moved straight forward to the front axle. A front tyre from the other side of the car is put on the back axle.

Best for: 4-wheel, all-wheel, or rear-wheel drive cars with tyres that don’t go in one direction. 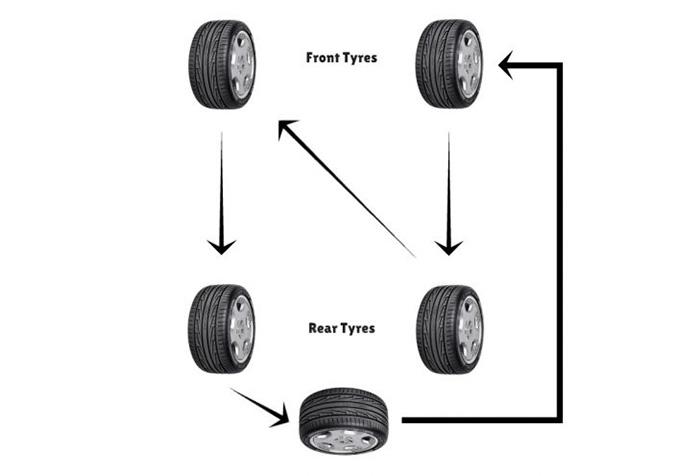 The right rear tyre goes to the left front hub, and then the left rear tyre is taken off and put where the spare one was.

In a four-wheel drive or rear-wheel drive car, on the other hand, the front tyres are in the back, but on the hubs on the opposite side. The back left tyre goes on the front left corner, and the back right tyre becomes the spare. The spare tyre is on the front right corner of the car.

Best Designed for four-wheel, all-wheel, or rear-wheel drive, with a spare wheel and tyres that don’t point in one direction.

Straight rotation, as the name suggests, is when the front tyres are switched out for the back ones and the back tyres are bolted right in front of the front hubs. This is a pretty easy way to turn your tyres. Straight rotation came into play when radial tyres were first made, and it is required for unidirectional tyres.

Best for: Cars with tyres that only go in one direction

Best for: Cars with front-wheel drive

How often should you rotate tyres?

Do you need to do wheel alignment after rotating tyres?

No, you don’t have to get your tyres aligned after you change them. By rotating the tyres, the wear on each one is evened out. If you see a lot of wear on one tyre, it could be because the car isn’t aligned right. In that case, fixing the alignment problem makes sense.

Can You Mix Different Weights Of Oil
Interceptor And Continental Gt 650 India Price
50/50 Antifreeze vs Regular Engine Oil - Which is Better?
Why Do Tires Lose Air In Cold Weather