There are times when your everyday car breaks down right when you need it the most. It’s pretty easy to fix a car with a broken starter. You don’t need your local mechanic to help you with a problem that isn’t too hard to fix. Your car might just need a few taps here and there. When your car breaks down, the following tips on how to start it could come in handy.

Turn on the ignition

Before you try to fix your starter right away, you need to figure out what’s wrong. When you try to start your car, you can learn a lot about why it won’t.

Start by turning on the car’s engine. As you start your car, listen for sounds that could be a sign. If the car won’t start and you don’t hear a clicking sound, it could be because the battery is dead, the starter motor is broken, or there’s a problem with the circuit.

If you hear clicking, it means that the starter solenoid is not getting enough power to do its job. There might be more problems, but we’ll only talk about the ones you can fix. Follow these simple steps to get your car running again:

Inspect the wiring and connections 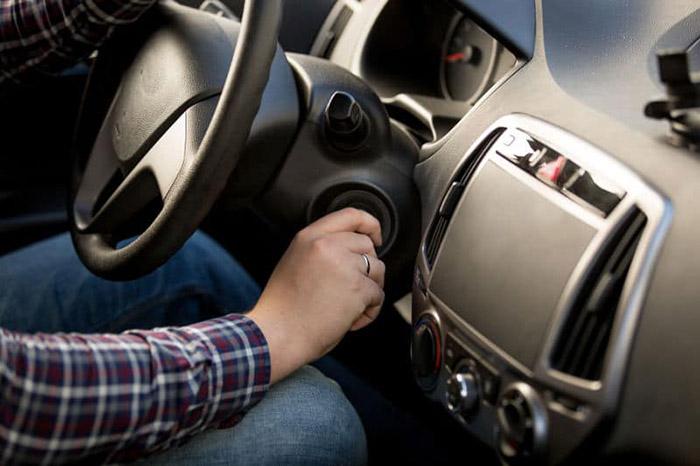 The starter for your car is an electrical device that needs enough power to work right. Your car won’t start if the battery is weak, the electrical connections are broken, or the car is just old and worn out.

Before you think about replacing your battery, you should check your car’s electrical connections to see if that is the problem. Even if your battery is fully charged, bad wiring could keep your starter from getting the power it needs to start your car.

Check to see if your starter fuse is blown. This is the first step in fixing the problem. This is the easiest way to get what you want with the least amount of trouble.

Start by taking the negative black battery lead off your battery. Next, look for your car’s fuse box, which is either on the driver’s side of the dashboard or near the battery in the engine compartment. Once you’ve found it, look at the circuit diagram to find the starter fuse, which is often marked “IG.” If you can’t find the right fuse, look at the manual for your vehicle. Take out the fuse that goes with it and look for the metal link inside. If the link is broken, use a fuse with the same amperage rating to replace it. (Pictures of a fuse box and a bad fuse are needed)

Look for signs of corrosion

Look for signs of corrosion on the ends of your battery. Batteries for cars have an acid solution that can leak out and eat away at your battery’s terminals. Corrosion can make it hard for the battery terminal to conduct electricity, making it hard for your car to start.

If you have baking soda, you can use a mixture of baking soda and water to clean the ends of your battery. Start by taking the battery out of the car by first taking off the negative (black) lead and then the positive (red) lead (red). Next, mix one part water with one part baking soda. Put the mixture on the clamps and terminals of the battery. Let the solution sit for a while so that the corrosive buildup can react with the mixture. Then, use a steel brush to clean up the mess, and clamp the battery leads back into place. (Needs a picture or diagram) 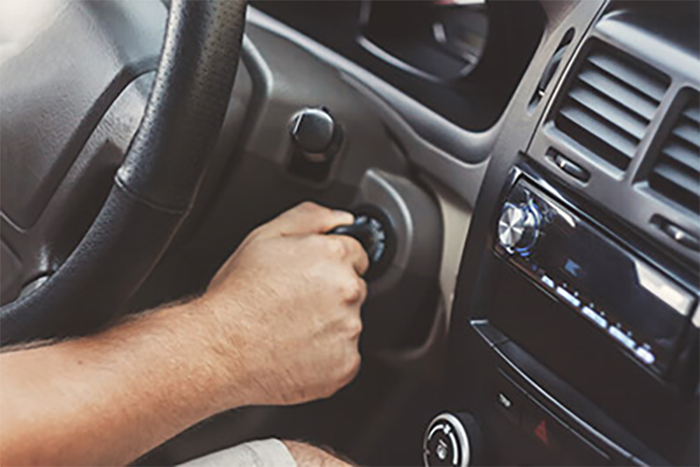 After making sure there is no corrosion on the battery, you should check the connection between the battery and the starter motor. First, find the part of your car that starts the engine. It is usually near the transmission and at the back of the engine’s bottom. If you can’t find the starter, look in the vehicle’s manual for a picture that will help you find it. Check the starter for loose connections and tighten any that you find. If there is corrosion on a terminal, clean it. (Image needed: starter)

Bypass the ignition switch and relay

If you still can’t get your car to start, you can start it by going around the ignition switch and relay. Please read the last sentence to find out where your starter motor assembly is. For this method, you will need a screwdriver or any other tool with a metal tip and a plastic handle that doesn’t conduct electricity. To start your car without the ignition switch, put the tip of your screwdriver on the “S” terminal of the solenoid and the shaft of your screwdriver on the battery terminal of the solenoid. If your car won’t start, either the battery is weak or the starter is broken.

Knock the starter motor back to its senses

Your starter and your corroded battery terminals could both use a good smack. Wear and tear cause starter motors to break down over time. When dust builds up on the moving parts of a starter, it can get stuck, which can make it hard to start. Tap the starter over and over with a piece of wood to loosen it up. It would be best to use wood so that the assembly doesn’t get dinged up, which could cause more problems.

If your car won’t start even after you’ve tried the other methods, you can try to jump-start it. For this method, you’ll need a jumper cable set and a charged spare battery. Using a jumper cable, connect the positive (+) red terminal of your spare battery to the positive (+) red terminal of your old battery. You don’t need to remove or disconnect your old battery. Next, use another cable to connect the negative (-) end of your spare battery to any bare metal part on your stuck vehicle. Then, turn on the car and let it run for a few minutes to let the old battery charge up. You can also use the method we talked about before.

If you have a car with a manual transmission and nothing else has worked, the last thing you can do is push-start it. If your car broke down near a hill or if you had a few good Samaritans to help you, it would be much easier to push-start it. Even though it’s hard, you can push-start the car by yourself.

Fixing a car that won’t start is easy if you know a little bit about cars and have a few tools. Doing inspections before getting your hands dirty will save you time and effort and help you fix your car in a way that makes sense. Most likely, your car would start if you did what was said.

When You Jump Start A Car How Long Does It Last
What Is ECU Tuning?
How Do You Fix A Seized Or Locked Engine?
Are Truck Bed Covers Waterproof