Severe harm can occur if an engine runs out of oil. Consequently, you must be aware of the signs your car may be experiencing. The five most typical indicators that your engine has been damaged by running out of oil are detailed here.

A low-oil warning light is common on most automobiles. If a warning light comes, it is essential to immediately stop and turn off the engine.

If your engine is running short on oil, you may notice a burnt oil odor coming from it. Once you detect a noxious odor, immediately shut down your vehicle.

Your engine may behave erratically if it is not lubricated with oil, which keeps it running smoothly. As a result, an engine that is running low on oil may make unusual noises. Make sure to turn off your automobile if it does the same.

In order to keep the engine running at its best, the oil lubricates it. As a result, your engine may not run as smoothly or efficiently as it would if it were lubricated.

An engine that runs without oil will eventually wear out all of its components. As a result, the engine can overheat to the point of death.

Can No Oil Damage Engine?

Yes, that’s the quick answer. You can harm your car’s engine by running out of oil. The oil is a crucial component of the engine because it is responsible for nearly all of its functions.

Lubrication is provided by oil. It does a wide range of things, including but not limited to:

Your engine can be severely harmed if you don’t have enough oil in your vehicle. The parts will grind against each other if there is no lubrication.

It may wreak havoc on the engine in a matter of seconds, causing it to shut down and break down.

How Do You Know If Your Engine Is Damaged Without Oil? 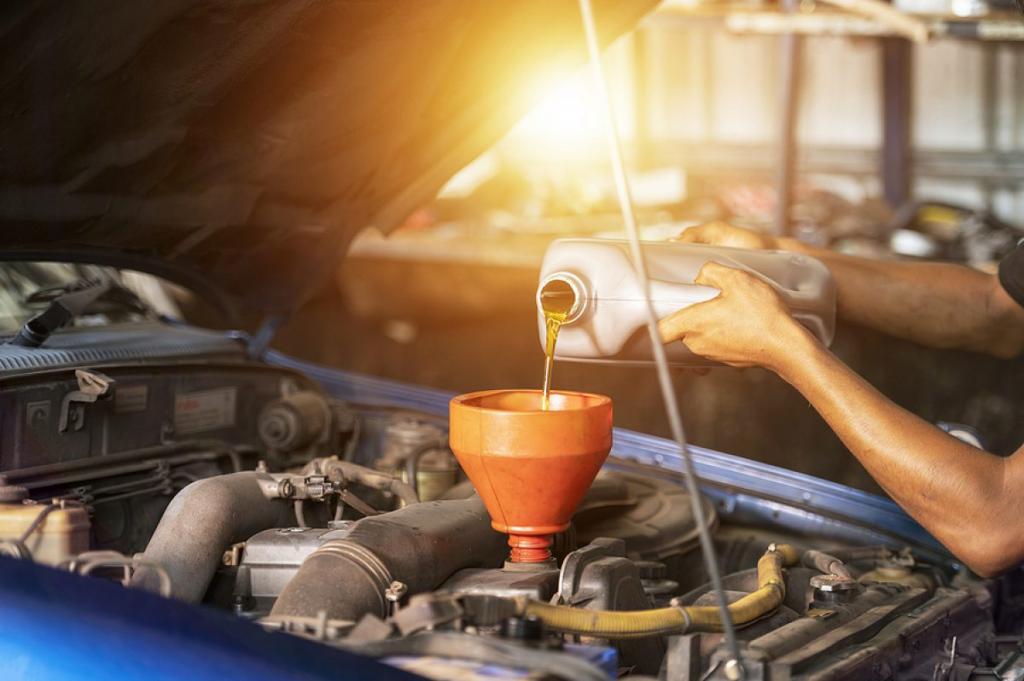 When your engine’s oil level is low, it is unable to properly lubricate the moving parts. It’s possible to identify whether a part isn’t getting enough oil by looking at the following:

Because of this, starting your automobile with little oil is a terrible idea. It can cause your rods to break in general. It can also make a rattling sound under the hood of your car.

Prior to starting your engine, make sure to check your oil levels first.

Running an engine with low oil can cause a variety of problems.

Signs of No Oil in Car Engine Damage

The following are some warning indications that your car is suffering from an oil leak:

Engine parts that lack oil lubrication make a grinding noise as they move about, creating friction and noise.

The engine would most likely stall after a short period of time. When this occurs, the engine is already shutting down, and you should follow suit.

The temperature of the engine would then skyrocket as a result of this. A lack of oil is to blame for the increased friction.

Smoke from the hood would be the last thing that would happen.

If you notice any of these four indicators, it’s time to put the pedal to the metal and stop driving. Make sure you do this to avoid further engine damage.

What Damage Can No Oil Do to an Engine?

If your car’s engine were to run out of oil, it might do a lot of damage.
To begin, it’s important to realize that the harm can take place in a matter of seconds, not a few days.

Metal parts would grind and scrape against each other if you forced your car to run without oil.
Your engine will stop working in a matter of seconds, resulting in the destruction of nearly all of its components.

Another drawback is that it will overheat to dangerous levels. Your engine will not be able to withstand excessive friction and heat since there will be no lubricants.
It is possible that this will result in high heat. It’s possible that you’ll even smell smoke coming from under the hood.

Additionally, you need to refill the oil in order to keep it fresh.
Your car’s engine may even emit an oil-burning smell if it has a leak in its oil supply.

Because of these reasons, it is imperative that you include engine oil in your pre-trip checklist.

Engine Ran Without Oil Is Now Knocking – What Is It?

The valve train and camshafts, which receive little to no lubrication, produce knocking or tapping sounds.
A lack of oil will cause these two sections of your engine to fail first.

You’ll notice various noises coming from your engine when you don’t have enough oil in it.
Faulty crankshaft bearings are to blame for the noise. Low oil pressure or operating the engine without enough oil can cause these issues.

The engine oil is critical to the engine’s performance and functions. It’s a common belief that engine oil is like a person’s blood, and without it, the vehicle won’t function properly.
As a result, you should never underestimate the significance of oil in terms of both your car’s performance and the health of your engine. As a result, it’s a good idea to inspect it on a regular basis in order to avoid any unnecessary occurrences or problems.