How To Tell If Fuel Injectors Are Clogged Updated 02/2023

Clogged fuel injectors might be difficult to detect. Unusual vibration, trouble starting, and other symptoms are all signs that your fuel injectors are clogged.

Even if you don’t change the fuel injector for several years, your automobile will still run perfectly.

As a matter of fact, the performance of your car’s engine would be significantly reduced if the fuel injectors fail totally or become clogged.

Fuel can’t flow through the rails effectively if your filter is blocked, which can lead to problems with your engine. If this is allowed to go on for an extended period of time, it can cause significant and costly harm. Fuel injector clogs might be spotted by the following symptoms.

How Do You Know If Your Fuel Injectors Are Clogged? 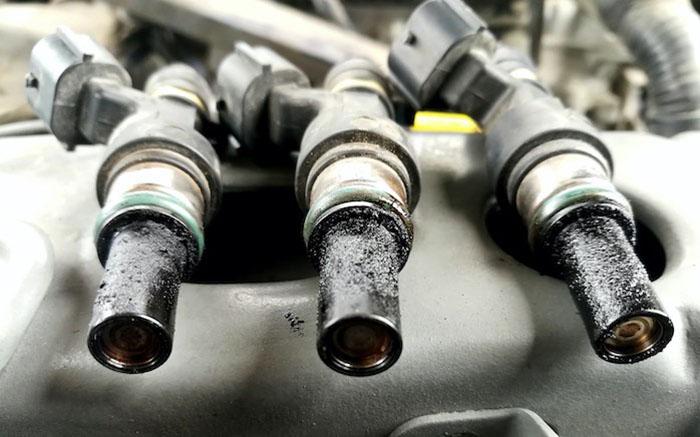 When you press the accelerator pedal, your automobile may vibrate because there isn’t enough fuel in the cylinders.

Even if you don’t match the accelerator pad, you may detect the vibration a few times while you drive. This is the result of a lack of fuel being delivered to the engine.

Your engine may be difficult to start or not start at all if one or more injectors are clogged. This may be referred to as “Engine Misfire” by some. What it actually means isn’t that far off from what it says.

Your car might not start as easily as it used to if your injectors are faulty and the engine isn’t getting the fuel it needs.

Modern automobiles have a complicated gasoline system with a plethora of parts. When fuel injectors become clogged or fail, other parts of the system suffer.

As a result, your car uses more fuel than necessary, resulting in poor fuel economy.

Modern automobiles are unquestionably heavily computerized, to the point that drivers are alerted via the dashboard if any problem arises or if any component of the vehicle exhibits abnormal behavior.

Your vehicle’s engine (or a component of it) must be malfunctioning for the check engine light to flash on your dashboard.

So when you notice this symbol on your dashboard, you should pay attention to your vehicle’s engine.

The “check engine” light on your dashboard is not always caused by blocked fuel injectors. Another possible explanation for the check engine light’s appearance is a faulty sensor.

What To Do When Your Fuel Injectors Are Clogged

To summarize, all that’s required is a thorough cleaning of the injectors, which can be accomplished using specialized fuel injector cleaning tools.

A typical method for cleaning fuel injectors is to separate them from the pump and then pour a specialized cleaning fluid into the injectors, which is the most common method used.

The run-rite fuel system cleaning tool and cleaning solution, which contains PEA, may be used to clean your fuel injectors without having to take them out of your car.

If the DIY procedure for cleaning out your fuel injectors seems too complicated, you may require the assistance of a specialist.

Fuel injectors that are unclean or clogged receive the same care.

In other words, how do you tell if your fuel injectors are jammed up? It all comes down to having the sensitivity to notice when something is amiss with your vehicle.

In addition to strange vibrations, difficulty starts, and other indicators, certain drivers may suffer these symptoms.

It is important to note that in general, clogged fuel injectors can have a negative impact on engine performance and fuel efficiency, as well as resulting in more expensive repair costs.

Moreover, if one of your fuel injectors fails, it is best to replace all of them at the same time. One bad fuel injector can be replaced for less than the total cost of all the bad ones.

Can You Mix Blue And Green Coolant
What Happens If You Put Vaseline On A Car?
Why Iodine Is the Best Treatment for Gasoline in Your Car
Reasons Why Steering Wheel Lock Up