Even if you don’t have an interference engine, timing belt failure can cause a lot of harm to your engine and its components.

The valves could also be in jeopardy as a result. At TDC, when the piston reaches the top dead center, both valves in the combustion chamber are closed and a particular pressure is created.

Piston speed is at a standstill at TDC, which implies that the piston is the furthest from the cylinder head.

When the timing belt fails, the valves are unable to close in time before the piston is introduced. As a result, the pistons will collide with the valves, resulting in bent valves. Previously, in order to avoid this issue, older engines used unique valve grooves.

When it comes to later engines, there are grooves like these as well, but they’re simply there to prevent the valves from deforming during engine operation, not to safeguard them if the timing belt breaks.

When the timing belt snaps, the engine’s camshafts come to a halt due to the return springs slowing the camshafts down.

At this point, the crankshaft is still rotating inertly (regardless of whether the transmission was switched on or not, the speed was low or high, the flywheel continues to turn it).

As a result, the pistons will slam against the valves that are currently open.

What causes the timing belt to brake? 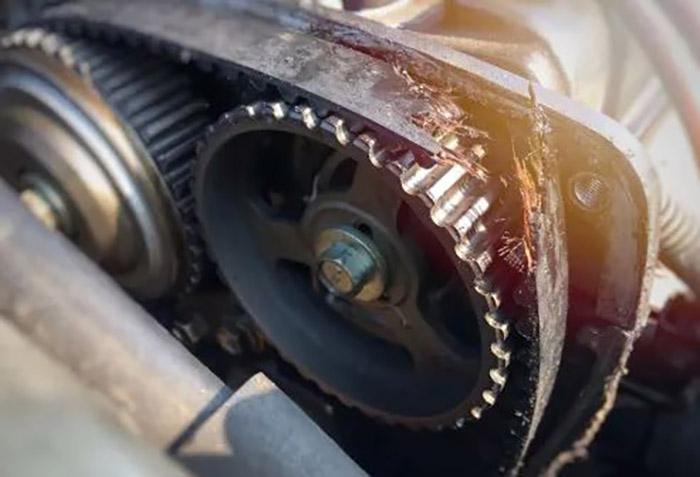 Modern engines, despite being more powerful, are significantly more vulnerable to this problem due to the narrow distance between the valves and the pistons when considering the valves.

On which engines do valves bend when the timing belt breaks?

If the timing belt breaks on a non-interference engine, there is little risk of damage or bent valves. When the engine stalls, the timing belt kit is all that is needed to get it running again.

However, valves bend when the timing belt fails in interference engines, which are newer engine variants.

How to know if the engine has bent valves? 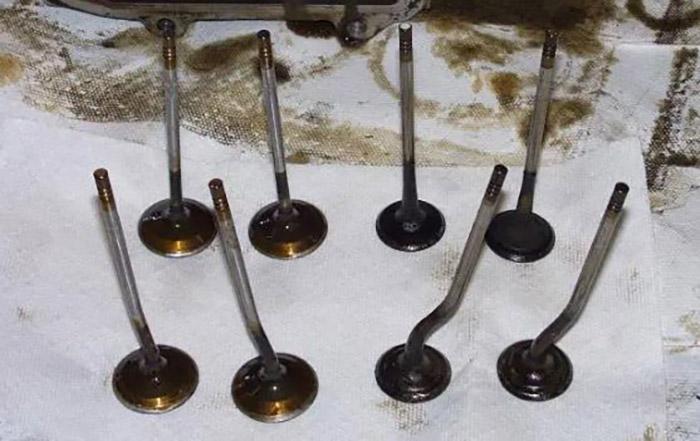 To determine if your car’s valves are bent, you’ll need a mechanic to do a thorough inspection. This is a situation when visual investigation is ineffective. In spite of manufacturer information about damage in the event of a belt break, it is unknown how dependable it is.

Because most modern engines are interference engines, just replacing the timing belt without considering the ramifications is not worth it when the timing belt breaks. The situation will only become worse if you try this solution.

As even if the damage is minor, the engine will still tremble, and the repercussions will only become worse. ‘ Without disassembling the engine, it is possible to determine if the valves are bent.

How to check if the car has bent valves?

To see if your valves are bent, you must remove the timing belt and check each piston individually when the camshaft is in the TDC position. In the event that you didn’t find any opposition, you can go to the next piston and so on.

You simply need a wrench, a crankshaft pulley, and four or five rotations of the crankshaft pulley to do this procedure. If the valves move freely and there is no discernible resistance, they are working properly.

The best approach to determine whether or not the valves are bent is to take your car to a mechanic and have the tests performed by trained professionals. Valve bending is a major problem.

You can also check to verify if the cylinder is properly sealed. To accomplish this:

Compressors can also be used to check for any leaks. That means it will take longer. Once you locate the central electrode in an old spark plug, you may attach a hose to the ceramic tip and pressurize the cylinder with the help of a clip.

Breakage of the timing belt can lead to serious issues with your engine and expensive repairs. To avoid this, you must regularly examine the belt’s condition and tension.

You should inspect the rollers and the pump quickly if you hear any unusual noises while using the machinery.

When purchasing a used automobile, regardless of what the seller claims, have the timing belt replaced as soon as feasible. This is a must-have if you just bought a car.