How To Tell If You Have Directional Tires Updated 02/2023

Directional tyres should only turn in one direction. Because of this, you can’t move them to the other side of the car. But you may be wondering how to tell if your tyres are directional.

Directional tyres are easy to spot because the word “direction” or “rotation” is printed on the sidewall of the tyre. There will also be an arrow next to these words that shows which way the tyres should turn.

Keeping this in mind, there are a few other things to remember about directional tyres. Read on to learn more about them and take care of your tyres.

How to Tell if Your Tires Are Directional or Non-Directional?

It’s pretty easy to tell which tyres are directional. Most of the time, the words “direction” or “rotation” will be written on the outside. Or it could say something like “this side out.”

Go sit down near your tyres!

Check the sidewall of your tyre to see if there are any labels. You should be able to find the words we’re talking about quickly.

If there is nothing on the outside of your tyre, it may be able to go in more than one direction.

Directional tyres should only turn in one direction. Multidirectional ones, on the other hand, can go in either direction.

You could also look up the tyre model on the web. Most of the time, the model number will also be on the sidewall.

It will be a series of letters and numbers. Type that string into your search engine of choice. You should be able to tell if yours are also directional in the same way.

If you have tyres that don’t need to be pointed in a certain direction, you’ll notice that the treads are different. Instead, you’ll see that they have patterns that are either symmetric or not symmetric.

Which Way Do Directional Tires Go?

Now that you know your tyres have a direction, you should learn how to use them. You have to put them on your car the right way because they only turn in one direction. If not, they will not last as long.

On the outside of the tyre, there is usually some kind of arrow. This arrow should show which way the tyre turns. The arrow should point forward when you put the tyre on your car.

On your car, you might also see the words “This side out.” That tells you to turn the tyre so that side faces out.

Are All Tires Directional?

Not all tyres have a right way to go. Now, though, a lot of them show which way to go. The gas mileage of cars with directional tyres is better, and they also tend to last longer.

They have a unique pattern on the treads of their tyres. It will be in the shape of a V.

This helps keep water from getting into the tyre while the car is moving. Because of how they are made, they can help you get a better grip on surfaces that are wet.

What Happens if Directional Tires Are on Wrong? 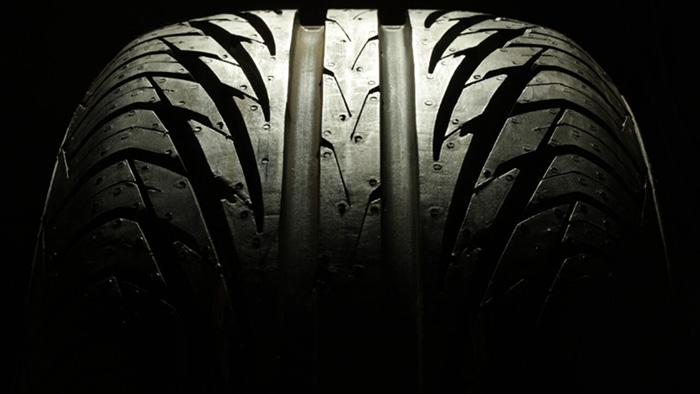 If you don’t install them right, they won’t work as well as they should. The treads on directional tyres move water away from the middle of the tyre. Usually, this will help you do better when it’s raining.

But if they aren’t on right, their treads will go in the wrong direction. It will push water toward its centre instead of sending it away. This could make it harder to stay on your feet when it’s wet outside.

You might not notice right away that they’re on the wrong way. If the weather is dry, they will work like any other tyre. So it’s very important to put them on right from the start. If not, you might not know until it starts to rain and you’re driving.

Are Directional Tires Left or Right?

Directional tyres can only go on one side of your car because of how they are made. For them to work right, you have to put them on the right side.

The shape of their treads is meant to face a certain way. And when they are on the right side of your car, they will only face that way. If you turned them over, their treads would be facing the other way.

If you look at their treads, you can tell which side they should be on. Faced away from you, it should look like the letter V. Unless it looks like that, they are not on the right side.

Can Directional Tire Be Rotated?

It’s a little different to turn directional tyres than it is to turn regular ones. You can’t switch them because they only work on one side of the car.

If you turned them around, the direction of their treads would change. If the treads are backwards, they won’t help as much with hydroplaning. So, if you drive on roads that are wet, you might lose grip.

Do Radial Tires Have a Direction?

Now, every tyre is a radial tyre. It has been shown that they work better than models without radii. But does that mean they are all also going in a certain direction?

No, not all radial tyres go in a certain direction. Some of them have different patterns. Most of the time, they have treads that are either symmetric or asymmetric.

Asymmetric treads don’t go in the same direction. The treads on each side of the tyre will look different. You can move them to different sides of your car, though.

Both sides of a symmetric tread look the same. You can also put them on both sides of your vehicle.

Only directional tyres have treads that are in the shape of a V. You can’t put one of these on each side of your car. So, you have to be careful when you put them on for the first time. If you don’t, you won’t get the benefits you want.

What Are the Benefits of Directional Tires?

People like directional tyres because they grip better on wet surfaces. When you use them, the treads move water away from the middle of your car. So, you won’t be as likely to slip on water.

By getting the water to go somewhere else, your car will stay on the road. You won’t lose control of the vehicle if you just push the water away. So, it’s a lot safer to drive in bad weather with directional tyres.

Also, the direction of your tyres could affect how much gas you use. You won’t need as much gas to go the same distance because of how they are made. You might want to switch to a pair of them if you want to save money.

Everything You Need to Know About Directional Tires

Directional tyres have treads that are shaped in a certain way. Because of how they are made, they work better when the roads are wet. Some tyres don’t get rid of water as well as others. So, they are more likely to slip on water.

Because of this, you have to put them on your car the right way when you put them on. If not, when the roads are wet, their treads won’t work as well as they should. Still, you can still turn them. You can’t just move them from the left side to the right side of your car.

Other tyres have treads with different shapes. If the treads on your tyres are the same on both sides, they don’t have a direction. Even asymmetric patterns rarely have a clear direction.