The Hummer is one of the most unique cars out there.

Even though these huge tank-link vehicles are no longer made, they are still a popular choice for people who want an SUV that looks tough and is built to last.

One of the main things that makes people not want to drive Hummers is how much gas they need.

So you might be wondering how Hummers do when it comes to gas mileage and how much gas they use.

The original Hummer H1 got only 10 mpg on the highway, but the latest Hummer H3 gets 14 mpg. Even though the tanks were big, the cars could still go more than 300 miles before they had to be refilled.

The gas mileage of a Hummer depends on when it was made, what model it is, what engine it has, how you drive it, and where you go.

Even though the newer models get better gas mileage, most people, including myself, still remember that Hummers have a bad reputation for being gas hogs.

How Many Miles Per Gallon Do Hummers Get? 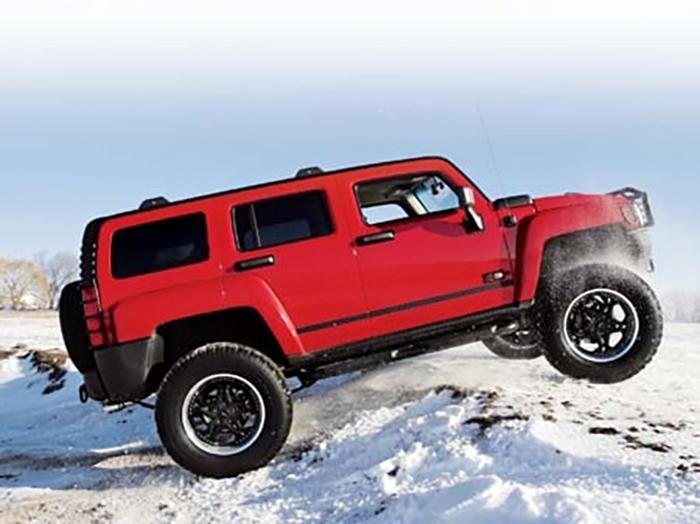 This model was made for the longest time. When it first came out, the truck had a diesel engine that breathed on its own.

Models made in 1995 and 1996 ran on gasoline, but most were powered by diesel and got good gas mileage on the road.

Before, it didn’t matter that the H1 got poor gas mileage because the truck was made for the military.

It wasn’t made to go fast, and it was best for getting off the road.

On the road, the gas-powered cars got between 7.0 and 11.0 mpg. The Chevy 350 engine was used in these models, but the gas mileage didn’t change. In 2006, GM came out with the H1 Alpha, which had the best performance features.

With a gas-powered engine, the best you can get out of your H1 is 11 mpg.

Here’s what the H1 can hold in terms of fuel:

On average, the H2 gets about 11 mpg from its gas tank.

This model is smaller than the H1, which means it can run well on a smaller engine and uses less gas.

Still, compared to other cars in its class, the H2’s fuel economy isn’t very good.

Depending on the model year and how it is driven, its gas mileage can be anywhere from 9.6 mpg to 12.6 mpg.

For Hummer models, there are no official mileage numbers like there are for other SUVs.

Because these cars are so heavy, transportation laws don’t require manufacturers to list how much gas they use.

Even so, the numbers come from people who have used the models.

The H2 SUT is the most fair of all the models, and it gets better gas mileage than the base model.

The numbers aren’t too bad for a car that weighs more than 6,000 pounds.

All models of the H2 have a 32-gallon fuel tank.

This lets you drive about 415 miles without having to stop to fill up on gas.

What’s the gas mileage of a Hummer limo? 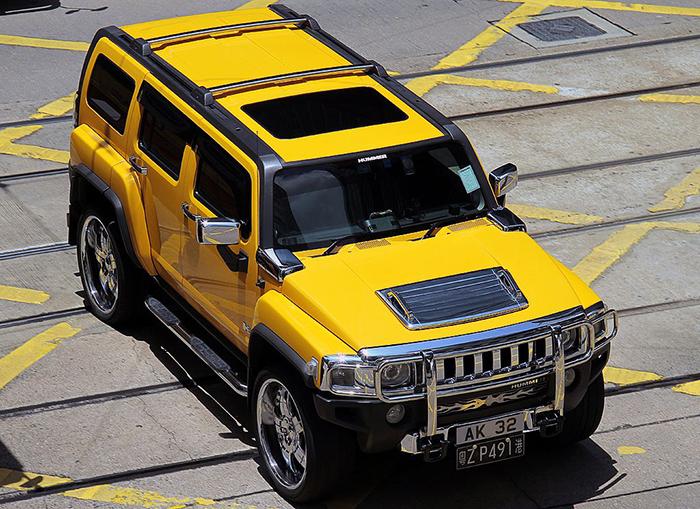 The limousine is a customised H2. It weighs more and moves more slowly, so it uses a lot of gas. It gets less than 10 mpg on the highway.

Some users think it could get as little as 3.0 mpg.

Most people who rent a Stretch Hummer will use it for a party. So, most people never think about how much fuel they use.

As a result, it got pretty good gas mileage for an off-road vehicle.

It was given the name “road queen.”

GM also gave the truck a lot of comfort features to make it easier to drive on the road.

Still, it was better at going off-road than regular SUVs.

After the 2010 model, the Hummer was no longer made.

The H3 models are smaller and run on gasoline.

All models have a combined fuel economy of at least 14 mpg, making it the most fuel-efficient Hummer model.

Compared to other trucks of the same size, a Hummer doesn’t get terrible gas mileage.

All H3s have a 23-gallon fuel tank, which gives them a range of about 392 miles.

If you like to drive off-road, the Hummer’s gas mileage numbers won’t bother you at all.

Still, there is a way to make it better and save more gas.

The Hummer was made to move over rocks and rough terrain. Because of this, it’s not the best car for going fast on the highway.

It doesn’t move through the air well, but that’s not a problem when you’re driving slowly off the road.

Your Hummer’s gas mileage is related to how much power it has. Slow down if you want to get more done.

If you drive faster than 65 mph, you could use more gas and be less efficient.

Slow down and your fuel economy will be better.

Retrofit the Hummer to Reduce Weight and Improve Aerodynamics

Aftermarket changes can make the Hummer more aerodynamic or make it lighter, which will help it get better gas mileage.

One of the changes is to add a cold air intake and change the exhaust to make the car more aerodynamic and get three or four more miles per gallon.

You can get rid of some of the parts of your truck to make it lighter.

Get rid of the crossbars, the spare tyre, and a couple of other things.

Make sure you don’t risk the safety of your car or break any laws as you do this.

The truck’s fuel economy will go down if there are things that make it drag more.

If you only plan to use the Hummer for a few years, it might not be worth the money to make changes.

Use an Engine Tuning Chip and Switch to Synthetic Fuel

The tuner looks for any problems that could hurt the car’s performance and fuel economy.

The gas mileage of your Hummer can be changed by the additives in the gas.

With synthetic fuel, you get more miles per gallon.

If your tyres are properly inflated, you will get better gas mileage.

Low tyre pressure causes more friction between the tyres and the road, which uses more gas.

To get a better economy, you also need to buy tyres that are made for the terrain.

You can choose 2WD to save money on gas.

4WD adds a lot of weight, but if you switch to 2WD, you can disconnect the moving parts, lighten the load, and improve gas mileage.

If you care a lot about how much gas you use, get a 2WD Hummer.

But if your Hummer has 4WD, don’t use it unless you have to.

Up to 100 mpg will be possible in the Hummer EV.

All-electric versions of this Hummer will be on the market in 2022.

The Hummer sub-brand was taken off the market in 2010.

This model is built for speed, and the top engine has three motors that can make up to 1,000 horsepower.

All Hummer EV models will come with all-wheel drive as standard, and drivers can expect up to 11,500 lb-ft of torque.

GMC figures out the torque by multiplying it by the truck’s gear ratios, which can make the real torque go down.

Still, this truck will be very good at pulling.

This model also has a lot of comfort features that make it great for driving every day.

With its fast-charging feature, drivers can get up to 100 miles of range after only ten minutes of charging.

However, the regular public and home charging stations will be slower.

Why Does the Hummer get poor gas mileage?

Hummer is a heavyweight vehicle.

It has an average of 7,000 pounds curb weight, which means it needs a powerful engine to pull.

Further, the truck was engineered to drive on rugged terrain.

As such, it may not have the best fuel efficiency numbers.

It uses more fuel than most cars because it is fast and can be driven off-road.

But how does it compare to other trucks in its class?

Depending on how fast you drive, the model year, the design, and how you drive, both models get between 10 and 12 mpg.

If you drive your Ford F-250 on the highway, it gets 15.5 mpg. The difference between how much gas it uses and an H1 is not so big.

In the city, both the Aspen and the Commander get 14 mpg, and on the highway, they get 19 mpg. From what we’ve seen, the Hummer may use a lot of gas, but it works about the same as other trucks its size.

When did Hummer get discontinued?

After the 2010 model year, GM stopped making the Hummer.

It will start making cars again with the Hummer EV in 2022.

After 2010, GM never made another model.

The H3 has the same bad reputation as the Hummer for being a gas hog.

Even though the gas mileage got better with later models, the Hummer was never seen as anything but a gas hog.

If you still want a Hummer, you can get a Humvee, which is also called a Hummer-C. But the Humvees made in Detroit are for the export market.

How Do I Get A Carolina Squatted Truck?
How Far Does A Steering Wheel Turn?
Are Lexus Expensive To Maintain
Can You Get Pulled Over For Tinted Windows In Pennsylvania?