In the coming months, the Vitpilen 401 and the Svartpilen 401 will be made. In terms of style, the Husqvarna 401 raises the bar for its rivals.

A recent report from MoneyControl says that KTM’s sister company, Husqvarna, will start making the smaller models in India. Officials had previously hoped that it would happen in the first three months of 2019. The two bikes were supposed to come out in India later next year.

Since things are moving faster than planned, we may be able to buy the bikes in India by the middle of 2019. In a market as competitive as ours, there is still a lot of work to be done before launching a brand new product.

Both the Vitpilen 401 and the Svartpilen 401 are based on the KTM 390 twins. This is great news because the 390s will give the car the “go” it needs to match the “show.” But these bikes look like they are from a different breed. Lifestyle motorcycles are becoming more and more popular, and the new models try to cash in on that. More and more people want motorcycles with the “X-factor” because they are also a fashion statement and a status symbol. Royal Enfield is riding this wave, but the so-called “Bullet” has become too popular and doesn’t stand out anymore.

India Will Get the KTM 390 Adventure Next Year

Vintage Is Not The Only Way To Look Cool 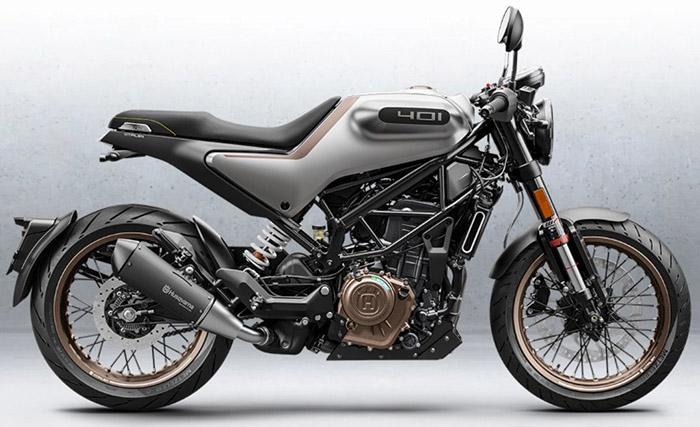 The best thing about the Husqvarna twins is that they don’t look like they were made in the 1970s. They are making bikes that would have been made in the 1970s if they had all the technology we have now. This official ad from four years ago says it best:

“I’m not interested in what they had. I want the same thing they did.”

Husqvarna would rather not look back and reopen an old chapter of motorcycling. Instead, they prefer to embrace new technology and mix it with art. If you ask me, I don’t like old machines very much unless I can see the “function” in its “form.” I’ve never been into style for its own sake. I can’t stop thinking about buying a Svartpilen 401, though. Even though I already know that it doesn’t do much more than a KTM 390 Duke. I’m doing everything I can to explain why the 401 will cost more than the 390. Even though the 390 is a beautiful bike on its own, the new Huskies are works of art. It stands out without any trouble. Just look at an artist give a Vitpilen the thumbs up:

The 390 twins made in India cost about $5,300 in the US, while the 401 twins made by Husqvarna cost $6,300. That’s a rise of about 20 percent. I think the Vitpilen 401/Svartpilen 401 could cost around Rs. 2.9 lakh based on a simple calculation. If Bajaj puts tyres made in India on these models, the price could go down to Rs. 2.7 lakh. But I’d tell Bajaj to stick with high-quality tyres and not mess up the nice package.