The Royal Enfield 650cc twins could be reserved as of a few days ago. As you can see, the prices for both the Interceptor 650 and the Continental GT 650 are very appealing, and we can guarantee that your local Royal Enfield dealer will be busy tomorrow when you call. 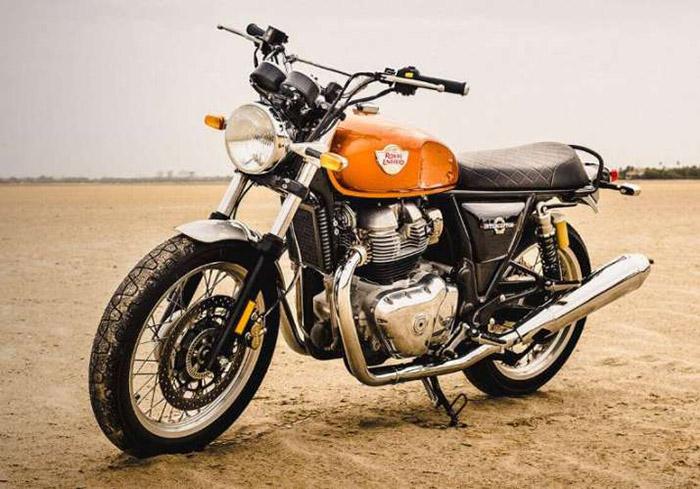 Some media outlets were invited to the US last month to test ride both the Royal Enfield Interceptor and the GT 650. Here’s a review you can read:

The best thing about this motorcycle is its new oil-cooled 650cc parallel twin engine, which makes 47 PS of power at 7,100 rpm and 52 Nm of torque at 4,000 rpm. A 6-speed gearbox is hooked up to this engine (first for Royal Enfield).

Both of these new Royal Enfield will have a slip-assist clutch that will make the rider more comfortable by making it easier to pull the clutch lever. 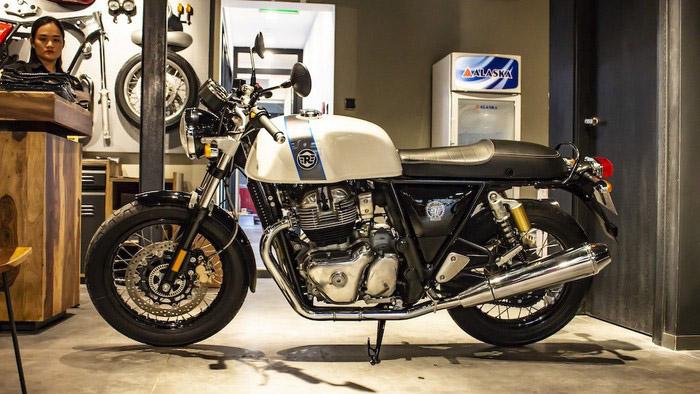 As with all Royal Enfields, the design is based on the Royal Enfields of the past. This Indian company with British roots knows how to use its history to its advantage.

Both the Interceptor 650 and the Continental GT650 are proud of the fact that they are called “modern classics.”

Interceptor 650 is a traditional design for a commuter bike. Something that fans of the Triumph Bonneville will find interesting. It should be a good touring bike because it has a tall seat, controls in the middle, and a long seat. Without fuel, the RE Interceptor 650 weighs 202 kg.

The engine and frame of the Continental GT 650 are the same, but it is made for a different type of customer. This bike is a tribute to the Cafe Racer style, which started in the US and spread around the world.

Both of Royal Enfield’s 650cc bikes have the same double-cradle, steel tubular frame, 41mm front forks, and rear dual coilover shocks. Both bikes have a length of 2,122mm, a wheelbase of 1,400mm, and a ground clearance of 174mm.

On both motorcycles, the front brake is a 320mm disc and the back brake is a 240mm disc. Both bikes come with ABS as standard.

By the end of November, people will start getting the Royal Enfield Interceptor and Continental GT 650. When you compare this price to the price of the next mid-level motorcycle, the Harley Davidson Street 750, which is Rs 5.05 lakh ex-showroom, you can see how good this price is.