It’s interesting to think about all the different things that happen when you drive your car.

Aside from fuel, electricity is the most important thing that most vehicles need to run. Most people already know this, but they probably don’t think much about how everything works.

You may know what AC and DC currents are and how they work, but which of these two currents powers your car?

Most of the things in a car run on DC current, which is made by the car’s batteries. To keep the battery charged, however, your car needs a steady flow of AC current from the alternator. Your car won’t run for long without both AC and DC current.

How Do Car Batteries Work? 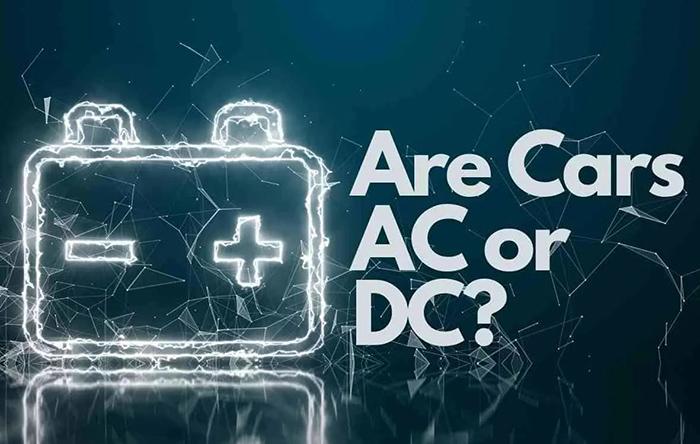 You need to know that your car has a battery that makes DC current and sends it to all the electrical parts of the car.

It also has an alternator that turns AC currents into DC currents that are stored in the battery for later use.

So, a car has both kinds of current, but it uses DC.

A long time ago, magnets were used as crude alternators in cars that ran on gasoline.

They were used in cars that didn’t have batteries and had simple electrical systems. Hippolyte Pixii came up with this technology.

The alternator didn’t do anything until the late 1950s, when solid-state electronics came out.

Silicon diode rectifiers were used in this technology to change AC current into DC current that could be used in cars.

During this time, Chrysler was the leader in putting alternators in cars.

Because the Department of Defense paid for their research, they had already used electronic voltage regulators and rectifiers.

The 1960 Plymouth Valiant was the first car to come with an alternator already built in.

The alternator made it different from other cars in a more obvious way: even at low speeds, it still made enough electricity to charge the battery.

With DC generators, this wasn’t possible.

The alternators were also less expensive to make and lasted longer than DC generators.

The solid-state rectifier, which was reliable and cheap, changed the way cars have been made since then.

Read on to find out how the electric system in a car works. 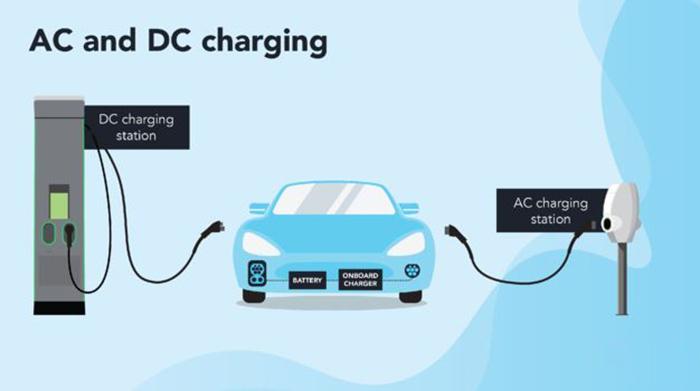 Direct Current (DC) is a type of electricity that comes from batteries and flows in one direction.

Alternating current (AC) changes direction every so often and is usually found in wall sockets and other outlets.

It is preferred for homes, buildings, and cities because it is easy to send AC current over long distances while keeping the same power.

DC is used on the inside of most home electronics, including cars.

So, it has to turn the AC current coming from the outlet into DC.

The hardware in the plugs that connect the device to the outlet helps with this conversion and keeps the heat from the process to a minimum.

Since there are no AC batteries, an AC converter can be used with a DC battery.

This gives you more control over the energy the battery gives off while still letting you store it in a portable unit.

One example is the power grid that brings electricity to your house.

Do Cars Run On AC or DC?

So, the question is, how does the car battery work?

Most cars have sealed lead acid batteries, but some newer models have lithium-ion batteries instead.

The lead-acid battery has 6 cells that work together to make 12.6 Volts. The size and power needs of the vehicle will affect how much power each cell can hold.

Are Car Batteries AC or DC?

In a circuit, electricity happens when electrons move from the positive end to the negative end.

Everything has an electric charge, but most of the time the charge is too small to notice.

They made batteries to power motors that make electricity through chemical reactions.

DC currents are used to power most of the parts in a car.

So, the DC current from the car’s battery will power these electronic parts.

But the battery can’t store energy forever. Eventually, it will run out of power and all of its parts will stop working.

This is why cars have alternators, which are like small generators that turn the mechanical energy made when the car moves into electrical energy.

This will be turned into chemical energy, which is the only way energy can be stored.

When people argue about whether car batteries are AC or DC, it’s important to remember that electrical appliances and low-voltage power systems use DC current.

To keep a battery charged, an alternator will have to make three-phase AC current all the time.

Right away, this AC current from the alternator is changed into DC current.

At first, DC generators (called dynamos) were used to power vehicles instead of alternators.

As time went on, the cars got more complicated and had more electronic parts. This made the average amount of energy used go up, which the DC generators couldn’t keep up with.

The alternator took the place of the DC generators because it could charge at different RPMs more efficiently.

Compared to DC generators, alternators have more excitation in their field windings, so they can make more power at a lower RPM.

AC current is made by the alternator, but it can’t be used in electronics.

So, it needs to be changed into DC current, which a full-bridge rectifier does with its 4 diodes.

The battery takes the DC current and stores it as chemical energy for later use.

For someone who doesn’t know much about cars, the electrical system might be hard to understand.

Even though it is complicated, the electrical system is the most important part of the car. If it’s broken, the car won’t move at all.

In summary, all you need to know is that the car battery is DC and should be inspected and cleaned on a regular basis.