Is Ford Bringing The Bronco Back Updated 02/2023

You liked the Ford Bronco, right? Then you might wonder why it stopped being made. If so, you should read this article to find out why this decision was made.

The Ford Bronco was a popular car, but SUVs with only two doors were becoming less popular, so Ford made the four-door Expedition to keep sales up. It will be made again beginning in 2020.

Want to know more about why the Bronco was taken off the market and what caused this? Then keep reading to find out why Ford made this decision and why it hasn’t been brought back until now.

When and Why Was the Ford Bronco Discontinued? 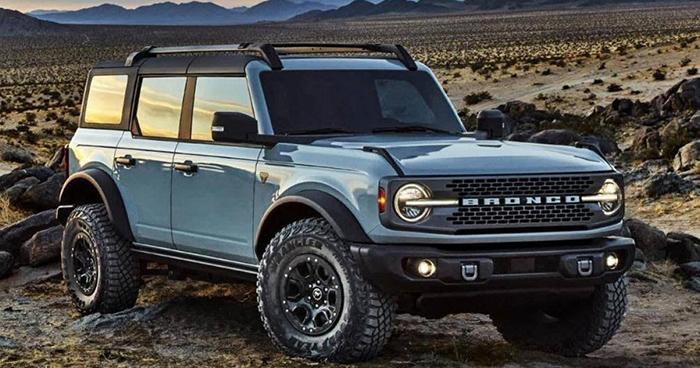 Before the 1990s, the Ford Bronco was a popular car, but sales began to drop as more people decided not to buy two-door SUVs. Because of this, they decided not to make a Bronco model for 1997, but instead to replace it with the Ford Expedition.

The Expedition is a bigger option with four doors that can fit more people and things. Families who wanted a vehicle that could hold all their stuff for weekend trips and sporting events during the week bought a lot of these.

Ford didn’t bring back the Bronco model because the Expedition was so popular in the 1990s and early 2000s. This probably happened because many SUVs had four doors, making them easier to get in and out of.

Families with many children chose this style because of how much they could fit inside and in the trunk. They also liked it because it was a stylish alternative to minivans, which were not as popular at the time.

This made a big difference for customers, especially since bigger cars were becoming more popular, so fewer people wanted to buy smaller cars like the Bronco. But that might not be the only reason why it’s not as popular as it used to be.

Because public opinion and image matter a lot, a car’s sales are likely to go down if it is linked to something bad. Around this time, OJ Simpson was being caught, chased, and put on trial.

After O.J. Simpson’s trials in the 1990s, when it was revealed that police had chased him while he was driving a Ford Bronco, the model seemed to have a bad reputation.

People didn’t want to have anything to do with the case.

This may not have been the main reason why people stopped buying the Bronco, but because it was a big deal at the time, it probably had something to do with it.

This link was now in the minds of many consumers, and it could have made them choose a different car because they didn’t want to be seen driving the same car as Simpson.

Even though this Ford model is no longer being made and hasn’t been for a while, it will be back on the market soon.

The 2020 Ford Bronco was supposed to make a comeback in 2020, but problems have pushed the release date back to 2021. It will be available to the public as a 2021 model in July of that year.

This Ford Series will have more than one vehicle. It will be a family of Bronco models, with two SUVs and one truck. One SUV will look like the original two-door model, and the other will have four doors.

One of the SUV models, like the truck model, will have four doors, but all of the models will have two rows of seats that can hold a total of five people. These models will also be able to go off-road, which makes them great for the desert and other rough roads.

All of these cars have more space for cargo, and the back seats can be folded down to make more room when it’s needed. All models will also have a roll cage and doors that can be taken off.

Customers will be excited to see what the new models will look like on the inside and outside if they know what to expect from these cars. So, what will these models look like and what features will they have?

What To Expect From the 2020 Ford Bronco Models 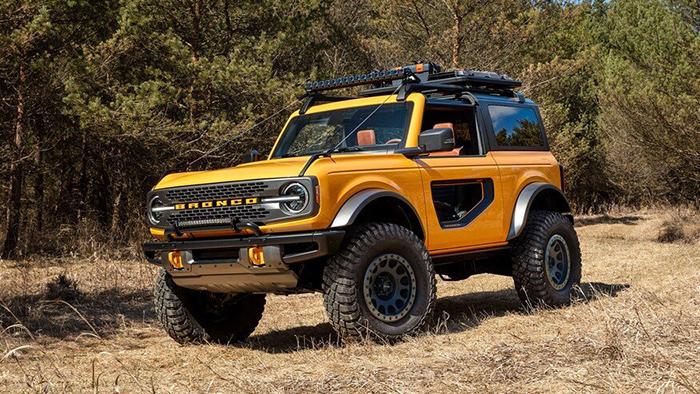 The outside of these models looks modern and sporty, and they have rugged parts that make them look like they were made for off-roading at first glance.

These vehicles can also go off-road because they have angles for starting and stopping.

Depending on the model you want to buy, you can choose between two doors or four doors. This will give each car a different look from the outside, but they will all have five seats.

As we’ve already said, there will also be seats that can be folded separately so that you can store bigger things. This will also let people sit on one side while the other side folds down to carry things.

Seats are likely to be made of more than one type of material, but that is not known for sure yet. But there have been rumours that you will be able to choose between leather and fabric.

The 2020 Bronco will come in two SUV styles and one pickup style, but it looks like this family of Broncos will get another member. The Bronco Sport will be the name for this new option, which is a cross-over.

But even though this model will still be called a Bronco, it is different from the other three body styles and is considered a separate vehicle.

With new technology and the recent push for better gas mileage and fuel efficiency in new cars, there have been many changes to the engine. So, this new Bronco will have an EcoBoost engine that uses less gas than the ones that came before.

This engine will be turbocharged and will work with a 10-speed transmission. The car will also have four-wheel drive and will be completely automatic.

Even though the new 2020 Bronco hasn’t come out yet, it looks like the Bronco model will be around for at least the next few years. Also, a new model is said to be in the works and could come out in 2026 or 2027.

Since this is so far in the future, we don’t know much about the Ford Bronco’s future, but it looks like it will be back for good.

How Much Will the 2020 Ford Bronco Cost?

The 2020 models of the Ford Bronco have been updated with new technologies and better gas mileage, but the price is set to be in the low $30,000 range. This is a cheap option that many families will probably be able to buy, which is what the company wants to sell.

This is just the starting price, though, because you might be able to buy additional packages with the Bronco car.

As many SUVs are around the same price, it seems likely that the number will stay at this low price.

Also, because you can choose to add or buy extra features after you buy the car, you can expect to pay a little more than the sticker price if you want some extras.

Conclusion on the Ford Bronco being discontinued

In the past, the Ford Bronco was a reliable and popular model. However, many people are now choosing smaller, more fuel-efficient cars instead of big ones that use a lot of gas. People may have been looking for something like this new 2020 Bronco model.

With its new look on the outside and updated engine, which includes an EcoBoost engine to save gas, this car is likely to become popular again. Now that people want smaller cars and there are no more negative associations from recent events, the brand’s reputation can be rebuilt.

All kinds of people will be able to choose from these three body styles, which include SUVs and trucks, so there is something for everyone. The Bronco may not have had a big moment in the last few decades, but Ford wants to change that by bringing back an updated and improved model.

You can expect to see a lot of these on the roads after the official release.

Powder Coating Wheels Pros And Cons
How Much Electricity Does A Tesla Use
A Hummer That Gets 100 MPG?
Why Does My Drive Shaft Keeps Breaking