You may have heard that letting the car coast in neutral can save you money on gas.

This has been a well-known lie for a long time.

We looked into the matter, though, and found that it’s not true. It won’t save gas to coast in neutral, and it could be dangerous.

But why is it bad for cars with manual transmissions to coast in neutral?

Even in a manual car, it’s not a good idea to coast in neutral because you’re cutting the engine off from the transmission. You won’t be able to act as quickly if something happens on the road. Also, coasting won’t save you any gas because even though your RPMs will drop a little, your pistons will still move and burn gas.

When the car is in neutral, the engine is no longer connected to the transmission. You might notice that your RPMs go down a little bit.

That’s where the idea came from that letting your car coast in neutral saves gas.

But the pistons in your engine are still moving. In fact, they may turn more quickly when you’re going downhill.

The more fuel you burn, the faster your pistons turn. Both automatic and manual transmissions are the same in this way.

Putting your foot on the clutch could help you save some gas. But the bearings in the clutch will also wear out a lot faster.

So, any money you saved on gas might end up going toward fixing your car.

Will I Save Gas Coasting In Neutral In A Manual Transmission Vehicle? 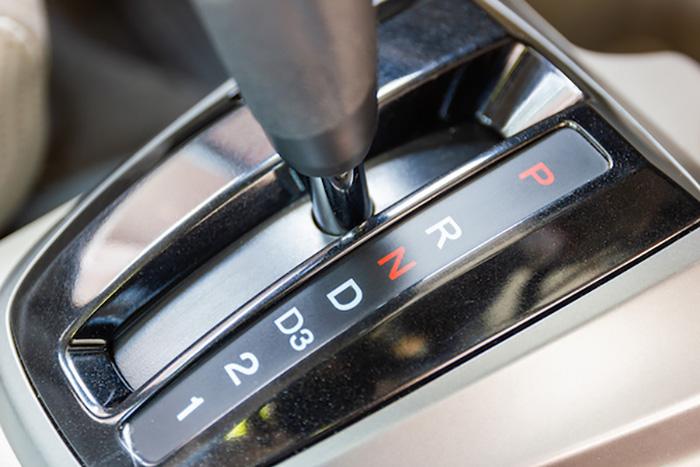 You won’t save any money on gas if you let the car coast. We can measure the car’s fuel injectors to see if this is true.

Every time these turn a full circle, they pump fuel into the pistons. When your car is idling, it usually uses about 1 gallon of gas per hour.

Of course, bigger engines would burn fuel a bit faster than that.

Measuring the fuel injectors while the vehicle is coasting has shown that there is no improvement in performance.

So, you’re just making the engine wear out faster. When the car is in neutral, the engine is not connected to the transmission.

When you put it back in gear while driving, the engine starts up again.

If you’re going fast, that could hurt the transmission. Transmissions aren’t made to change gears while the car is moving fast.

They are supposed to change from a full stop. Going from neutral to 4th gear could put a lot of stress on it.

When you do something like that, you might feel a sudden jerk. The transmission is slamming back into gear, which makes you feel that way.

When changing gears, you usually won’t feel such a sudden jerk.

Still, safety is the main reason you shouldn’t coast in neutral.

When you let your car coast in neutral, you have less control over it.

If something goes wrong, it will take you longer to react. And that means you are much more likely to start an accident.

Will Coasting in Neutral Damage the Transmission?

If you’re just going with the flow, your transmission should be fine. But this could hurt other parts of your car.

Most of the time, the throw-out bearing and your brakes are to blame.

A car’s clutch has a part called a “throw-out bearing.” It’s what stops the engine from running when you press the clutch.

Every time you press it, you put force on the throw-out bearing.

Most of the time, you’ll be driving when you engage the throw-out bearing. But you won’t be interested that long. If you let it coast in neutral, it might not work.

But many people coast by pushing down on the clutch.

If you were to coast like this, the throw-out bearing would be used a lot more than usual.

It is also not easy to change a throw-out bearing. You would have to take apart the whole clutch.

So, you’d have to pay a lot for the work to fix it.

When you coast in neutral, your brakes also don’t work as well. Because you have to use them more often to slow down.

Most of the time, your engine gives you a lot of the stopping power you need. Most of your speed is taken up by the engine brake. Putting your car in neutral stops the engine from slowing down the car. So, you have to use the brakes every time you stop.

If you coast like this all the time, they will wear out a lot faster. The faster they wear out, the more you coast.

So, you shouldn’t have too much trouble with your transmission. Both automatic and manual transmissions are the same in this way.

Does Coasting in Neutral Damage Your Clutch? 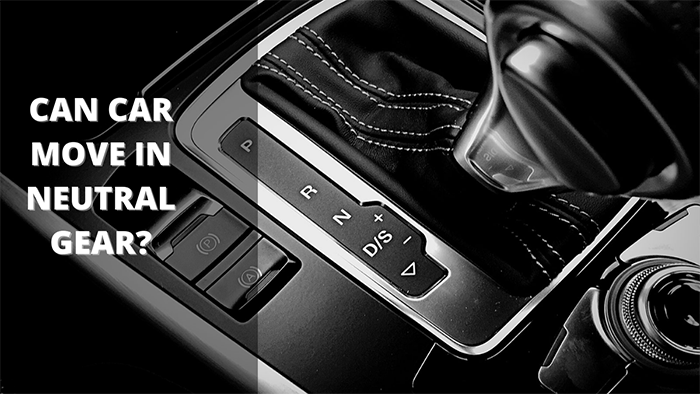 We already said that coasting could hurt your clutch. But letting the car coast in neutral shouldn’t hurt much.

When you put the car in neutral, the clutch shouldn’t do anything.

But if you try to put your car back into gear, you could hurt the clutch. It’s not how clutches are made to go from “neutral” to “drive” at high speeds.

So, when you shift into gear, you might make the clutch slip. It would wear out a lot faster than it should if you did this.

You might smell something burning if you try to put the car in gear.

That’s what the clutch says. If you start the engine at such a fast speed, you’re wasting gas.

Is It Against the Law to Coast in Neutral?

People often wonder if it’s legal to coast in neutral. That depends on where you’re going.

There are no laws against it at the federal level. But the laws in your state might say something different.

Usually, there’s nothing wrong with letting the car coast in neutral. Even so, it doesn’t mean you should do it.

Most states have laws that say drivers must always be in charge of their cars.

One could say that you don’t have control of the car when it’s in neutral.

So, you should try to stay away from this kind of behaviour. You won’t have to worry about breaking any laws that way.

Why Is Coasting in Neutral a Bad Driving Technique?

A lot of people have heard that letting the car coast in neutral saves gas. But that’s not what happens. In fact, there are a few reasons why it’s a pretty bad habit.

You’ll have less control over the car, above all. That makes it much more likely that you’ll get into an accident.

It takes longer than usual to move from neutral to gear. It doesn’t take nearly as long to go from one gear to the next.

Plus, no matter what gear you’re in, you’ll still be able to do some things.

You’ll lose control of the car and put more wear on it. The most important change will be to its brakes.

Most of the time, your engine gives you a good amount of the stopping power you need.

When you’re coasting, you can’t use the engine brake. So, you have to push down on the brakes much harder. The more you use them, the faster you’ll need to get new ones.

You’ll also put more stress on the bearings that move the wheel. Most of the time, you don’t have to push hard on these.

They are only supposed to work when you change gears.

If you change gears quickly at a high speed, your clutch could also burn. That might wear a hole in its pocket. Then the whole clutch would have to be replaced.

Last but not least, you won’t save any gas. Most modern vehicles utilise an electronic control module or ECM. These tell the car how much fuel to put in while it’s running.

So, you’re not saving anything by doing it. All you’re doing is wearing out the car and putting yourself in danger.

Changing Oil On Ramps
Can A Car Battery Die While Driving
What Is The Darkest Tint You Can Legally Get In MA?
Unfreeze Windshield Wiper Fluid