Music makes us feel better, calms us down, gives us comfort, and can sometimes teach us something.

And every now and then, you might want to drive while listening to a personalised playlist. You might also want to get a phone call. It’s legal to play music in our cars, but what about wearing headphones?

Some states, like Iowa, let drivers use headphones while they are driving. In Maryland, Louisiana, Ohio, and Rhode Island, it is against the law to do this. Most other states make it illegal to wear anything that makes your hearing worse, but there are a few exceptions.

Find out by reading on!

Is Driving With Headphones Dangerous? 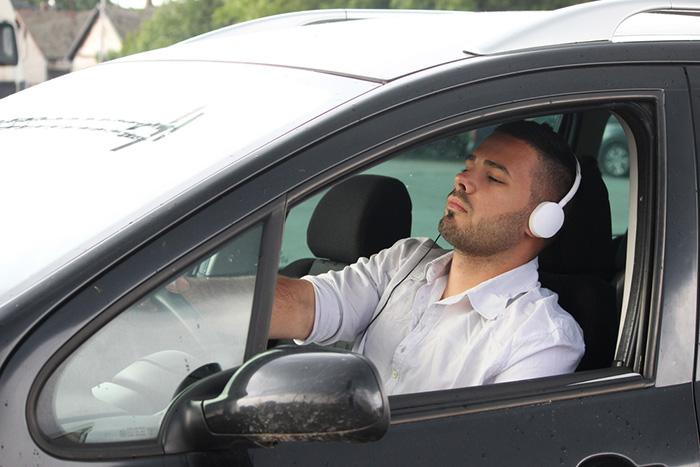 Using headphones while driving is dangerous because it can lead to distracted driving, which is a very serious crime in every state.

Drivers must always be sober and aware of what’s going on around them, especially on busy roads.

When you wear headphones and listen to music, you might not pay attention to what’s going on around you. You might miss a road sign or run a red light.

It can also make it hard for you to hear warnings from other drivers or train crossing sirens.

Accidents can happen if you take your eyes off the road to change the song on your phone or radio.

If you don’t listen for warning sounds that something is wrong with your car, you could even put yourself in danger.

Especially on busy roads, you need to be aware of everything around you to stay safe. If you get into an accident, the other driver can say that you were distracted because you were wearing headphones.

You could end up getting less money or even having to pay.

Traffic cops can still pull you over if they think that your headphones are making you drive in an unsafe way.

In the following states, it is against the law to drive while wearing headphones:

But it is legal for emergency workers to wear hearing aids or devices that let them talk to each other.

Exceptions to Wearing Headphones or Earplugs

Some states make it illegal to wear headphones and earplugs, but there are times when it is okay.

People who have trouble hearing or who drive emergency vehicles or work on construction sites can wear headphones or earplugs because of the law.

If you’re not sure, do enough research on the laws in your area to find out when driving with headphones on can get you in trouble.

In Arizona, for example, it is legal to drive while wearing headphones, but it is against the law for child care workers and school bus drivers to do so.

In Colorado, Florida, Georgia, and Pennsylvania, you can only do it when you’re getting a call, and you can only get the call in one ear.

Drivers in Massachusetts can only use headphones if they are used for navigation.

Is Wearing AirPods While Driving Illegal? 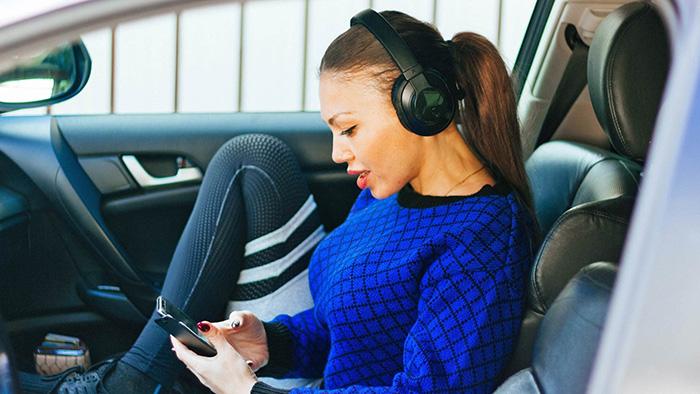 Whether or not you can wear AirPods while driving depends on the laws in your state. In some states, it’s okay, but in others, it’s not.

Drivers should be able to hear everything going on around them, and wearing AirPods makes it harder for them to do that.

In general, the same rules about driving with headphones on also apply to driving with AirPods. Before you hit the road, check with your local government or the Department of Motor Vehicles for more information.

Some of the best headphones are Apple AirPods. It lets you work on other things while listening to your favourite music.

But because the AirPods cancel out noise, you won’t be able to hear much else outside or inside your car. Depending on the state of the road, this could be a very bad mistake.

For instance, a driver can be charged with careless driving if they don’t move over to let an emergency vehicle like a fire truck or ambulance pass while wearing AirPods.

Can You Use Your Stereo While Driving?

Absolutely! While it is illegal to talk on a cell phone or radio while driving, it is legal to listen to music on your car’s stereo.

You can still get pulled over, though, if you’re driving in a dangerous or strange way. For safety reasons, many states say that stereo systems are better than headphones and AirPods.

As much as it is legal to do so, you must set the volume of your stereo so that you can hear warning sounds and other drivers hooting.

Is It Legal to Ride Motorcycles With Headphones?

Different states have different rules about whether or not you can wear headphones while riding a motorcycle. Some states let riders wear headphones, while others do not allow it.

In Colorado, Ohio, Virginia, and Washington, you can ride a bike while wearing headphones that are built into your helmet.

Before riding with headphones, you should check with your local motor vehicle office or the traffic office.

If you wear headphones while riding a motorcycle, it makes things hard for you. If you are in a serious accident while wearing headphones, you are less likely to get out alive, especially if you don’t see it coming.

It’s especially important when you’re stopped at a red light because you won’t hear warning sounds from other cars or emergency sirens. Don’t forget that emergency vehicles can go through a red light if it’s safe to do so.

Also, cars have to move over when they see or hear a siren. Collisions with other cars or people are the most common way for motorcycle riders to get hurt or die.

And since motorcycles have few or no safety features, it’s best not to wear headphones while riding.

If you have to wear headphones for any reason, I’d suggest using headphones that are built into your helmet. They don’t completely cover your ear, so you can still hear what’s going on around you even as you listen to music.

Even though it’s legal in many states to wear headphones, earbuds, or AirPods, it’s still a bad idea.

If you find that headphones make you less alert or responsive or make you feel uneasy, you might want to drive without them.

In the event of an accident, if other drivers can prove that you were wearing headphones, you could be charged with driving while not paying attention.

Be safe and don’t use headphones too much when you’re driving, riding, crossing the street, or using machinery.

What’s The Difference Between K&N Filters and Other Filters?
How Much Brake Fluid Do I Need
Mclaren 720s Spider First Look
15w50 Oil Temperature Range