The 2013 model year was the first one for the Hyundai i10. When the Hyundai Grand i10 came out in India, it had a little more space than the i10 sold in other countries. It was 100mm longer all together and had a 40mm longer wheelbase. CVT Automatic versions of the Hyundai i20 were just released. 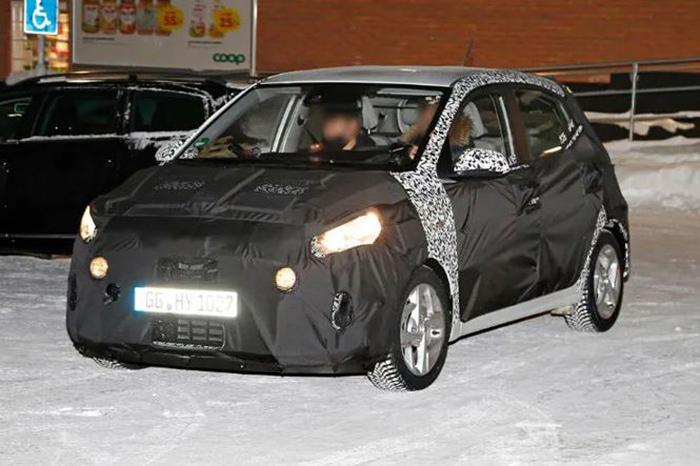 When it comes to changes in design, the new Hyundai i10 is said to be based on the Hyundai Elantra facelift. It will have more streamlined headlights and LED taillights. The hatchback will also have the hexagonal grille that Hyundai is known for. From the side, the car will look like a coupe because of the way the roof drops.

The inside of the new Hyundai i10 will also be completely redone, just like the outside. Even though the i10’s interior design is already pretty good, the new update should make it the best in its class. You can expect a touchscreen for entertainment, climate control, air vents in the back, and control buttons built into the steering wheel.

We don’t think there will be many changes to the engine and gearbox. Most likely, it will keep using the same engines, which are a 1.2-liter Kappa gasoline engine and a 1.2-liter three-cylinder diesel engine. The gasoline engine has a power of 82 PS and a torque of 114 Nm. The diesel engine has power of 75 PS and torque of 190 Nm. Both engines come with either a manual transmission with five speeds or an automatic transmission with four speeds. In the next-generation Hyundai i10, Hyundai India might offer an AMT gearbox instead of a four-speed automatic.

Last month, Hyundai India said that over the next two years, they will bring eight new products to India. This includes a battery-powered SUV called Santro and a new car called Grand i10.