The ability to dramatically alter the appearance of an automobile using a tinted film on the windows has made this product increasingly popular in recent years. There are numerous advantages to using window film, whether it’s on the back window or all of the windows. 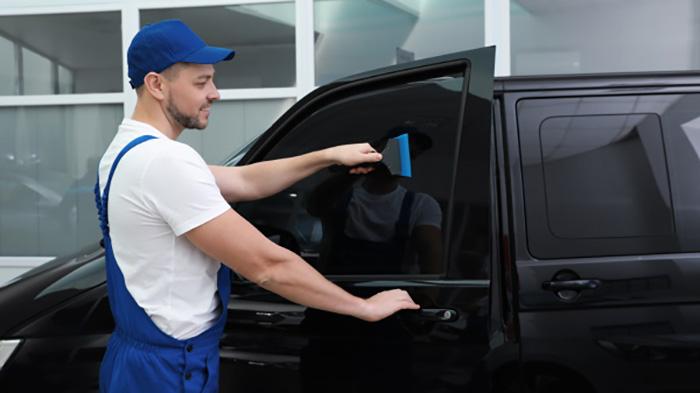 There are several genuine benefits to using automobile foil that go far beyond the visual. It provides UV and thermal protection, among other benefits.

How long does a tinted film last on a window?

In some mysterious way, tinting your windows transforms your car’s appearance from the outside in as well as the inside out. A tinted film is an excellent long-term investment because it can last up to five years.

Even though the foil is ornamental, it is designed to survive all kinds of weather conditions and hence is unaffected by them. In addition, the windows will be shielded from scratches, heat, and cold, and the inside will always be nice.

An anti-theft tinted screen is also an option, but even a simple one will keep criminals from seeing inside the vehicle.

Anti-theft films are far more durable than the windows on which they are applied. Anti-theft film demonstration videos can be found on the Internet, and they demonstrate the film’s resistance. Even in the event of a car accident, the windows will not shatter since the film that covers them will keep them together.

How long does it take to tint your car windows?

The tinted film installation process can take up to two hours, and the cost is dependent on the film’s quality and the vehicle’s size.

Is it legal or not to have tinted windows on a car? 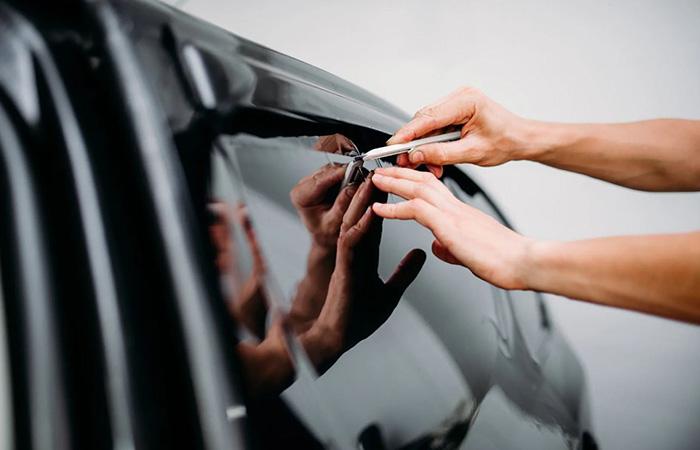 Some European and American rules require a minimum transparency of 75% in the driver’s field of vision for the windshield. The side windows on the front of the vehicle must be at least 70 percent transparent. Transparency can be as low as 70% for the remaining windows. However, there may be differences in national legislation on this issue.

Tinted or transparent (protective) window film needs to be properly certified and, in certain cases, labelled before it can be applied to your automobile, and it can only be done at an authorized workshop. If the car has exterior rear vision mirrors on both sides, the rear window is not considered to play a vital role in the driver’s visibility.

Only the side rear windows and the back glass of the automobile are typically tinted by most drivers. However, in some countries, these films can also be installed on the front windows.

For added safety, you can apply an anti-UV film to the windshield (you may have noticed automobiles with purple windscreens; this is because they have this type of film applied) to prevent cracking or scratches caused by wipers when traveling at high speeds.

Especially if you want to drive legally, it’s best to use only a protective windscreen film (one that is 100 percent transparent). Light adaptable film is another term for this.

What exactly is a light-adaptive film?

Protecting the driver’s eyes but still allowing for optimal sight in dim light is the goal of this feature. A great purchase for frequent drivers, in particular. Infrared solar glass is also known as a factory-installed feature on some high-end vehicles.

It’s important to keep in mind, however, that violators, if found in traffic, may be forced to forfeit their vehicle registration until the issue is resolved, or maybe lose their vehicle altogether. There will also be a hefty punishment. There are also technologies that can tell you how transparent the windows really are.

How much does it cost to tint car windows?

Depending on the type of film, colored and protective films might cost anywhere from $ 200 to $ 3000. The benefits of colored film far outweigh the cost, and it’s a worthwhile investment.

How Much Does It Cost To Fix A Scratch On A Car Bumper
Car Makes Noise When Turning Right But Not Left
What Are The Causes Of Boiling Coolant?
What Is Brake Caliper Sticking?