A key element in the Miami Intermodal Center’s (MIC) Program is its Joint Development strategy. It has been established for the MIC to capture the economic development potential in the area. 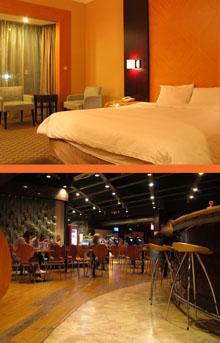 When built out, it will help to offset capital and potentially long-term operating costs of the MIC. This development will also enhance the functionality of the MIC by encouraging ridership on the various methods of public transportation serving the MIC. At completion, approximately 75,000 passengers will use the MIC on a daily basis. Sixty percent, or 45,000, of those users will be traveling to or from the Miami International Airport on the people mover system that connects the airport with the MIC.

The Joint Development component of the MIC Program consists of public and private ground lease development opportunities. It may use up to 1.4 million square feet of mixed-use development (without having to complete the Development of Regional Impact [DRI] process) that may be built in conjunction with the Miami Central Station. Possibilities include: offices, hotel and meeting space, parking, ancillary retail and restaurants. The Florida Department of Transportation may either lease or sell these joint development parcels to a private developer or another public agency. If the latter, the public agency would take the lead with procuring the services of a private developer.

Immediately east of the Miami Central Station may be the potential site for associated development. Redevelopment of this area, which today is in private ownership, offers the potential for an additional 4.5 million square feet of mixed-use development. Possibilities could include offices, hotels, retail and entertainment.