The limited edition Z800 from Kawasaki has been released in India. It costs Rs 7.50 lakh (ex-showroom, Delhi). The new paint job on this limited edition model, which has blue, black, and red accents, is something that makes it stand out. Other than that, the bike is still a Z800 underneath. 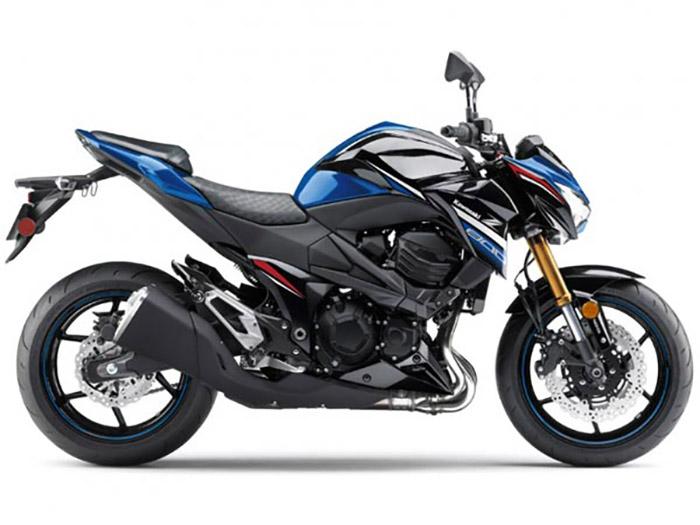 The upper part of the headlight cowl and the back of the limited-edition Z800 are blue. The glossy black tank with a small blue stripe running along the bottom is a great match for the colour. Also, the front fork is gold, and there are blue rim tapes and a few red and white stickers.

The Kawasaki Z800 is powered by an 806cc inline 4-cylinder engine that makes 113PS of max power at 10,200rpm and 83Nm of max torque at 8,000rpm. The front suspension is done by KYB forks, and the back suspension is done by a fully adjustable shock with a remote reservoir. Dual 277mm petal discs up front and a single 216mm disc in the back provide stopping power.

When it first came out in India in 2014, the Z800 was well received by Indian motorcycle fans. This is because the bikes are well made, have a powerful inline-4 engine, are priced competitively, and are sold in a large number of Bajaj Probiking showrooms. At Intermot 2016, Kawasaki recently showed off the Z900, which will replace the Z800. India should switch from the Z800 to the Z900 next year. So, this limited edition Z800 could be the company’s way of celebrating how well Z800 has done and keeping sales steady at the same time.

What Is A Towing Package?
Are Audis Good In The Snow
Will A Bad AC Compressor Affect The Engine
Toyota Driving School Delhi Faridabad