Kawasaki has released the Vulcan S, a new cruiser motorcycle that costs Rs 5.44 lakh (ex-showroom). In the Indian market, the Kawasaki Vulcan S will go up against the Harley Davidson Street 750. Since they have a lot of models, Kawasaki India has been doing pretty well in terms of sales. But there wasn’t a cruiser in the line-up. The Vulcan S will now fill that gap. At the company’s Chakan factory, the Vulcan S is being put together. And there is only one “flat ebony” black colour choice for now.

The Vulcan S is based on the ER-6N naked motorcycle, which is no longer made. The Z650 has taken the place of the ER-6N. The Vulcan was made to look like a cruiser. It has a big gas tank, a long wheelbase, leather seats, and a round headlight. Still, it has some modern features, such as a rear monoshock, alloy wheels, and a semi-digital information cluster. 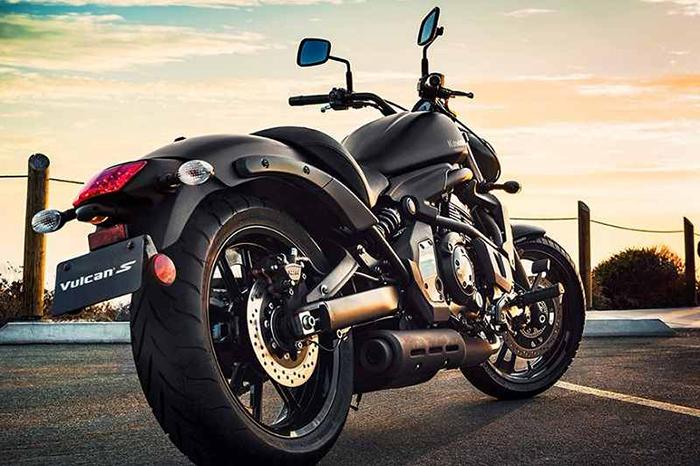 The Vulcan S has a 650cc parallel-twin engine that makes 61PS of power at 7500 rpm and 62.78 Nm of torque at 6600 rpm. Yes, it’s the same workhorse engine that’s in Kawasakis like the Ninja 650 and Z650, but the Vulcan’s engine is tuned differently. The engine is hooked up to a gearbox with six speeds.

Based on the ER-6N, the chassis is a diamond-shaped frame with front telescopic forks and a rear monoshock that is offset. The monoshock can be changed in seven ways, depending on how heavy the rider is and what they like. Single rotor discs at the front and back help stop the car. The ABS system is already built in.

Yutaka Yamashita, Managing Director of India Kawasaki Motor, talked about the new bike. He said, “After our sports bikes, tourer bikes, naked bikes, and off-road bikes got established in India, we thought it was time to bring this cruiser to the market. We can’t think of a better way to start off 2018 than by introducing our Vulcan brand, which is known all over the world. It’s different from other cruisers because its engine is powerful but easy to control, it’s easy to turn, it’s light but stable, and it rides well on the highway. Also, it has a 14-liter fuel tank and gets good gas mileage.