The majority of the time, if your car key becomes stuck in the ignition, you can still remove it by plugging it out. Do not try to force the issue this time around, because it could lead to a far worse outcome. Find out what to do if you ever find yourself in this position. If you’re looking for an expert on this subject, you’ve come to the right place. More information is available on the about page.

A key locked in the ignition is one of the most perplexing issues that may arise with a vehicle.When you’ve tried to remove this 1,000 times previously and it still refuses to come out, you know something is wrong.

What causes a key to get stuck in the ignition?

Most problems can be resolved by addressing the most prevalent causes. For example, you may assume you put the car in Park, but it’s actually in accessory mode, or the steering wheel may be locked. Otherwise, the ignition cylinder or the key could be the problem.Fortunately, we’ll go over the most common causes of keys getting jammed in the ignition in this guide.After that, we’ll offer some solutions to the problem. 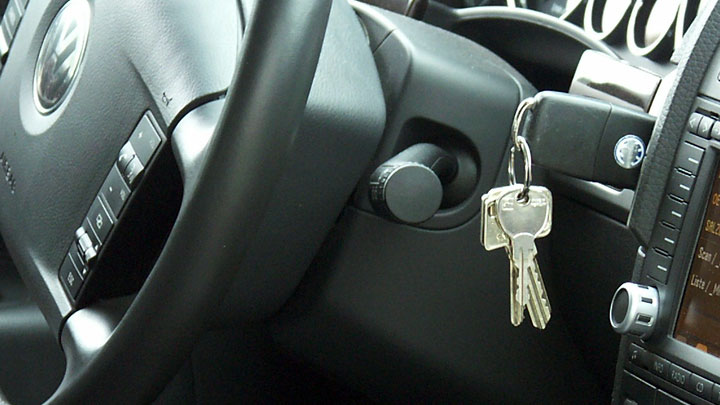 Your Car Is Not In Park

You won’t be able to get the key out of your car if the automatic transmission isn’t in Park mode. A manual gearbox vehicle that is not in Neutral is in the same situation. If you don’t, we won’t tell anyone about it. The rubber or plastic shifter track may have bunched up on some vintage autos. It’s also possible that some debris has gotten caught in the sidewall, preventing you from shifting into Park.

You Never Actually Turned The Car “Off”

Most automobiles with a hard key also include an accessory mode, in case you didn’t know that already. There’s usually a single “click” between this and the Off setting (counter-clockwise).Accessories such as the radio and power windows can be operated without turning the car on thanks to accessory mode. It’s possible you were in a rush and missed it. A simple one-click turn of the key will do the trick.

The Steering Wheel Is Locked

To keep your key from slipping out of the ignition, consider using the wheel lock as an extra layer of security. If there is some force on the wheel when shutting the engine off, this will activate. While the wheel lock is designed to keep the vehicle from moving if the key is lost, the problem can be easily solved. When turning the key and the wheel, use only light pressure. Attempt the other direction if you don’t hear an audible “click.”

Turning the key too firmly can result in a faulty ignition. Doing so could cause it to break, which is a completely different problem that requires special tools or a locksmith to fix.

The Battery Is Dead

You can’t remove the key if your ignition system isn’t powered, and that can be a problem if your battery is dead.If you turn the key and hear a repetitive “clicking” sound, your battery is dead. Your vehicle will need a jump start in this situation. If you’re still hearing a clicking noise, it’s possible that the battery has to be replaced.However, this is a simple technique that can be done at home and costs between $50 and $120 for a new battery.

There’s Debris On The Key

In the event that you’ve ever had a key replaced, you’re aware of how finicky they can be. Fortunately, it’s possible that the key isn’t rotating in the ignition cylinder because of debris on it.The majority of us have used our car keys like a swiss army knife, whether we confess it or not. To scratch things, dig things out, open mail or boxes, or even to open a bottle or two if the time arises (non-alcoholic, of course). It’s possible that any of these could lead to a buildup of debris on the key. The problem should be easily remedied with some rubbing alcohol and little scrubbing.

The Ignition Cylinder Is Faulty

In addition, a defective ignition cylinder can cause problems. When ignition cylinders age, their internal mechanisms may begin to malfunction. The key may not be able to be taken out if this occurs. About $80 to $250 is the average price range for a new ignition cylinder (also called an ignition lock). Reducing the amount of objects on your key ring is an excellent strategy to extend the life of your ignition cylinder. Premature aging can occur as a result of the back and forth swaying, which increases the likelihood of your key becoming trapped in the ignition.Re-inserting and jiggling it about with WD-40 might help you pull the thing out of the spout in the first place. You may be able to extend the life of the device by lubricating the internal mechanisms. 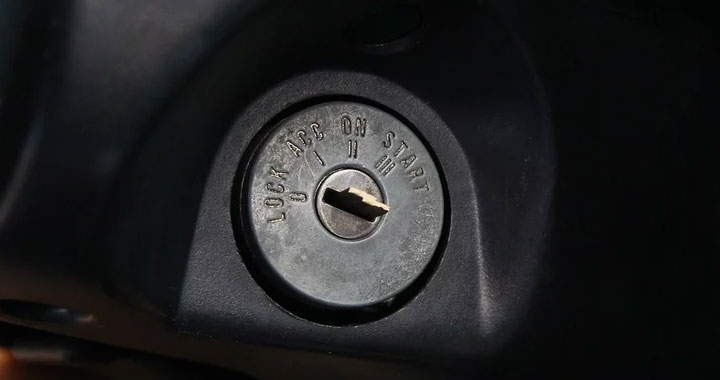 The Key Is Worn

The final option is that the key itself has worn out or is otherwise defective. As previously said, the majority of us utilize our keys to solve a slew of non-car-starting problems while we’re on the go. Look for evidence of wear, although even that can be dangerous. The most important thing to check for is a crack, since you don’t want your key to break off in the ignition cylinder while it’s in there. Call your local auto parts store, give them the VIN, and have them cut you a new one.

Is Your Key Stuck In The Ignition? Don’t Try To Force It

A key stuck in the ignition is never fixed by putting more pressure on it. Eventually, you’ll have to call a locksmith or employ a specialized instrument to get it out, as this will just cause further damage. You should, however, take a moment to double-check that your car is in Park, that your steering wheel lock is not on, and that you are not operating your vehicle in accessory mode. Otherwise, you’ll have to figure out if the problem is with the key or the ignition cylinder……………………………………